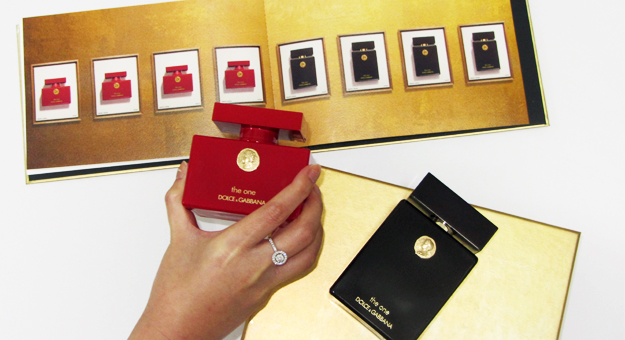 If you’re familiar with Dolce&Gabbana’s fashion collection for 2014, you’d notice the allusion to ancient Sicily and the Greek culture, two regions that are significant to the brand’s history.

Inspired by the iconic symbols cherished by the fashion designers, the brand launches The One Collector’s Edition for Him and Her, each featuring the imprint of a gold coin on the flacon, a strong motif on the runway this year for Dolce&Gabbana. This duo of fragrances take on an opulent appearance, with the women’s fragrance interpreted in Dolce&Gabbana’s iconic red, and the men’s in deep rich brown. These intense colours play up the gold coin motif, which are emblazoned with the profile of mythical Greek gods: a female god for The One and a male for The One for Men, symbolising wisdom, courage and intelligence.

Both carry intense scents that are distinctive and perfect for a glamorous night out. The fragrances are designed to portray the image of an enigmatic woman of fierce yet sparkling splendour, and the man whose sophistication commands the attention of all around him.

We love how The One has an exotic scent that’s rich and heady. It smells oriental, luxurious and timeless. The One for Men, on the other hand, is a modern scent that you’d imagine a gentleman wears. It’s masculine, refined and vibrant.