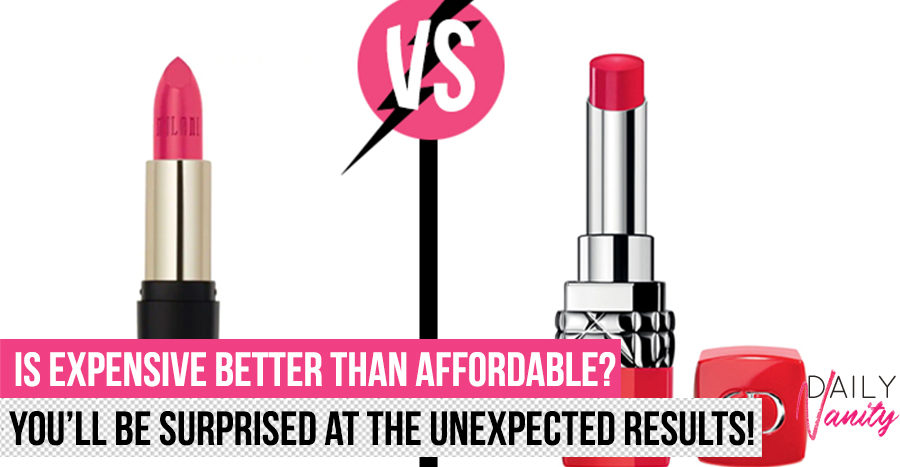 Wonder no more, for we bring the answer to you!

We did a little experiment in the ultimate battle between expensive and affordable. Makeup, haircare, skincare, and even hand-care products were put in unmarked containers and handed out to be tried by the rest of the Daily Vanity team for a week.

The most important part of this top-secret experiment? The reviewers were not aware of which product was expensive and which was affordable. After one week, the reviewers shared their honest opinions and we’ve put them together in hopes of finally tackling the big question when it comes to beauty products.

Does a higher price tag automatically mean you’re getting a better product? 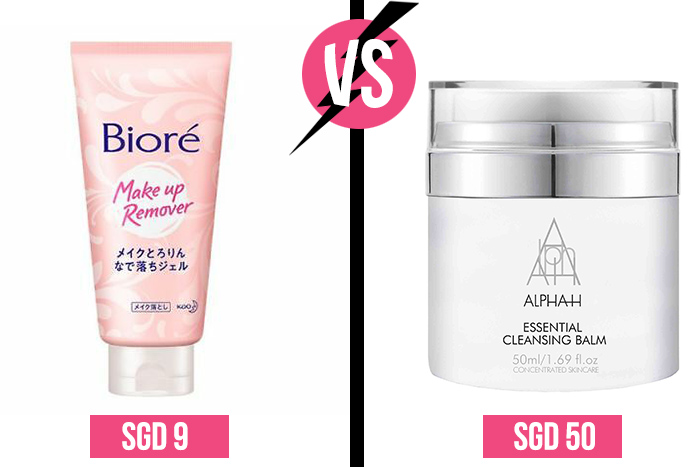 As far as beauty regimes go, the most crucial one would have to be proper removal of makeup at the end of the day. But will splurging on expensive makeup removers give your face a level up in the world of fresh skin?

Our tester Vivian’s answer seems to be a resounding no. Right from the start, she preferred the affordable Biore Makeup Remover due to its scent, or lack-of, rather. The Alpha-H Essential Cleansing Balm had a distinct smell she wasn’t fond of and it was also way greasier. While both products melted on the skin and were easy to spread, the Alpha-H one was too oily for her and even broke her out after just one day of using it on one half of her skin! 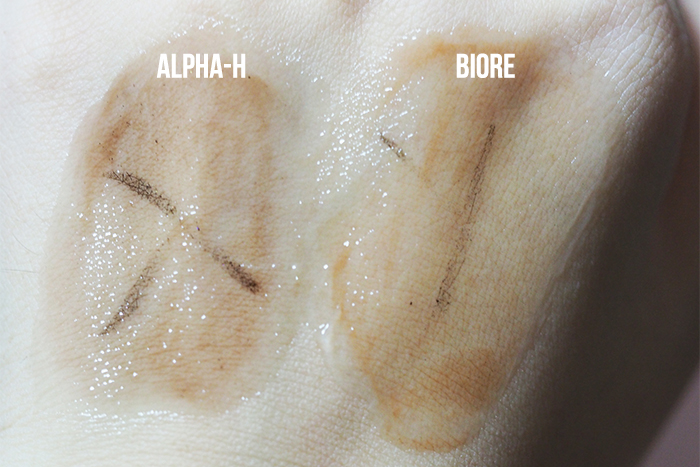 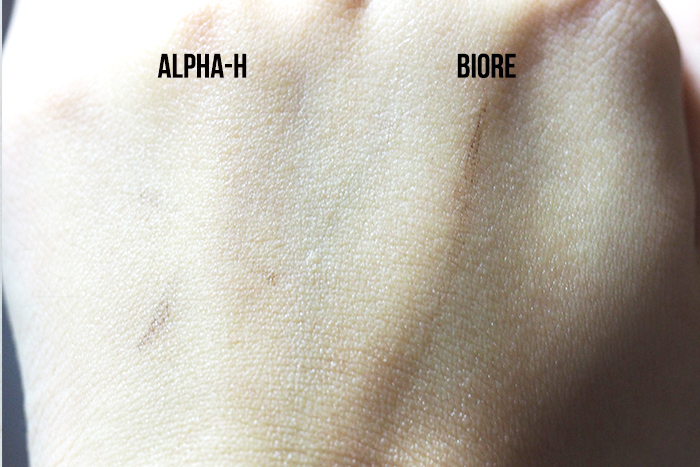 When it came to removal powers, both products successfully removed most of her waterproof, long-lasting eyeliner so they were more or less on par on that subject.

Vivian’s skin type: Combination-oily
Verdict: Although both products managed to effectively remove the makeup, this test concluded the Biore makeup remover as the winner because of its deal-breaking scent, and texture – especially how it wasn’t as greasy as the Alpha-H one.
Available here: Biore, Alpha-H 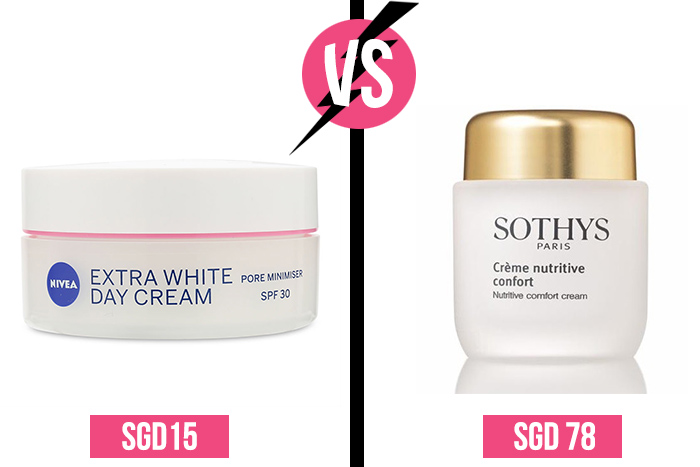 Spending close to SGD100 for a small pot of moisturiser might seem obscene to some, while others swear by an exquisite packaging, silky formula, and an intoxicating scent. But artful packaging aside, we have to wonder if the pricier product is worth it when it comes to keeping your skin hydrated? Apparently not. Carrying out the blind test, our tester Mel, preferred the NIVEA Extra White Day Cream. As seen in the image, both products look almost identical and had very similar textures. However, she felt that the Creme Nutritive Confort by Sothy’s was not absorbed as well into the skin as the NIVEA one. In fact under makeup, Mel felt that her skin actually became oilier and even felt ‘suffocated’ with the Sothy’s moisturiser. Primers are integral to creating a flawless base for your foundation and the basic expectations in a primer is that it should last all day giving you the look of a perfect complexion. With so many different primers on the market, it can be hard to pick the one best for you so we put these two popular primers to the test! 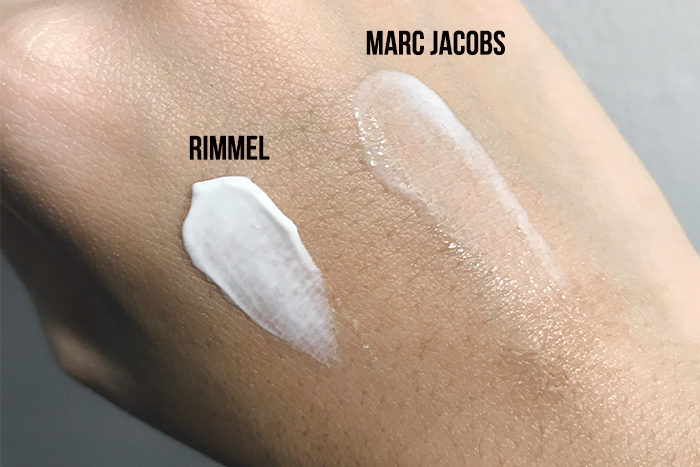 Our tester Wan Kee mentioned that the biggest difference between both products are in the textures. While the Marc Jacobs Perfecting Coconut Primer felt more watery and oily, the Rimmel Stay Matte primer was thicker and easier to blend. Both primers did not have any strong smell. Putting it to the true test of how well it lasts underneath makeup, Wan Kee tried each product on half her face. Even with oily lids, she felt the Rimmel primer kept her eye makeup looking fresher with almost no creasing at the end of a long day!
Wan Kee’s skin type: Combination
Verdict: There’s a reason this Rimmel primer is a popular drugstore one and it’s clear to us in this experiment. Unless you have very dry skin, chances are you might prefer the Rimmel version, compared to the oilier and more runny Marc Jacobs one.
Available here: Rimmel, Marc Jacobs

Gel eyeliner is the best of both worlds – the perfect balance between liquid (which is precise, but can be tricky to do), and pencil (easier to use, but harder to make thinner lines). But when it comes to the battle between high-end and affordable gel liners, which one emerged as the winner? Psst, if you’re wondering how we managed to keep the identities of the eyeliner a secret, let’s just say duct tape was our best friend.

Our tester, Vivian took these eyeliners to the test and realised that it was easier to draw a fine line with the Heroine Make Long Stay Sharp Gel Eyeliner because the lead was thinner and it was more pigmented than the Marc Jacobs Highliner. Hence, there was not much tugging or redrawing needed with the Heroine Make eyeliner to achieve a bolder look. 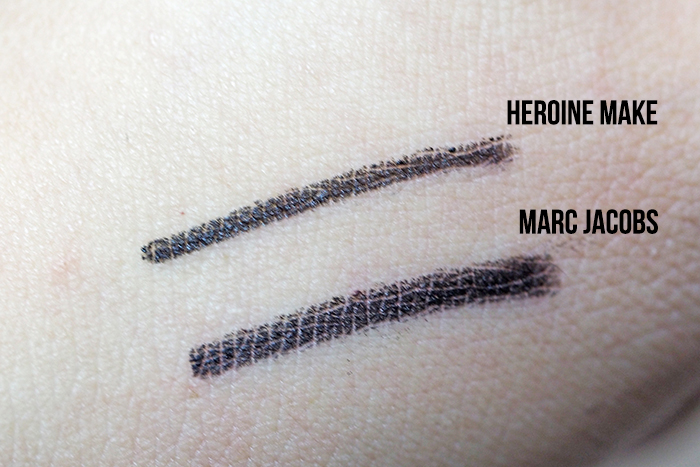 The Marc Jacobs eyeliner also has its own advantages such as going on smoothly and being less brittle. However, since both eyeliners are not smudge-proof, Vivian did find tiny black flakes and smudges on her lower eyelid as the day progressed.

Verdict: This one was a tough fight as both eyeliners had their own merits. But the eventual winner picked by Vivian was the Heroine Make Gel liner – purely because it was easier to control and draw a precise line to achieve exactly the look she wanted.

Let’s just all agree that nothing quite elevates your makeup game like a good pop of colour on your lips. But is your best bet in achieving that chic look a luxurious lipstick? Time to put it to the test. Both lipsticks had their merits, according to our tester Alyaa. The Rouge Dior Ultra Rouge lipstick glided on smoothly and easily like a dream, and settled to a satin finish eventually. Despite its strong pigmentation, it felt moisturising, but thick and she knew it was there. The Milani Bold Matte lipstick also glided on easily, with a powdery matte finish that was not uncomfortable. It had amazing coverage and pigmentation and even left behind a gorgeous tint after removal.

The best part about it was how long it lasted and how well it handled meals – we’re talking Roti Prata and Iced Tea! The only issue was that it settled slightly on the dry patches of Alyaa’s lips but that’s nothing some exfoliation and lip balm couldn’t fix.

Verdict: While Alyaa really liked both lipsticks, when it came to serious business, she picked the Milani Bold Matte lipstick. The ultimate feature that won her heart was how the Milani lipstick needed almost zero touch-ups throughout the day and was so easy to use. Now that’s a long-lasting lipstick.

Despite being an area that is one of the first to show signs of ageing, we often forget to include our hands as part of our skincare routines. But it’s so important to show your hands some TLC, high-end product or not! Our tester Karin tried both exfoliating hand scrubs and was left with moisturised, nice smelling hands – but the question is which one did the job better?

While the Yves Rocher Hand Exfoliating Care Oil had a great fresh smell, the Crabtree & Evelyn La Source Miracle Moisturising Hand Scrub exfoliated her hands more deeply and left her with smoother hands. It even felt like a pamper session!

Verdict: Despite the better smelling Yves Rocher hand scrub, the winner had to be the Crabtree & Evelyn hand scrub because it fulfilled its basic functions better – soft, moisturised, and supple hands, with the added bonus of feeling luxurious!

Whatever your hair colour, type or texture, your luscious locks will always benefit from a dose of nourishing hair treatment. Our tester Alyaa tried two rinse-off hair treatments on different halves of her head to see which one did better. The L’oreal Repair Remedy Balm checked off all the wrong boxes for our tester Alyaa, with its lumpy texture, synthetic fragrance, and quick drying down. However, it did leave a beautiful fluffy volume which she normally doesn’t see. As for the Vernon Francois Revamp Repair Cream, it smelt great, had a smooth texture as well as a lightweight formula which allowed it to wash off easily. True to its claims, Alyaa’s hair felt conditioned and silky smooth instantly after washing off!

Verdict: Which one would Alyaa reach for again in a heartbeat? The Vernon Francois Repair Cream is the winner! Anyone who wants instant results in a repair cream – maybe its better to stick with the more luxurious product for now.

Can you believe that out of seven products, only an astonishing two high-end products were preferred over their affordable counterparts in our experiment?

But this is in no way conclusive that high-end products aren’t worth their price tag, because we’re pretty sure if the experiment was repeated on reviewers with totally different skin concerns and skin types, we may be yielding different results. What this experiment shows, however, is that the price of a product isn’t the most important factor that should determine whether a product is good or not.

At the end of the day, you have to try it for yourself and answer yourself honestly if the product really works for you – regardless whether it comes with a prestigious brand name and/or a beautiful packaging.

Or maybe do a blind test – like we did!