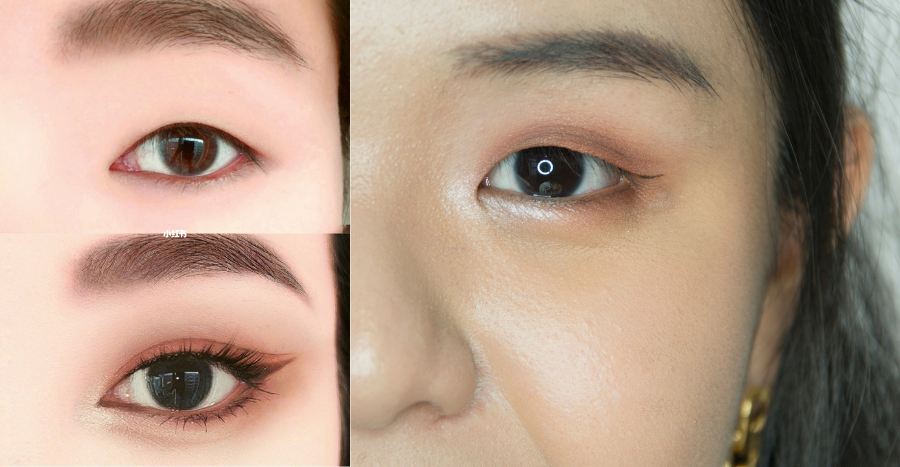 While it is yet another beauty standard set by society, it’s hard to deny the fact that double eyelids continue to be a much desired trait amongst Asians – including Singaporeans.

From eyelid tape and glue to double eyelid surgery, there is nothing people wouldn’t do to create that tiny fold above the eye. But if you’re sick of taping your peepers and going under the knife isn’t really an option, we’ve got news for you.

Discovered recently by the Beauty Information Bureau account on the influential RED (a.k.a Xiaohongshu, China’s equivalent of Instagram), user @bystander shared a makeup trick that purportedly can give monolids a fake double eyelid look whilst enlarging your eyes to look twice as big.

The said trick, which has garnered more than 47,000 likes and over 270 comments to date, involves nothing other than an extended cat-eye makeup to create the eye-enlarging effect à la BLACKPINK‘s Jennie.

The Daily Vanity team was certainly intrigued when we came across this hack, so we decided to give it a go ourselves to see if it really works. But before we get into our verdict, here’s the step-by-step guide as shared on RED.

A four-step guide to creating fake double eyelids with makeup

Step 1: Prime and brighten the eyelid

To begin, Bystander used a brownish-red eyeshadow palette to help make the fold line (which will be drawn on later) blend more naturally. A warm-toned palette that houses matte, pearl, and glittery colours like the Play Colour Eyes Eye Shadow Palette in Orange Bianco Latte by ETUDE (S$42.90) would be your best bet.

Using an eyeshadow brush, pick up a good amount of peach-coloured shadow and apply it across your upper eyelid just below the brow bone and under your eye.

Then, blend and smudge a bronze colour across your upper eyelid and about half of your lower lash line starting from the centre of your pupil to the outer corner.

Next, use a champagne shade and dust that on the inner corner of your eye as well as the inner half of your lower lash line to brighten the eyes.

The upcoming steps are to intensify your eyeshadows before gradually drawing the fake double eyelid crease.

To do so, use a light coffee shade to deepen the undereye area Then, you’ll need to gently apply the same colour slightly above your upper lash line – this will serve a mark for you to draw on your double eyelid fold later. Remember to just mark a line across, don’t be too heavy-handed!

Subsequently, blend a golden brown hue on the spot where you had marked the fold earlier to make the overall eye makeup look and feel more natural.

Then, it’s time to turn those droopy eyes downside up!

To do so, take a light brown eyeliner (Bystander used a gel-type liner for her look) and draw on your upper lash line as close as possible first before extending the tail to a slightly raised cat-eye at the end.

Using the same eyeliner, move on to line your lower lash line but only at the outer half of your undereye starting from the centre of your pupil to the outer corner. This step can allegedly make the eyes look wider and more rounded.

Finally, we’ve come to the highlight of this makeup tutorial!

To achieve the fake double eyelid look, use a brown liquid eyeliner (Bystander used the Clio Waterproof Pen Liner in Kill Brown, S$26.90 at Watsons) at the spot where you had marked with eyeshadow earlier on and draw light strokes on the fold.

To finish, use the same eyeliner to fill in the inner corner of your eye to further “open” your eyes – this supposedly makes you look awake and energetic.

While we were initially intrigued to try the pseudo-double eyelid makeup, our excitement gradually turned into exhaustion because of the significant need to control our strength in applying the eyeshadows and liner in order to achieve light finishes and gentle strokes.

During our trial, we also observed that the intensity of the eyeliner you use as well as the design of the eyeliner tip can make or break the look. As we did not use the same eyeliner that Bystander used in step #4, it was difficult to recreate the same effect that resembled a double eyelid crease.

On our marketing intern Jia Mei (who tried the tutorial herself), the crease hardly formed with the liquid eyeliner she had on hand and it was only after several strokes of liner plus some blending with a dark brown eyeshadow that she managed to achieve a crease that looked somewhat natural.

We also noticed that you’d have to draw thicker lines on your upper and lower lash lines in order for the sultry cat-eye to show through a single eyelid.

All in all, we think that this hack is worth trying if you want to sport double eyelids without getting your eyes cut and stitched.

However, you have to be prepared to spend a fair bit of time to recreate the look as you’d have to painstakingly achieve the varying intensities of the eyeshadows and liners – patience is definitely a big bonus, too.

When you manage to master the steps, we have no doubt that you’ll look like a Korean superstar!