Kat Von D Tattoo Liner Review: Is it as good as they say? 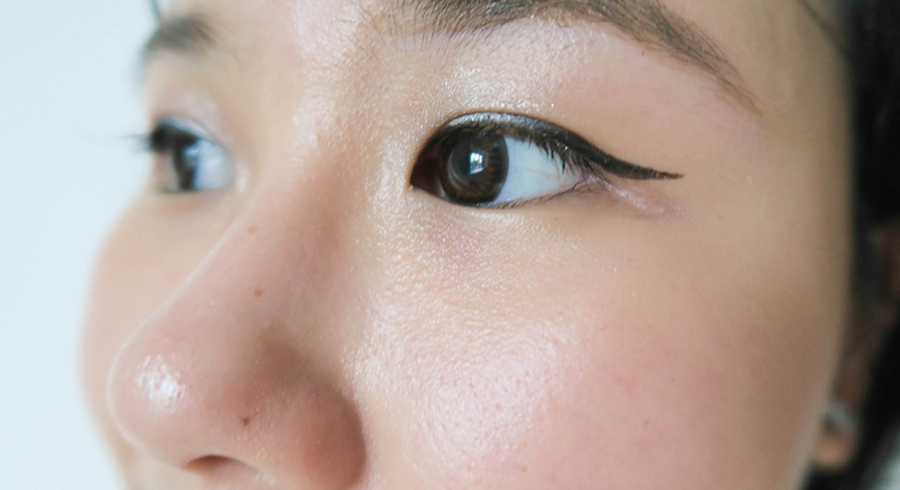 Katherine von Drachenberg, probably better known as Kat Von D, went from famous tattoo artist (on reality TV, LA Ink) to cult beauty brand owner in 2008, as she launched her makeup brand (which goes by her namesake) inspired by her first love, tattoo. While the Kat Von D brand is relatively young, it has won over fans from all over the world.

The brand was placed in Daily Vanity‘s list of “beauty brands we wish were in Singapore“, and our dream came true quickly when Sephora Singapore announced that Kat Von D will be available at their stores and online.

The Kat Von D Tattoo Liner in Trooper is on the top of our wish-list from the brand’s offering. This jet black liquid eyeliner pen has over 325 bristles and is designed to help you create lines that can be very thick or thin, depending on what you want. Inspired by tattoo ink, this is said to be a highly-pigmented, waterproof eyeliner that can stay on all day. Is it really as great as it sounds? We put it to the test.

I can’t live without eyeliner, because it helps make my eyes look more awake. So even on days when I’m too lazy to apply any foundation or lipstick, I might still spend some time on eyeliner. However, the humid weather in Singapore and my oily eyelids just don’t see eye to eye (no pun intended). My eyeliner often end up below my eyes, sometimes even before I step out of the house, and continues to budge throughout the day. This is even when I use eyelid primers that people swear by. And this is an ironic problem, because the smudges give me the look of dark eye circles, when I really am hoping eyeliner could make me look like I had enough sleep.

Kat Von D impressed me in exactly this department, which I so desperately needed. Since I’ve started using the Kat Von D Tattoo Liner, my eyeliner hardly smudges anymore. It gives me so much assurance and freedom to know that I no longer have to self-consciously check my eye makeup throughout the day or constantly clean up the smudges (before anyone points it out to me).

The brush is well-designed such that it is very easily to control the line. I never had any trouble getting the line that I desire, even when I only have one hand free (for example, when I’m not in front of a mirror and had to use a hand-held one).

This is after applying it over once.

The only small gripe would be that I wished it were a little darker. Compared to most other eyeliners I’ve tried that claim to be jet black, the Kat Von D Tattoo Liner isn’t as dark. However, it is possible to achieve an intense line if you go over it a few times. And for that few extra seconds of application just to use an eyeliner that would last the whole day without smudging on me, I’m totally not complaining.

The Kat Von D Tattoo Liner retails at SGD32 and is available at Sephora, including its online store.