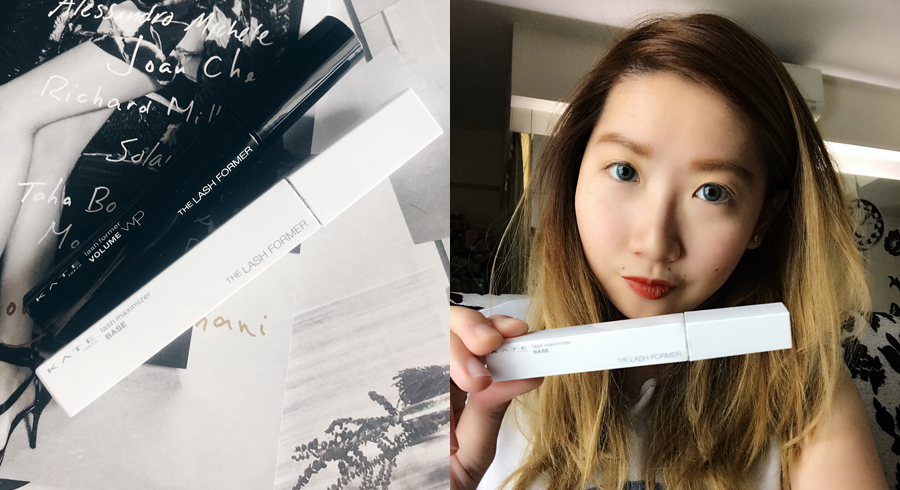 Obtaining long, curled, and voluminous lashes can be a real challenge when you have Asian lashes.

Some of you might be wondering: what, pray tell, are Asian lashes? Well, long story short: Asian lashes are naturally straight and downward pointing. This, hence, makes it close to impossible to achieve that wide-awake look that is so popular these days, even after applying multiple coats of mascara on! Yup, unfortunately, the end result mostly leads to clumpy, spidery lashes more than lifted and voluminous ones.

So, does this mean that us Singaporeans should give up on getting the long, curled, and voluminous lashes of our dreams?

Hmm, maybe not just yet! As of late, we’ve been hearing about a legendary mascara system that gives you precisely all of this, with it even teaching your eyelashes how to curl?!

Kate Lash Former Review: what can it do for you?

A lash evolution is imminent with the Kate Lash Former. Slated to lengthen and volumise lashes, the Kate Lash Former also makes eyelashes ‘memorise’ the way it curls, fixing it so curled, voluminous and long lashes are just a flick of a mascara wand away.

This means that your eyelashes ‘learn’ to curl more each time mascara is applied, keeping them curled on the inside and the outside. This can be credited to the penetrative curl fixing ingredient found within the Kate Lash Former’s formula, which keeps them curled and perky all-day long.

Hmm, we’ll admit: it sounds a little too good to be through. Is the Kate Lash Former as revolutionary as it claims to be, or will it fall flat? To test it out, we decide to let one of our writers review it. Let’s see what she thinks of it!

Kate Lash Former Review: how do we like it?

As someone who is extremely picky when it comes to her mascaras, I was initially extremely hesitant to try out the Kate Lash Former. Having tried everything from a extreme volumising mascaras and lash extensions (which are a little too OTT for the wide-awake look), I had pretty much resigned myself to having short and impossibly straight lashes all my life. After explaining my needs and wants when it came to my lashes, I was issued the Kate Lash Maximizer N as well as the Kate Lash Former WP Volume. Using both products would, apparently, give me defined and voluminous lashes that are also smudge-free.

Sounds unrealistic, especially considering Singapore’s humidity. Nevertheless, I decided to give it a shot. 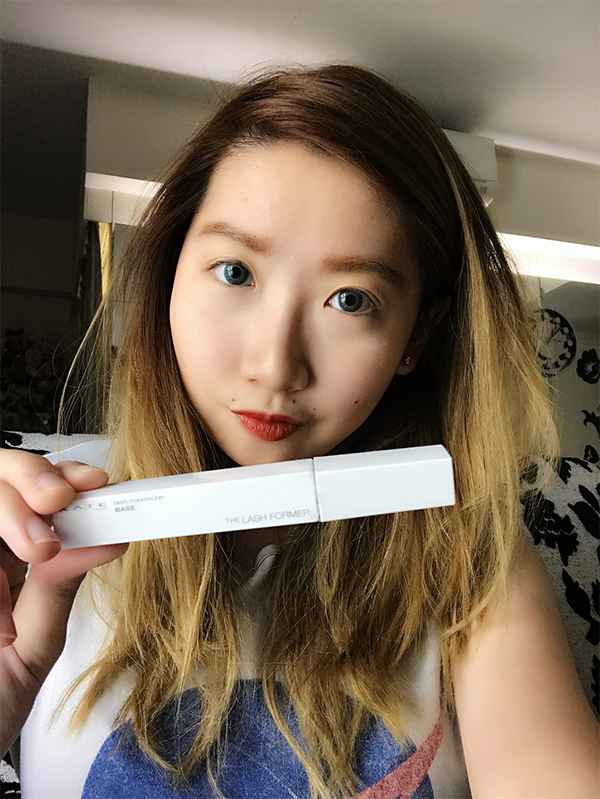 According to the instructions, I was to start with the Kate Lash Maximizer N, as it works as a base. Containing a penetrative curl fixing ingredient as well as a eyelash fixing ingredient, it comes with lash-like black fibres that makes lashes appear fuller, thicker, and more voluminous than before.

Upon applying a coat or two, I noticed that they give me natural, fluttery lashes that are visibly lengthened. Amazing! 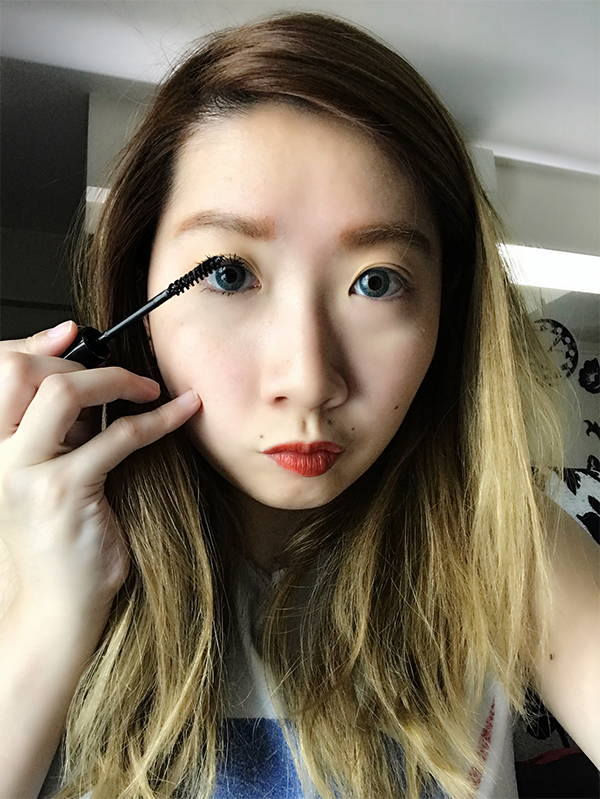 I then moved on to the next step: applying the Kate Lash Former WP Volume. I braced myself for a thick, clumpy formula that would my close to non-existent lashes down…

Only to be surprised how lightweight and smooth the formula was! It glided onto my lashes with ease, with a single stroke giving me beautifully curled, clump-free lashes that appear longer and more voluminous than before. Rad! 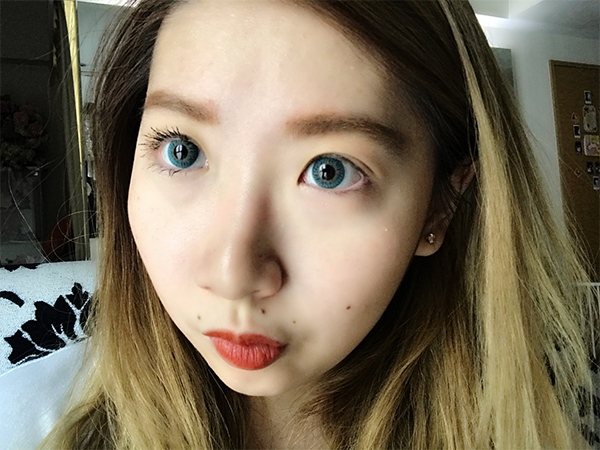 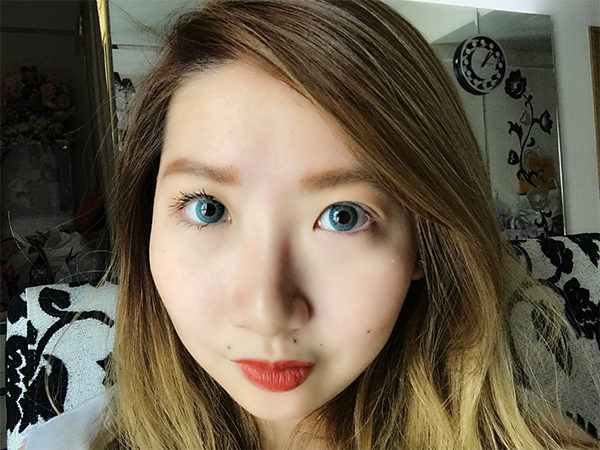 A picture is worth a thousand words, as you can tell. My lashes appear noticeably volumised, curled, and lengthened. I’ll admit: it was pretty impressive. But then came the true test: would it be able to hold up in Singapore’s relentlessly heat and humidity?

I headed out right after application to test out my hypothesis. This mostly involved contending with the droves of people as well as suffocating, small spaces as I took the bus on down to work. 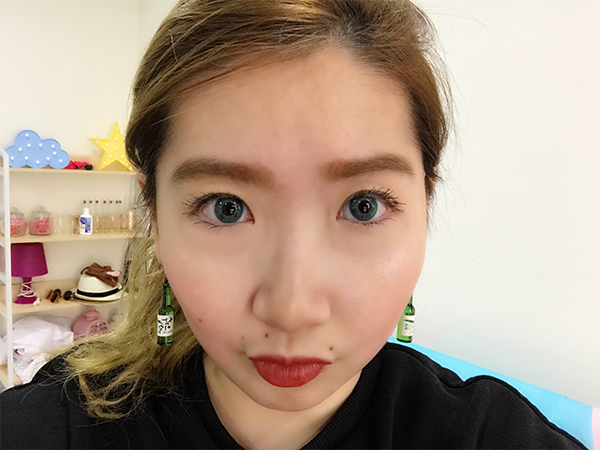 As you can tell, it is holding up fine, even after my hour’s worth of commute. In fact, it held up amazingly well during lunch as well, despite sweating it out in the hot sun as I walked over to the nearest Kopitiam for lunch. 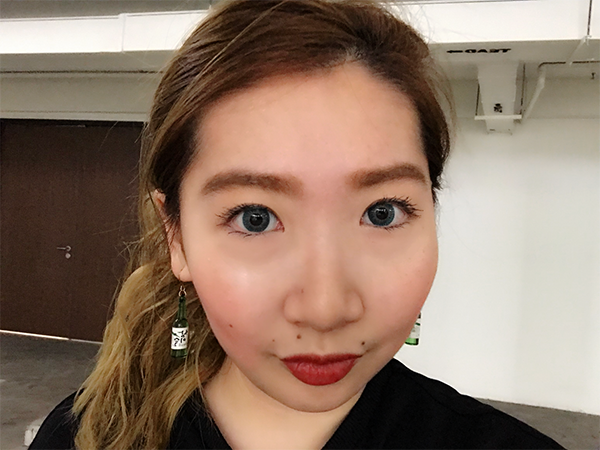 This was how my peepers looked by the end of the work day. No smudges or running whatsoever! Colour me impressed. Plus, I had been receiving compliments for my lashes all day, with several of my colleagues assuming that it was my natural lashes instead of the work of mascara. Score!

Kate Lash Former Review: what is the final verdict?

It earns a high spot from me— and the rest of the Daily Vanity team, evidently! Watch the video below to see what my colleagues thought of it:

Personally, I loved it. There’s nothing that I hate more than too-thick, clumpy mascara formulas, which is definitely not what you’re getting with the Kate Lash Former. In fact, it delivers on long, curled and voluminous lashes that stay all whilst being super lightweight. I wish I was exaggerating when I said I even forgot I had it on in the first place!

Another aspect I love about the Kate Lash Former? How it gives you defined, ‘wide-awake’ lashes without appearing too made up. The effect is still very natural, and it gives large, doe-like eyes without making it seem as if you’re wearing makeup at all! I even donned it on while going for a hike, and it stayed on the entire time without anyone realising that I had makeup on.

A mascara that is perfect for Asian lashes? With everything that I have garnered, it truly seems so.

There are several variations within the Kate Lash Former line, so you can pick one depending on your needs and wants.