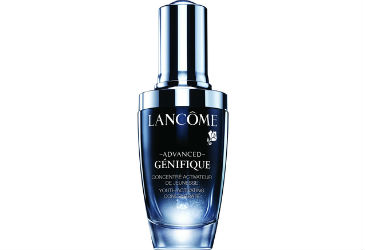 When we first posted the super sneak preview photo of the new Lancome Advanced Genifique Youth Activator on the Daily Vanity Facebook page, many of you seem really excited. 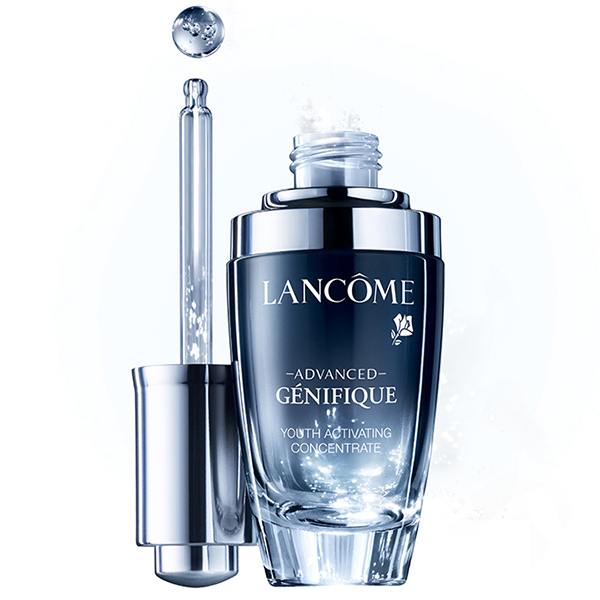 I had initially wanted to do a review comparing the new Lancome Advanced Genifique with the previous version. But after trying the new one out, I realise that it’s hard to give a conclusive verdict within just a few weeks. I am already a fan of the original Genifique, and a user since it first launched. I remember that I wasn’t very impressed by the product in my first seven days of use, but eventually, I noticed how it helps to balance out my skin’s oil and water level (less oily on the T-zone and less dry around the nose and lips). It also helped to refine my pores. And then I’ve been using it to help maintain my skin’s condition. This isn’t really a product to see radical changes throughout the whole time you’re using it. I, and other users I know of, say that they see significant changes at first, and then the changes kind of hit a plateau.

Genifique is a unique product that’s to be used as the first step of your regime. It promises to act on the DNA level of your cells to repair skin and help it regain youthfulness.

The new Advanced Genifique is more potent than before. According to the brand, each drop now delivers almost 40% more active ingredients than the old version, and helps to “envelope” skin better. The new formula also contains additional probiotics and 25 times more youth proteins.

Just like the old version, skin feels silky-smooth, plump and bouncy immediately. The serum is also very lightweight and is absorbed by the skin effortlessly, leaving a matte sensation. What’s interesting about the new Genifique is that is comes with a patented self-loading dropper – this means that you don’t have to struggle with the button that loads up the formula to get the amount you want. The dropper loads itself with the amount of formula that’s just right for one-time use.

Back to my point about my inability to make a good comparison – well, the thing is the new formula will be replacing the current version from 1 May – it’s not like you get to choose. So, Genifique fans, brace yourself for a new – hopefully better – formula!

Lancome will be holding a complimentary 7-day trial sampling exercise in May and June islandwide. If you’ve been thinking of trying Genifique, go enquire at the Lancome counters.