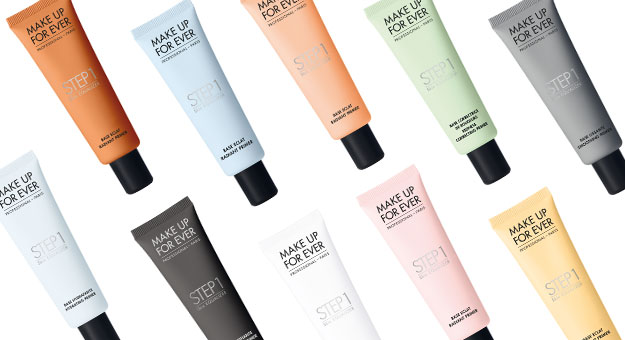 If we walk into a room of women and ask how many use a primer, chances are many would say they don’t. And the same women who say they don’t are going to complain about their woes with makeup that stays and look good. Make Up For Ever is known for its superior makeup products that are designed even for professional use, and its huge variety of colours. Its latest launch of a new range of primers, called STEP1 Skin Equalizers, proves that they indeed are the makeup authority. This range of primers offer 11 different variants, all formulated for different skin tones and skin needs. The Equalizer Complex in the STEP1 range of products delivers three key actions: help makeup go on smoothly, optimise the colour and finish of makeup, and let makeup stay on longer. The 11 variants include: a mattifying primer that fights against excess oil and also reduces the appearance of pores and shine, a smoothing primer that fills in and blurs imperfections, a hydrating primer that offers a plump and hydrated surface for makeup, a nourishing primer that revitalises skin and restores elasticity so skin texture looks more uniform, a redness-correcting primer, and also six radiant primers that are formulated for different skin tones to help banish dullness of complexion. It’s impossible to say which primer is the “best” because you should really choose it based on your skin concerns. For me, I find the hydrating primer work best on me because of my dry skin type. Skin looks smoother immediately and makeup doesn’t cake as easily as before. I also find that blusher looks more vibrant if used when the primer is on.