Is The New La Colline Cellular Night Elixir Worth $549? 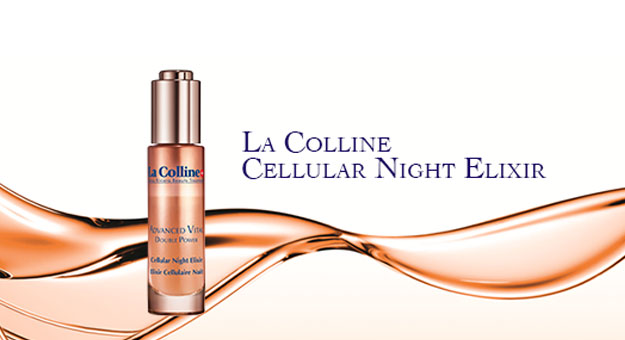 Set in the foothills of the Swiss Alps, La Colline Cellular Research Laboratories has built a reputation for excellence in anti-ageing skincare in more than 20 different countries.

The High Density Skin (HDS) System is the key active ingredient in this product. Don’t be intimidated by its name – it is essentially made up of soy proteins and helps stimulates the neosynthesis of collagen, elastin and GlycoAminoGlycans, key substances that make up healthy skin.

This product is nourishing enough as part of the night ritual, yet very refreshing too. This is thanks to its bi-phase formula, consisting of a lipid (oil) phase and a hydric (water) phase. The former delivers nutritive properties, while the latter is soothing.

What do we think?

It is a very expensive product, carrying a hefty price tag of SGD549, so I have high expectations of it.

I quickly found favour with the elixir from the first time I use it. Even though it contains precious oils, the formula is non-greasy and it sinks into my skin surprisingly fast. I’m also pleased with sensual fragrance: musky notes tinged with vanilla, warmed with rose and heightened with a touch of citrus, which adds to the sensuality of the product.

Note that an elixir is four times more concentrated than normal serums so a little would go a long way.

After a week of going through the La Colline routine, I noticed that my skin glows from within and is starting to firm up. Most incredibly, I have noticed a light natural flush on my cheeks.

Now back to the burning question on all of our minds: Is this elixir worth the hefty price tag?

Yes, if you have matured skin that’s severely dry skin, with obvious signs of ageing. If you’ve tried countless serums but none seems potent enough to give your skin a needed boost, you should consider investing in this elixir as a Christmas gift for yourself. Those with younger skin that is healthy can probably do with a cheaper alternative.