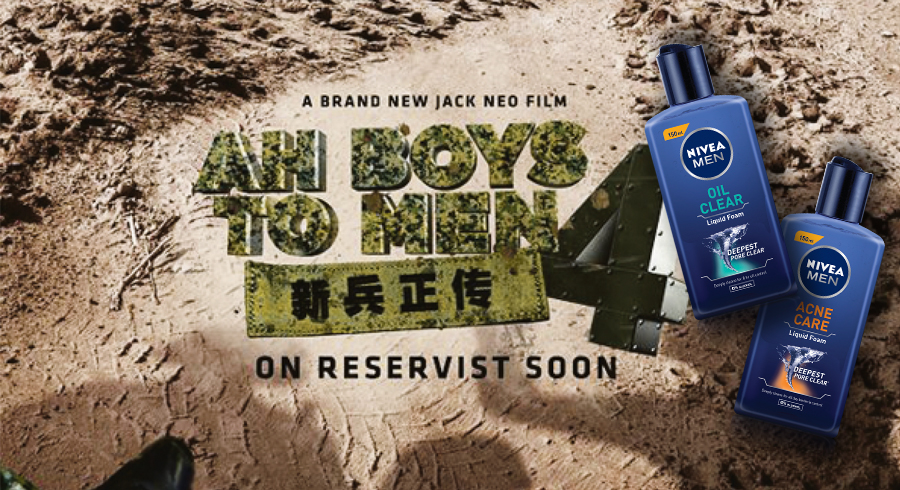 I remember a scene from the last Ah Boys To Men movie I watched, in which all the guys were hiding in the toilet cubicle and suddenly one of them introduced the NIVEA Men Mud Serum 3-in-1 Foam. That scene looked so good, it made me want to try the product, I got my hands on one. Since then, it has been one of my go-to cleansers.

This year the NIVEA Men Liquid Foam cleanser was featured in Ah Boys To Men 4, and once again, I was attracted to it. Having been given the chance to review the product, I was excited to put this affordable Liquid Foam cleanser’s claims to the test, on behalf of men in Singapore! 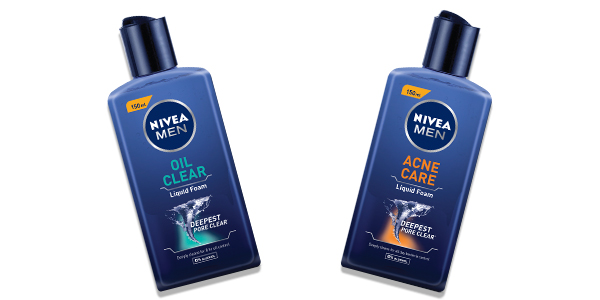 There are two variants you can choose from:

It’s said to be the first deep pore cleanser with Tornadic Cleansing Power that instantly foams upon gentle rubbing and effectively opens and unclogs pores.

You probably have no idea how much dirt gets stuck deeply in our pores from our daily activities. Even if you are not in a dusty working environment, a quick exposure to Singapore’s traffic will attract pollutants and irritants that easily clog up your pores.

Even more so if you are a sports lover, who often play a game of football, basketball or even running and cycling along the road! This is something many of us take for granted as our air seems cleaner than other countries’.

My face tends to oil up quite a bit thus it is common to see obvious shine on my forehead. If I’m required to leave the office for meetings, the shine becomes even more intense, no thanks to the heat and humidity levels of our beloved tropical island.

There were cleansers that I’ve tried that may be able to keep oil and shine at bay, but makes my skin feel so dry it feels uncomfortably tight or even peel. This is why I’m always on a lookout for a good cleanser is able to control oil secretion well while not drying out my skin.

In order to have a fair comparison, I stopped using cleanser to allow my face to go back to its “normal” state.

Here’s how I look like at 9am, 1pm and 5pm without using the new NIVEA Men Liquid Foam Oil Clear.

As you can see, 9am looks alright but the face starts to shine after lunch and becomes more oily towards knock-off time.

Next we used a blotting paper to test how much oil I have produced by the end of the work day.

I almost covered the entire piece of blotting paper with my productive oil glands! Pro-tip: If you want to try blotting papers, you will want to ensure you don’t over-blot as you will remove all the oil thus making your face feel and look extremely dry! The challenge is you may not know you have over-blotted until it happens. Anyway, it doesn’t look cool for guys to blot – hahaha! So, always go for good oil-control products rather than relying on blotting. Yes, it does foam up very easily – in fact, within one second.

You may be wondering – why is the ability to foam so important? The simple science is in its foamed state, the cleanser transforms into smaller molecules to penetrate pores more deeply, so that it can give skin a thorough cleanse.

Here’s a comparison of how I look like at 9am, 1pm and 5pm after using the NIVEA Men Liquid Foam Oil Clear.

The shine seems less obvious and the forehead (where I usually experience the most amount of shine) looks the same throughout the day.

Not much oil for the blotting paper to remove!

Note that if not because I needed to show you the actual amount of oil produced in this review, I would have been happy to skip the blotting paper, since the shine isn’t as visible after using the NIVEA Men Liquid Foam Oil Clear. As a liquid, able to clean pores deeper and not just on surface like paste foams. Check!

If you’d like to try it, you can get it at all major supermarkets, Guardian and Watsons at SGD10.90 for 150ml – good for about three months of day and night usage. I feel that it’s pretty good value for money as most other cleansers around the same price will usually offer 100ml in size.

And yes, apparently other than me, 94% of other men who have tried it confirmed the “deepest pore clean feeling”. I found it at the back of the product, and we know Singapore’s regulators won’t allow such claims to be printed on a product label unless it can be backed. I hope it will work well for you too!