Second Edition Of GlamPact Finally Impresses Us. And It Does Very Much 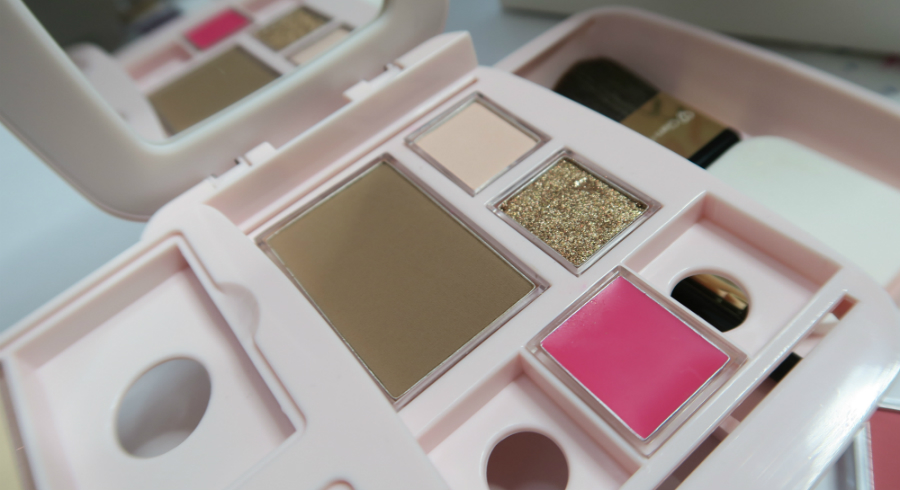 When GlamPact was first launched in 2013, I received one from the company to try it. I didn’t like it. I find the “drawers” of its compact too difficult to open, and its contents (makeup products) not to my liking. I did a video about it that showed how unimpressed I was with it.

I must say, though, I’ve always thought that the concept behind it is great – I just felt that the product could have been better.

One and a half years later, the company (knowing fully how I felt about the compact) came to me to ask me to try their second version. This was the sign of a company that takes criticism constructively (and not personally), and trying to win back every critic by showing them that they’ve worked hard to make things better.

And this time, I was impressed.

GlamPact is a fully customisable makeup compact. Reportedly the first of such product in the world, an empty compact comes with different slots that you can fill in with the brand’s comprehensive range of makeup pans, including foundation, concealer, blusher, eyeshadow and lip colour.

You know how it’s like when you buy a makeup palette in the store: sometimes you purchase it only because you like two of the five colours in it. With GlamPact, you can essentially build the palette according to what you like.

Other than being customisable, the compact also comes with an LED-lit mirror, which is rechargeable via USB. This makes touch-ups in poorly-lit places (e.g. in the car at night, or at a club) much easier.

What makes it different this time?

The reason why I prefer this improved version so much more is firstly that the different compartments can now be pulled out more easily than before. I’m not sure if it’s because of the change of materials used or in ergonomical design, but it’s a lot more user-friendly.

The quality of the makeup pans also appears to be better. Previously, I find that the eyeshadows have a lot of fallout, but this time, they no longer have this problem. In fact, the colours are saturated and very wearable. My favourite shade is the Superfection CC Eye Shimmer (01) in Sparkle – an eyeshadow that looks great on its own and can be applied on top of other (matte) colours, at just the centre of the eyelids to make the look pop.

I also love the blushers, which have a beautiful texture that is comparable to some of the top brands in the market.

Now, what I’m looking forward to in the next improved version, would be for GlamPact to make eyeliners and mascaras available, too. This would make it a truly everything-in-one makeup compact that every woman needs.

GlamPact by Glam-it! is available on She Shops in Singapore. Check out the other locations that carry it here.