Sulwhasoo Launches Another BB Cushion. Will It Win Our Favour Like The Previous One? 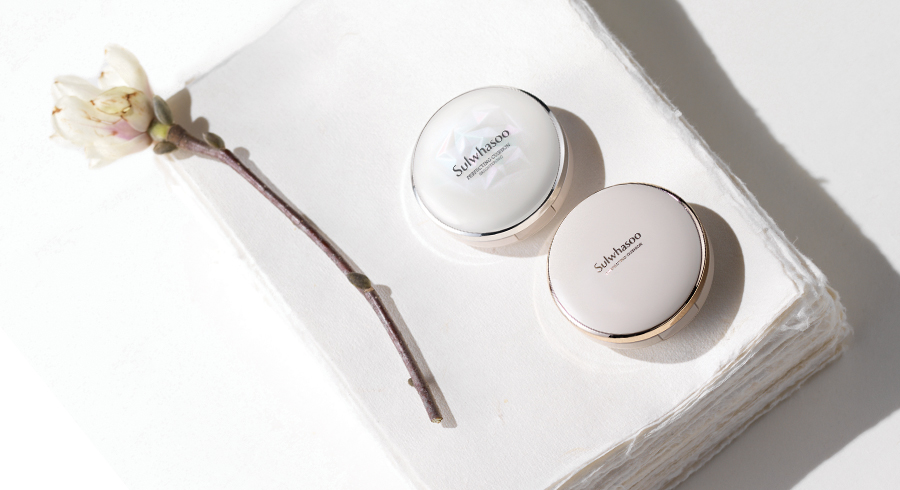 The BB Cushion technology (created by Amore Pacific, which owns brands like Sulwhasoo, Laneige, and Etude House) has taken the beauty world by storm. It’s become one of the must-have items on any vanity table and there’s no wonder why; this product gives the flawless finish that BB cream offers, and at the same time provide the convenience of a compact. But it’s not just that. The cushion technology also speaks particularly to those of us staying in humid Singapore by offering a cooling sensation during application, and an ability to stay intact throughout the day.

When Sulwhasoo launched its Evenfair Perfecting Cushion last year, I swore by it ever since, as you could tell how much I loved it in my review. I even mentioned it as one of the best products I’ve tried in 2014. So, imagine my mixed feelings when Sulwhasoo launched another BB Cushion this month – not as an upgrade to my favourite cushion, but alongside it.

On the other hand, what if it doesn’t work? That’ll be a shame because the previous cushion has done such a good job.

Nonetheless, I put away the Evenfair Perfecting Cushion for a few days and gave the new one a shot.

How is the Sulwhasoo Perfecting Cushion Brightening different?

I looked through the product information for the new Sulwhasoo Perfecting Cushion Brightening. Like its sibling (the Evenfair Perfecting Cushion), it promises to help brighten complexion, and that it will be hydrating, and glides on smoothly. The key difference, it seems, is that it offers more skincare benefits when it comes to eliminating the appearance of melanin in skin, and in purifying skin. All these are thanks to the use of ingredients like the White Magnolia Blossoms Extracts (known to block the melanin production process), Licorice Purifying Water, White ginseng polysaccharide.

Because of the oil-capture system in the new cushion, it offers a non-sticky matte finish, which is rather different from the Evenfair Perfecting Cushion, which most definitely gives a dewy look.

You might also be interested to know that the new Perfecting Cushion Brightening offers five shades while the Evenfair Perfecting Cushion offers four. The former introduces “Light Beige” in its collection, which the latter doesn’t carry.

Overall, the Perfecting Cushion Brightening didn’t disappoint and still manages to keep the good name that Evenfair Perfecting Cushion has built. If you’re considering to get either one and could not make up your mind which one to get, I’d say it depends on your preference and needs.