We tried 3 viral and bizarre blush hacks – here’s how it turned out! 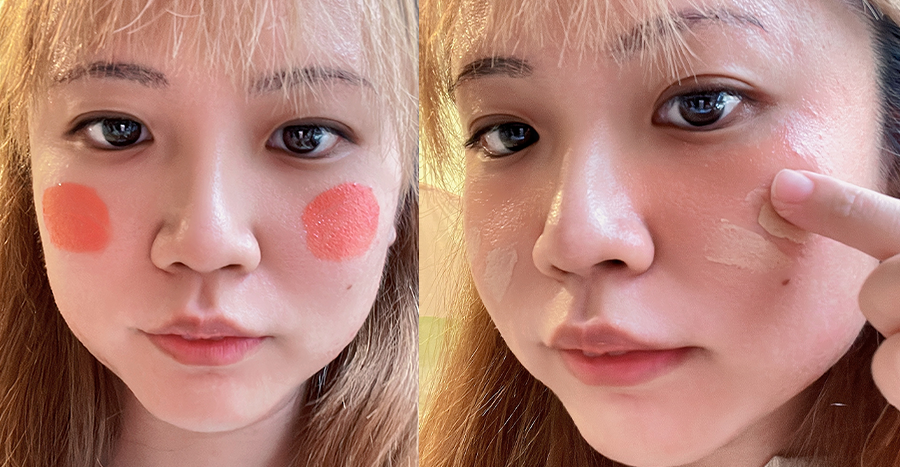 These days, the latest trends seem to be all about blushers as we’ve recently discovered not one, not two, but three trending blush looks!

These blush looks have been trending hard all over various social media platforms over the past few weeks.

Even though many have tried out some of the looks, we couldn’t resist doing what we do best and put them to the test, because we know that not every look will work for everyone. 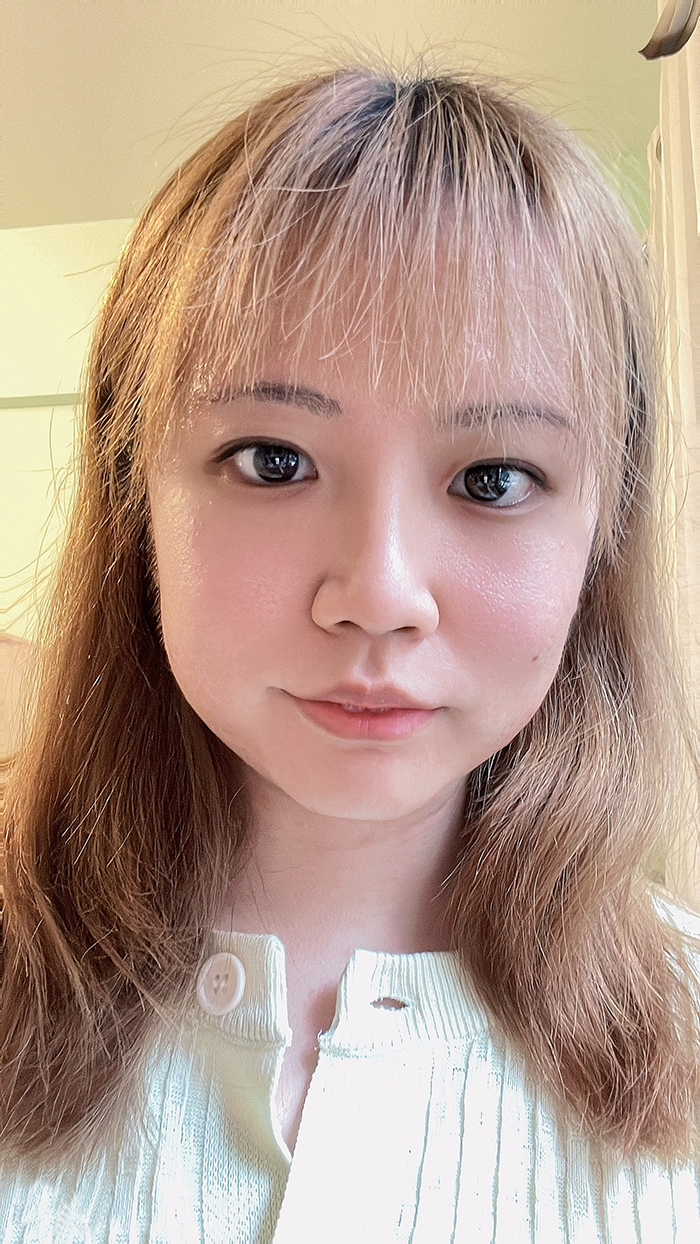 We invited fellow DV team member Swee Qi to try out all three methods using Rare Beauty’s Soft Pinch Liquid Blush in Joy, a peachy coral shade. Here’s what she looks like without makeup for comparison.

Fresh from TikTok, we’re going to call this first trending blush look the “crazy blush hack” because of just how insane it looks before you blend everything.

This hack was made popular by TikTok user @glamzilla, who has gained a total of two million plus views on her TikTok and Youtube videos regarding the hack – and that’s only in a period of less than three weeks.

This crazy blush hack sounds quite simple, as you only need two products: a liquid blush and a tinted moisturiser.

You first need to apply your blush on your cheeks, even above the cheekbones. You can totally go crazy with the blush, as you’ll be covering it up with tinted moisturiser soon.

Once the tinted moisturiser is blended all over your heavy blush, you’ll be able to get a more natural-looking “blush from within”. 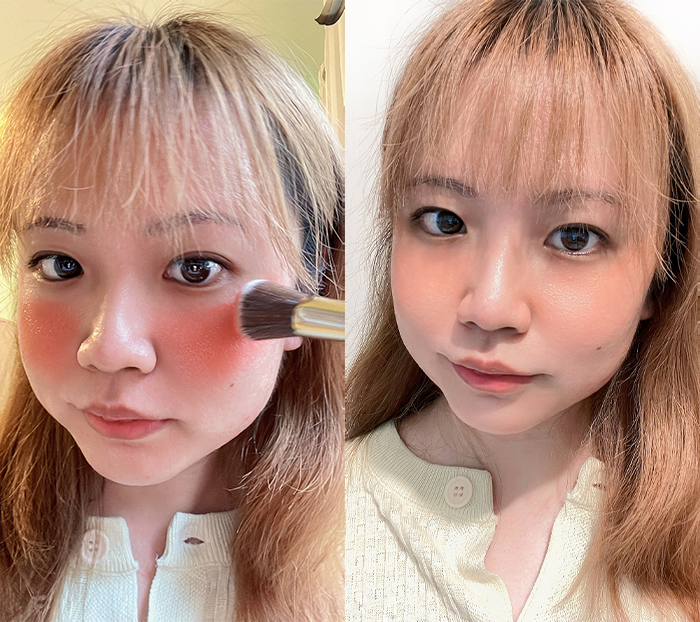 Swee Qi was quite doubtful of this hack at first. She even said that she thought it would screw up for sure, especially after applying the crazy amount of blush on her cheeks.

She changed her tune when everything was applied and blended out. In fact, she was quite impressed by how it gave her a natural flush.

Still, she wonders how much product you might waste in the long run since you need to pile on so much blush. She also noted that it took quite a long time to blend.

Full disclosure: she didn’t have any tinted moisturiser on hand. Instead, she used a foundation and moisturiser combination, which worked fine.

The “sweet girl blush” method or also known as the “viral Douyin blush” look hails from Chinese social media, and we’ve already written a step-by-step guide on how to do it.

Created to give you the most effortless glow, it’s supposedly super easy as all you really need is a rose-coloured lip tint.

This honestly seems the most promising to us, as many Chinese girls have tried out this look and they look so flattering with it. So, it must look good on Asian girls, right? 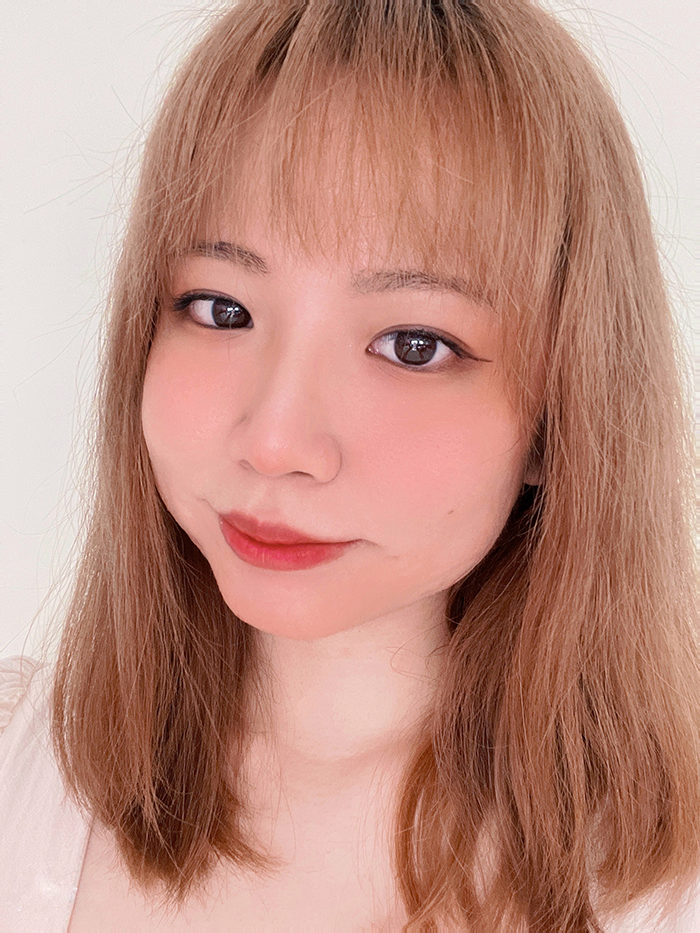 Unfortunately, the results Swee Qi achieved weren’t so promising. While it looks pretty on camera, she felt that it was way too heavy in person, especially for a daily makeup look.

It made Swee Qi look so red in real life, she likened herself to a Chinese opera character! It might be best to reduce the amount of product used to achieve a more subtle look.

i thought this would make my dark circles look worse and was fully prepared to redo my makeup…I AM SHOCKED 🤯 ib: @ALISSIA #blushtrend #blushhack #blushchallenge

The next and final trending blush look we have for you is the under-eye blush and concealer hack. This is one hack that has evolved over time as it spread.

The viral hack began with TikTok user and makeup artist @paintedbyspencer, who released a video saying that you’re missing out if you’re not blending your blush to your under-eye area.

It wasn’t long before other TikTok users began to replicate the under-eye blush look. Steph Hui, or @stxph.h, dotted some liquid blush under each eye before adding a dot of concealer.

Once everything was blended, she was shaken up by the results. Not only were her dark circles minimised, but she also had a beautiful glowy flush.

We’ve got a tip for you thanks to TikTok: if you have tanned or brown skin, opt for an orange or coral blush instead, as it will really help to colour correct dark circles. 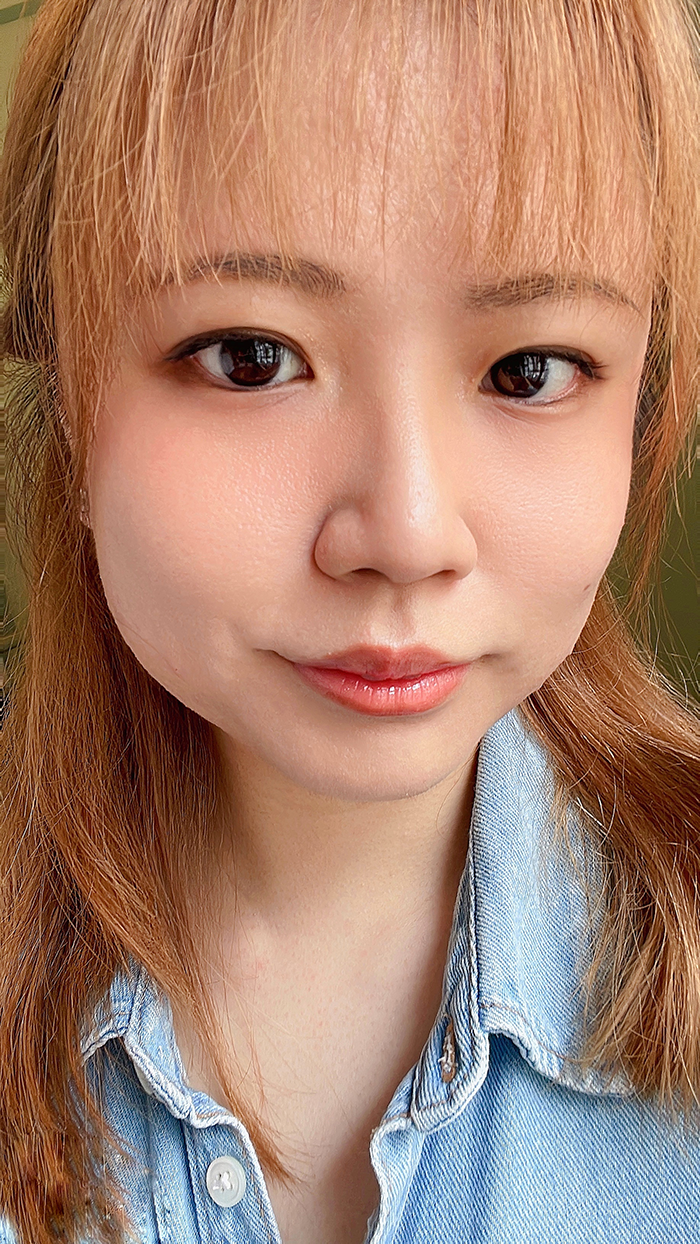 Swee Qi really liked this final blush look. In fact, she was so pleased with how it turned out, she considers this her favourite out of the three.

She loves how simple it is to apply and blend and says that she can really see herself using this as a daily makeup look as well as for photographs.

The added concealer worked well to brighten up her under-eyes just a little, while also making the blush less harsh and more of a natural flush.

Which of these three hacks will you be trying?