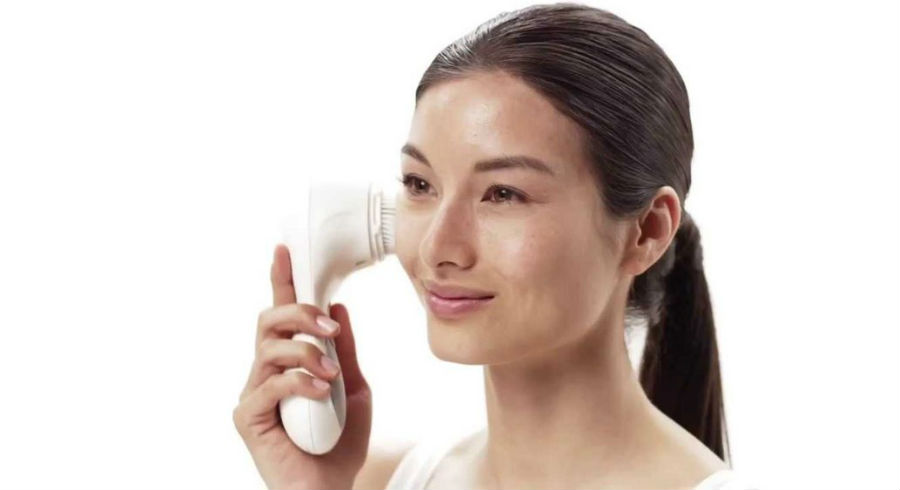 Cleansing devices that can replace your hands when you wash your face (think: Clarisonic, SonicClean, Labsonic, Clinique Sonic system) have become a hit, with many women (and men!) around the world swearing by them. You might already own one or thinking about getting one. Either way, the wonderful device won’t work unless you’re using it right.

Here are 10 most common mistakes people commit when using their cleansing device – let’s see how many you’ve committed!

Using a cleansing device is almost like using a toothbrush, except it’s on your face. It definitely feels odd brushing with a dry toothbrush with too little toothpaste. Similarly, you need to ensure that your cleansing device has been soaked in water and there is sufficient cleanser for your entire face.

2. You don’t clean your cleansing device

This is the biggest mistake of all times. Cleansing your device isn’t that hard. Dr. Robb Akridge, Clarisonic’s cofounder, recommends cleansing the Clarisonic after every use with a bit of shampoo. This will keep the bristles clear of residue and oil, and allow your brush to last for a longer time. You also have to clean under the brush head once a month by removing it and washing under the brush head with soap and water.

3. You see pimples and you stop using your cleansing device

Having pimples is not a sign to stop cleansing. In fact, if it’s your first time using a cleansing device, having some pimples after use is not that uncommon – the cleansing device stimulates the skin, causing bacteria to rise to the surface of your skin and resulting in pimples. You could reduce the use of the device perhaps to once a day or once in two days, but you do not have to stop using it. Once your skin gets used to the device, the pimples will clear up.

4. You use your cleansing device with an exfoliating cleanser

Contrary to popular belief, cleansing devices are not exfoliants. It uses sonic technology, at a rate of 300 movements per second to clean your skin. It feels more like a gentle vibration than an exfoliation. However, you should still avoid any exfoliating cleansers with microbeads or rough particles because such cleansers may damage the bristles and the motor of your device.

5. You think you can use your brush for… well, at least half a year

Even if your brush appears to last for that long, they don’t. You might not notice it, but after three months or so (if you cleanse once or twice a day), the bristles will clump together and the device will not be as efficient as it used to be. You need to replace your brushes every three months for hygiene and effectiveness.

6. You don’t use your device on your neck

A photo posted by Clarisonic Deutschland (@clarisonicdeutschland) on Dec 2, 2015 at 6:59am PST

Have you been neglecting your neck and collarbone area? You can use the cleansing device for your neck too, and be surprised by its anti-ageing effects on the area.

7. Your cleanser gets into your eyes

This means you have either put too much cleanser on the device, or need to change the way you cleanse – try to start cleansing from your chin, to your forehead, then end up on each cheek. This reduces the likelihood of the cleanser getting into your eyes.

8 You press down too hard during cleansing

You may have a false impression that pressing the brush hard on your skin allows the bristles to dive deeper into your pores for better cleansing effects, but pressure (too much, that is) isn’t good at all. Instead of a cleansing effect, you will achieve an abrasive effect, and even cause your skin to dry up (and lead to ageing). The right amount of pressure is when the brush comes right in contact with the surface of your skin – nothing more and nothing less.

Husband or boyfriend or BFF – whoever. Don’t share your brush heads with them! For reasons that are obvious enough, no. Sharing the handle is fine, but get them to buy their own brush heads.

10 You don’t give attention to your nose