Foundation first or concealer first? We asked makeup experts on their opinion We’ve heard of both possibilities: some people advocate using the foundation first before dabbing on concealer, while others swear by getting the concealer under foundation.

Does it matter? Are the effects very different? These may be questions every person who puts on makeup (and especially for beginners!) has asked themselves at some point or another.

If you want the final word on it, well, we’ve helped you asked the real pros about it: professional makeup artists.

What do makeup experts say: concealer first or foundation first? Both makeup experts we asked, Marie Soh and Ginger Lynette Leong both agreed on one thing: they both prefer using foundation first, then concealer on both their clients and themselves.

Here are 3 (summarised) reasons on why. “Foundations by itself already have a pretty decent amount of coverage, so I like to put the foundation on my clients first, then whatever that’s not already covered by the foundation, I put concealer on areas that foundation cannot cover,” Marie, a hair and makeup artist, told us.

Marie also has her own consultancy, 27A and her own makeup line, INGA.

“This way,” she said, “you don’t waste time concealing as much. Win-win.”

“Otherwise, I don’t find that there is a huge difference between using concealer first or foundation first. There’re no hard and fast rules about this, so if you want to use concealer first, go ahead!”

Ginger, a seasoned makeup artist who has been in the industry for many years with tons of make-up related accolades, shared similar sentiments: “Usually, if the foundation by itself is good enough to cover up marks, I tend to just skip the concealer altogether.”

“After all,” she said, “it is easier to add on than it is to take away, which is why I like putting something that has a lighter coverage (foundation) first.” Marie also told us that since using foundation first technically uses up less concealer, needless to say, it saves money, and some well-needed product.

“Personally, I just prefer being more economical about things, so for me, it’s foundation first.”

Saving money while still looking glam? You’re certainly not going to catch us complaining about that! “I prefer layering products with lighter texture first – which tends to be the foundation – followed by products that have a heavier texture – usually the concealer,” Ginger told us.

Well, that makes sense; after all, proper layering is important if you don’t want a cakey finish.

“Ultimately,” she said, “it all boils down to personal preference, no fixed rules about this.”

When would putting concealer first be recommended? “I would usually only recommend putting concealer first for people who don’t put too much foundation already, in the first place,” Marie told us. “But it really is down to personal preference, and what you feel comfortable with doing.”

“For me, I usually would just advise to put foundation first because it is just a lot more product for less cost, more economical, overall.”

On the other hand, Ginger said: “For me, I don’t really give this much thought, I usually just do it based on how the textures pair. If I use a powder foundation, I would use concealer first so the textures blend better.”

“Whatever I do is usually just based on texture, coverage or in making sure the makeup is as long-lasting as possible.”

The takeaway from this? If there’s something to takeaway from all these – it is that it really boils down to personal preference; a point that both makeup experts we spoke to reiterated repeatedly.

“The whole point of makeup is to feel free, to express yourself,” Marie told us. “You should just do whatever makes you feel comfortable.”

Ginger added: “To be honest, I feel like concealer is there only if your foundation isn’t high coverage enough to cover up those spots. Otherwise, you don’t really need it.”

We’d say that you could simply try out foundation first on one day, and concealer first on another just to see which one you prefer.

Alternatively, if you wanted to just pick one and follow what the experts are doing, go with foundation first.

What is your go-to foundation and concealer? During our interview with Ginger, we managed to snag a few extra titbits such as what her favourite foundations and concealers are, for a fun, last question.

“Basically, I love foundations and concealers that are easy to blend, with just enough coverage without being too thick and cloying, while also having staying power,” Ginger told us.

The makeup artists we interviewed 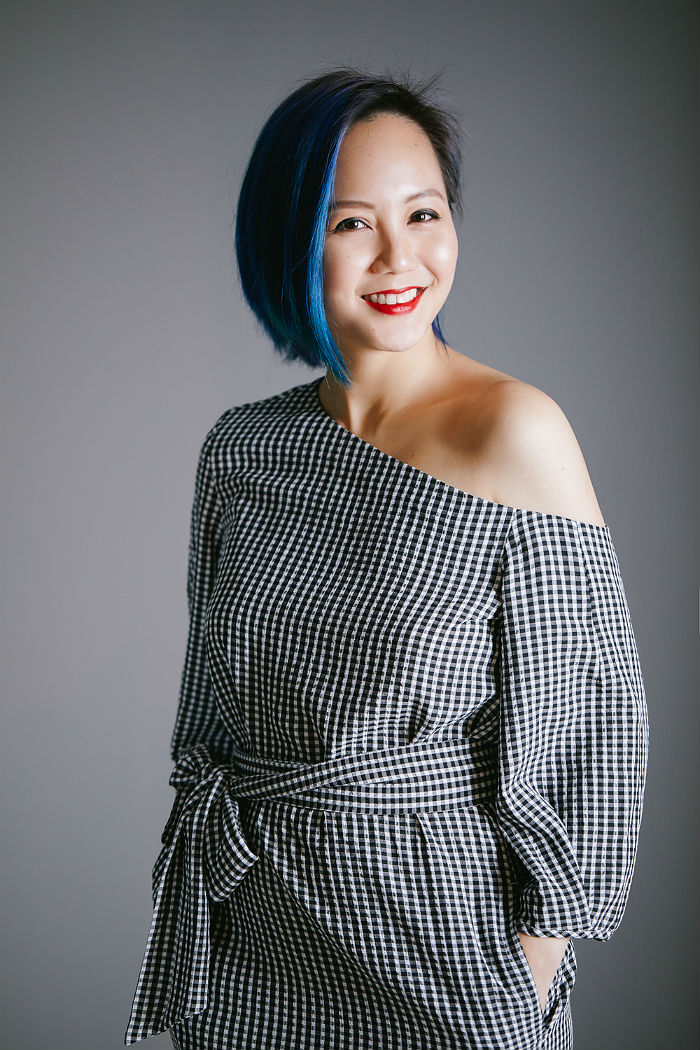