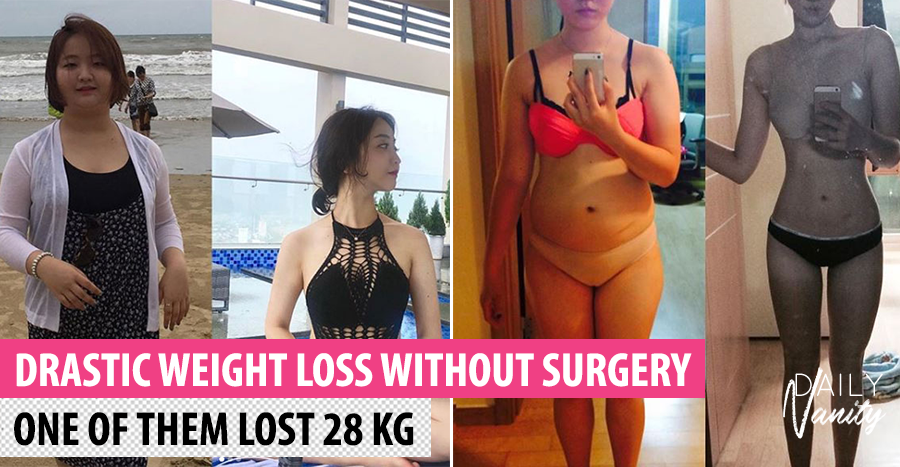 Here’s your inspiration for the day: losing weight successfully, the healthy way.

We’ve found four Korean women who have lost so much weight, you’d think that you’re seeing different persons in their before-and-after photos.

Their secret? A change in lifestyle habits – but it doesn’t have to be too difficult. 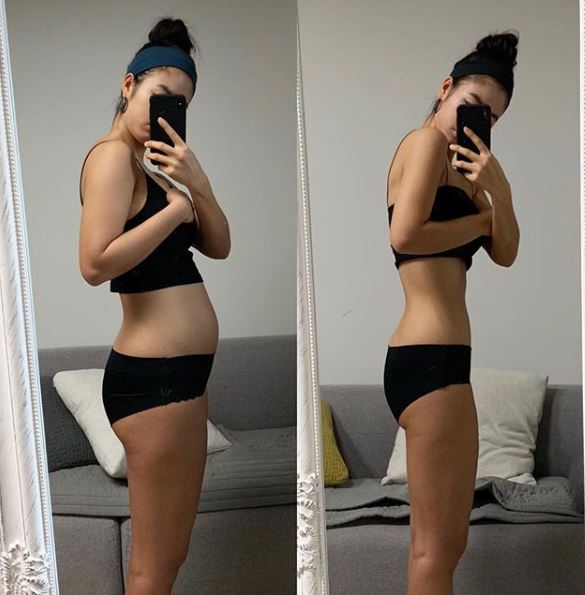 Gooniini (@gooniini) used to weigh 61 kg but dropped to 56.8 kg after dieting. The numbers on the scale might not be a drastic change, but the difference in her silhouette is amazing. 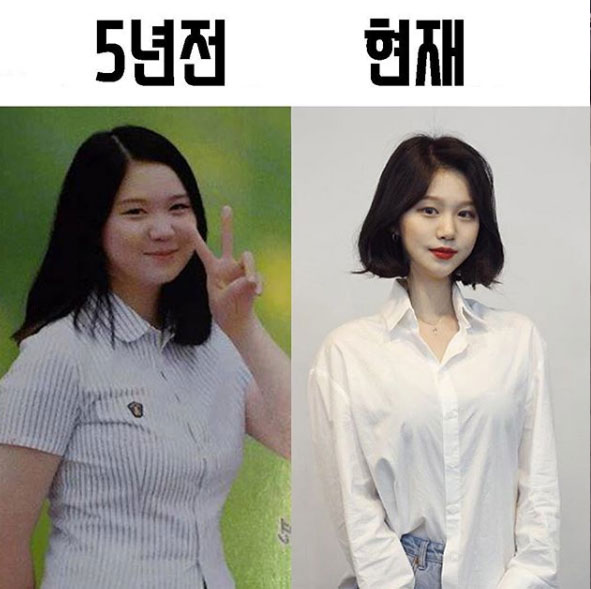 hjuuuu_s2 lost a whopping 28kg and this transformation didn’t only changed her body shape, but made her features look sharper too.

Feeling motivated after seeing these pictures? Here are seven tips shared by these four ladies – and they said none of these will cause yo-yo effect!

This is a common tip we’ve heard from many female celebrities. Finish your dinner early and resist the urge to snack after 7pm. We know this is a hard rule to follow, especially when most of us only leave the office after 6pm. Here’s a clever tip from Sueyon – she has dinner near her office after work, and on her way home, she alights a few stations earlier to take a walk home. 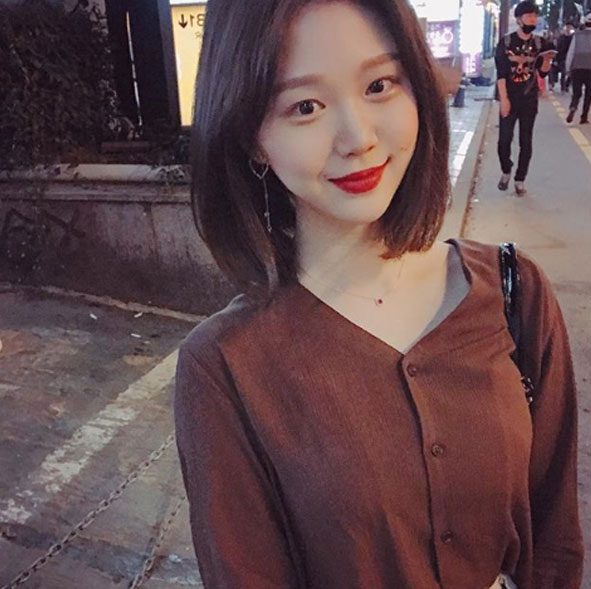 If four of these Korean ladies all stressed the importance of drinking water, you have to incorporate it into your diet plan. By the way, they don’t drink 2000ml of water in one go – but pace themselves to make sure they consistently drink up and complete the goal by the end of the day. Use this trick to keep yourself feeling full, so you won’t reach out for snacks or take in extra calories during meals. 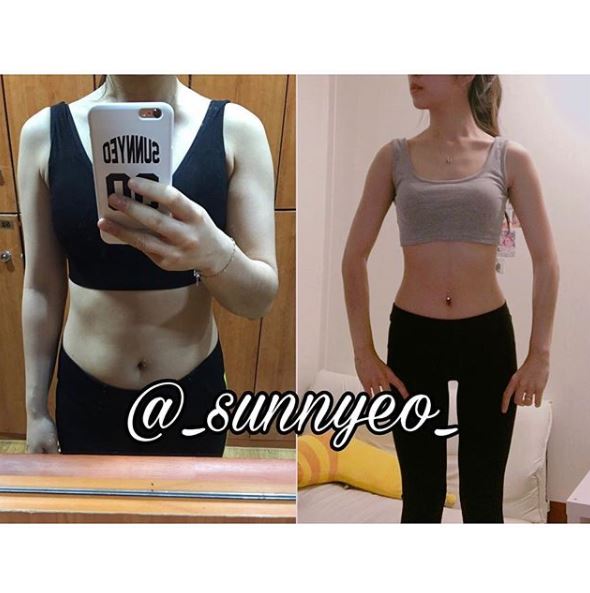 We talked about how you have to drink enough liquids, but that doesn’t include all beverages. Alcoholic and carbonated drinks are a big no-no if you’re on a diet. It’s so hard to reject a drink or two especially on nights out with your friends – so learn this trick from Sunnyeo: she put a photo of her favourite female celebrity as her phone’s lock screen to motivate herself. Before you reach out for that can of beer, take a look at your lock screen, do you want that drink or the beautiful figure more?

4. Cut down on sodium intake Cutting down on sodium is easy if you prepare your own food, but what if you have no time and have to eat out most of the time? Here’s a trick from Suyeon that may sound a little extreme (but it works): she dips all her food into a bowl of water to get rid of salt, seasoning or oil before consuming them.

Have you been working hard on strength and core training but still not seeing rock-solid abs? Remember that muscle grows underneath fat, if you’re not getting rid of the fats, no matter how hard you train, your abs will still not be visible.

If you’re aiming to look more slender, focus on cardio on your first month of dieting to burn the fats, before you go all out for the planks and weights. When your body fat is lower, it’ll be much easier to get toned body lines with sufficient strength training. 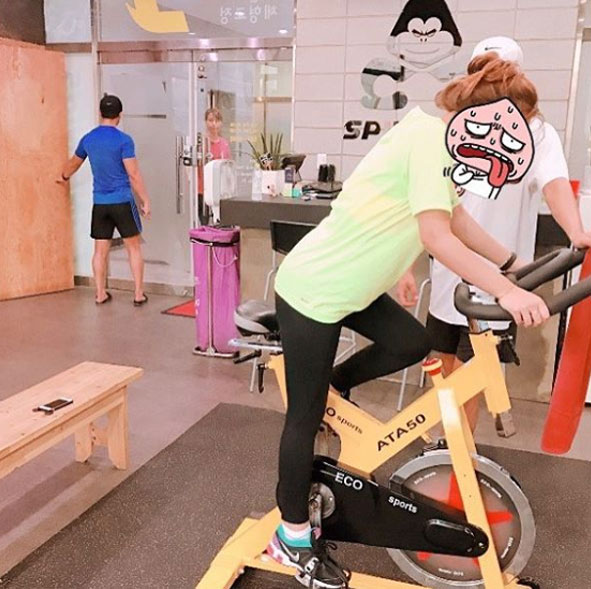 Just as much as the four Korean women stick with a strict diet, they keep themselves occupied with working out every other day. hjuuuu_s2 shared that she used to force herself to the gym but it made her hated it even more. By taking small steps instead, she started doing 30 minutes of stretching exercise at home with an empty stomach, and takes hour-long walks from her office back home each day. Once you’ve picked up the habit of working out, step up gradually, and eventually you won’t find yourself dreading time at the gym anymore.

Don’t forget that dieting is also a mind game. You’ll be faced with temptations and challenges. Even so, results don’t come in an instant; it’s a test of patience and determination! To achieve a successful diets like them, you have to be strong-minded and strict with yourself. hjuuuu_s2’s tip: You can have a bite of everything, but think of the consequences before putting food into your mouth. That bite of doughnut will cost you 30 more minutes of workout, are you okay with that?