Your Makeup Habits May Be Making Your Eyes Look Smaller. Try These Tricks Instead For Bigger-Looking Eyes 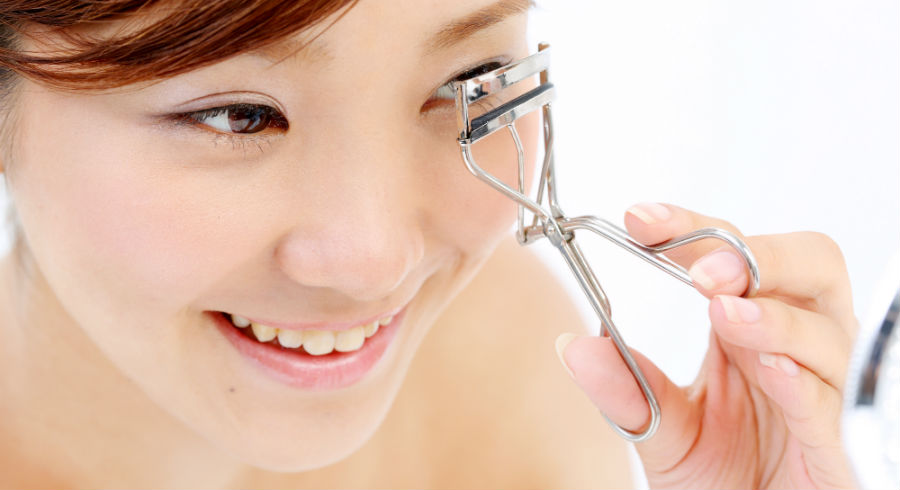 If you put on makeup every day, there’s a high chance you’ll start to form your own routine and habits, and pretty much wear the same look all the time. Go through this check-list to see what are some common makeup methods that are causing your eyes to look smaller than they actually are. You can thank us later.

You probably have heard how wearing a black dress can make you look slimmer. There’s a science behind this: dark colours “hide” shapes. In a similar way, wearing black eyeliner will make your eyes look smaller. If you don’t want to try a bright colour like blue, and/or want to use eyeliner to help give your eyelashes a more luscious appearance, opt for brown eyeliner instead.

Try instead: A thin line as close to your lash line as possible

A thick line, especially if drawn in black, makes your eyes look smaller. A thin line, on the other hand, shows off more of the whites of your eyes, giving an illusion of larger eyes. Some people may draw thick lines because they find it hard to control their eyeliner. If this is the case, watch this video tutorial that gives you a few tips and ways to use your eyeliner with more precision.

Try instead: Iridescent or pearlescent eyeshadow

While the smokey eyes look is really sultry and is great with your little black dress, it isn’t the look to go for if you want your eyes to look larger. Iridescent or pearlescent eyeshadow in lighter shades help make your eyes look bigger and brighter. These colours also tend to make your eyes look more youthful because of their ability to blur the look of lines. You’ll probably also like that any smudge or fallout of these eyeshadows won’t create a pesky mess unlike that of smokey eyeshadow colours.

4. Don’t follow the shape of your eyes when eyelining

Try instead: Extend beyond their original shape

The oldest trick in the book: fake it till you make it. When using your eyeliner, extend it out beyond the end of your lash lines. This will visually elongate the shape of your eyes, making them look wider. You can also flick up the line diagonally to make your eyes look less droopy.

Try instead: Fill in your brows and highlight your brow bones

You know that your brows frame your features, and as “neighbours” to your eyes, are particularly responsible for framing them. Think of them as curtains to the windows – just like pretty curtains will dress up your windows to make them look better, well-defined brows will make your eyes look more alluring. So, never forget to fill in your brows carefully. Also, add a touch of highlighter along your brow bones, this will help make your eyes look brighter and more awake.