It’s Not That Hard To Be A Princess. Find Out Why! 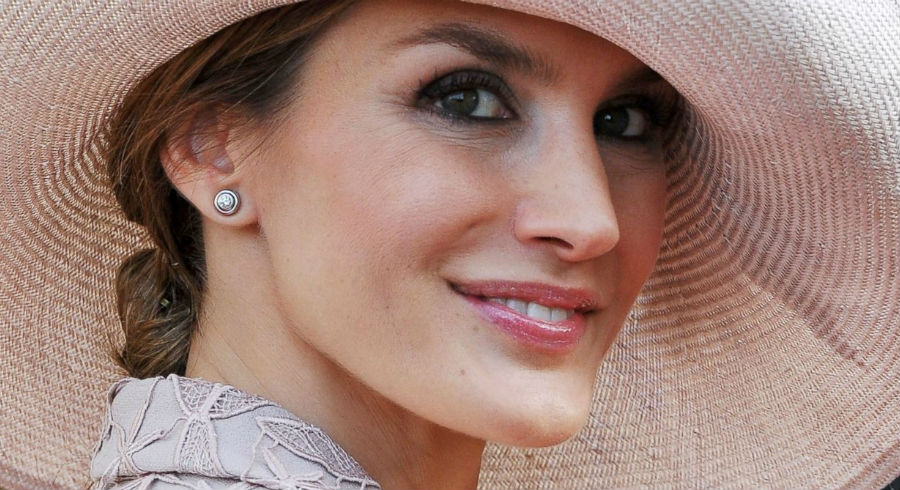 We grew up with fairy tale princesses who are almost always known for their gorgeous looks. Disney movies also painted the same picture, so we can’t help but wanted to be a princess since we were young. Now that we are older, we could actually look to real-life royalty for inspiration. Here are a few that show us a lesson or two.

Voted Most Stylish Young Royal yet again, Crown Princess Mary of Denmark has been dazzling the red carpet for decades. Often sporting an au naturel look, Princess Mary allows her natural beauty to shine right through the need for any heavy makeup.

How she does it: Consume skin-friendly food like olive oil and salmon to achieve skin like this royal Denmark beauty.

Effortlessly stylish and adored by the public, Queen Letizia of Spain has made waves in Spain. In fact, following her style has fast become a pastime in Spain.

How she does it: Use a hint of very light coral pink or peach blusher and apply onto cheeks with natural strokes. Pair this peach blush with a touch of lipstick closest to your lip tone to keep to that understated look.

Former Olympic swimmer for South Africa, Princess Charlene of Monaco, turns heads both in and out of the pool. Married to Prince Albert, she has rocked the royal fashion scene ever since.

How she does it: To balance out the intense smoky eye makeup, soften your lips by doing what Charlene does – pair it with a nude lipstick! More importantly, do not be afraid to try out different makeup styles!

Known for her advocacy work related to education, health, community empowerment amongst many others, Queen Rania is definitely more than just a pretty face. Yet, it is hard to talk about her without mentioning how stunning she actually is.

How she does it: Queen Rania prefers blow drying her hair in rounded curls and does not spend much time experimenting too much with her looks. She keeps it simple with light foundation and a pastel lip colour. If you are one who loves simplicity, Queen Rania is definitely the royalty to follow!

5. Queen Maxima of the Netherlands

The country’s most popular royal according to opinion polls, Netherland’s Queen Maxima is indeed a fashionista. Decked out impeccably at various inauguration. celebration and ceremonies, it is no wonder that she has caught the eyes of many around the world. Queen Maxima is also widely known for her perfectly executed chignon.

See the chignon from the back.

How she does it: Watch this video to learn how to create a perfect chignon.

Bhutan is not only proud for having the highest Gross National Happiness Index, it can also boast about having Queen Jetsun Pema, fondly known as Asia’s barbie. Constantly caught on camera with gorgeous and dewy skin, Queen Jetsun Pema is indeed the epitome of beauty.

How she does it: She relies heavily on moisturising well, and does not stint on that the eye cream. Also, she believes in hydrating herself with water.

Blond, Swedish and blessed with deep blue eyes as clear as the skies, Princess Madeleine of Sweden is a definite showstopper. Declared one of the prettiest princesses of the world by CBS in 2011, Princess Madeleine has definitely stood through to this title till this very day.

How does she do it: In an attempt to bring out her natural beauty, Princess Madeleine relies mainly on foundation, bronzer and mascara to make her eyes look brighter, bigger and a whole lot more captivating.

How she does it: Using Trilogy Rosehip Oil she massages two to three drops in the morning and night on both face and body to reduce the appearance of fine lines, wrinkles, and even stretch marks.

Despite having already passed on, it is hard to talk about Princesses without mentioning Princess Diana, fondly known as the world’s princess. Also known as the “world’s most photographed woman”, Diana won the hearts of many during her short reign as princess. Not only was it because she was a breath of fresh air in a monarchy that had become increasingly distant from the people, she was also kind and incredibly gorgeous.

How she does it: It’s not magic. Just a very basic and often forgotten understanding of what our skin needs. Princess Diana never goes to bed with makeup on.  Priming her face with moisturiser and applying a foundation that is the exact shade to her skin, she ensures that her face looks as natural as it can be. Use concealer to lift the eye area, then finish everything off with a slick of mascara that starts from the roots of the lashes.