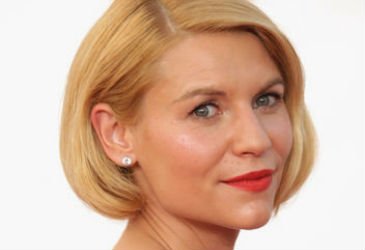 We gotta admit that we usually focus on makeup when we talk about red carpet looks. But at the Emmy Awards 2013, we can’t help but notice these gorgeous hairdos!

The talk of the town today is definitely Clarie Danes’ new hairstyle – sleek, charming bob. While the crowd is abuzz about Danes’ “haircut”… hold it there… the A-lister announces that this is actually a faux bob! She didn’t cut her hair at all. Talk about surprises!

She didn’t say if she pinned her long hair up to create this bob look or if it were a wig. But from what we observe from the photos, we suspect it’s a skilfully pinned up bob.

Lesson learnt: Impress the crowd with a radically new hairdo with the help of simple tools like bobby pins.

The fishtail braid might be a common look that we used to wear as schoolgirls (and we’re super proud of it because of how it differentiates from our pigtail-wearing friends). We love Maira Menounos’ version of it, complete with tousled fringe and a megawatt smile.

A ponytail is probably the easiest thing to wear, but if you’re supermodel Heidi Klum, you’d want to stand out by giving the classic ponytail a bit of a twist – quite literally. Klum attended the Emmy’s with layered ponytail that looks anything but boring. The hair that most wear at the gym now transforms into a red-carpet-appropriate look with some creativity.