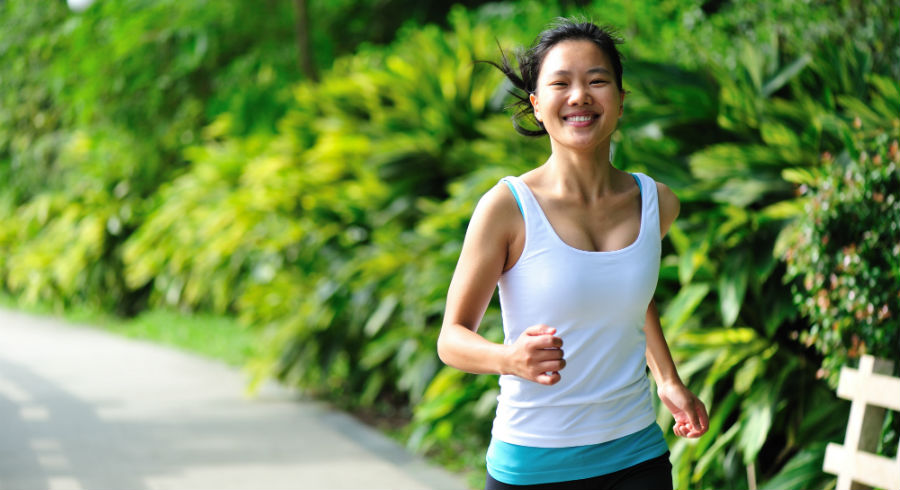 Let’s admit it, when it comes to exercising, it somehow takes more effort to jog around the park as compared to binge-watching YouTube videos on the laptop. Motivation and continuity tend to be the obstacles that hinder us from getting that dream summer bod, especially if we don’t have that friend who is a fitness junkie to drag you along for her weekly workout. Fret not! Here are some tips to kick start the workout devotee in you!

1. Set the bar really low at the start Sure, we want to achieve those defined lines at the end of the day but, success starts with baby steps. Set the bar low in the beginning! This is just to let your body get into the groove and get used to routine. When it gradually becomes a habit, goals can then be re-adjusted to push yourself further and before you know it, hitting the gym seems to be something you won’t give a miss.

The key is to set manageable goals! Start off with goals such as brisk walking for 10minutes around your neighbourhood. It is more likely to get you going and think, “Hey, I think I could walk a little longer!” Not only will you see yourself being able to start sweating it out, you might even be wearing those running shoes more often than not.

2. Find something that you can enjoy for a long time There is more to exercising than just lifting weights in a gym and it’s fine if you don’t enjoy it. Find something that you know you can enjoy doing for a long time. Ask yourself: Do you prefer running around a scenic area or on a track? Do you mind paying more to work out in a gym or save some money to exercise at home? Look up for other forms of exercises that interests you, such as hot yoga or dancing. You can even consider switching up a little every now and then to keep things fun (a very big motivational factor too!)

Know that it is perfectly fine if you are taking some time to figure it out. Even if you see yourself switching between different types of exercises, don’t worry about it! Just remember that not everything which is done by your friends (or even celebrities) might appeal to you, so don’t follow blindly.

3. Do up a commitment contract

Once you have come up with your goals, pen it down! It’s one thing to know that you want to exercise, but it’s another to actually materialise it. By writing down your goals, you are internalising them and becoming more aware of your goals. You can even do up a commitment contract, where a penalty is involved to incentivise you to stick to your workout regime. If you are afraid that you won’t keep your word to pay for the penalty, share this commitment contract with your close friends so that they can help to keep an eye on you too!

Celebrate the milestones that you have reached when you achieved your exercise goals! The idea of a reward helps to create a neurological “habit loop”, which allows your brain to latch onto the idea of a reward, drawing a link to an action being worthwhile. Not only does it increase the chances of making exercising a habit, but also serves as an excellent motivation to push yourself further. However, it is important to vary the number of rewards given as it is meant to be something for you to work for. For instance, you can reward yourself to a small bowl of dark chocolate if you jogged for 30 minutes in a week, instead of a cup of smoothie after running for every 5 minutes. The key is to have real rewards that you have to work for it. Studies have shown that rethinking positive thoughts is proven to be effective in a motivational strategy. Why not try picturing yourself feeling all wide and alert after a good workout, or even excited when you see packs developing on your tummy? The constant thinking of such positive thoughts will suggest positive emotions and help to gradually eliminate the mental barriers that causes you to procrastinate exercising. You can go one step further by identifying mental obstacles and adopt realistic problem-solving techniques.

6. Do not be overly obsessed with your weighing scale Remind yourself that the numbers on the weight do not label you so don’t be discouraged when you step onto the weighing scale. We all want to lose those extra pounds, but such changes will take time. The moment you start exercising regularly and eating healthily, you are definitely shedding off calories. So don’t fret over the numbers you see on the scale, stick to your exercise routine faithfully! Before you know it, the results that you are hoping for will come knocking on your door.