4 Pineapple Tarts Have More Calories Than 1 Plate Of Nasi Lemak! This CNY Calorie Guide With Useful Tips Will Help Prevent You From Over-Eating 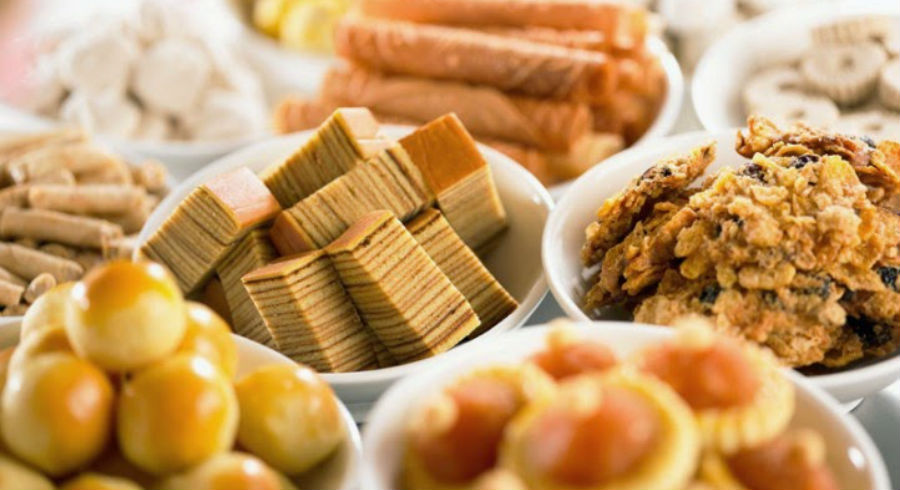 Does This Mean We Should Abstain From Eating Chinese New Year Goodies?

For an average woman, the daily calorie food intake should be between 1200 and 1500 Kcal in order to maintain the current weight.

We spoke to a nutritionist from Marie France Bodyline, which owns a chain of slimming centres, who proposed a meal plan that we can follow during the Chinese New Year period, that would still fall within the calorie intake limit:

The nutritionist from Marie France Bodyline also suggests this: