10 amazing gyms you need to see to believe 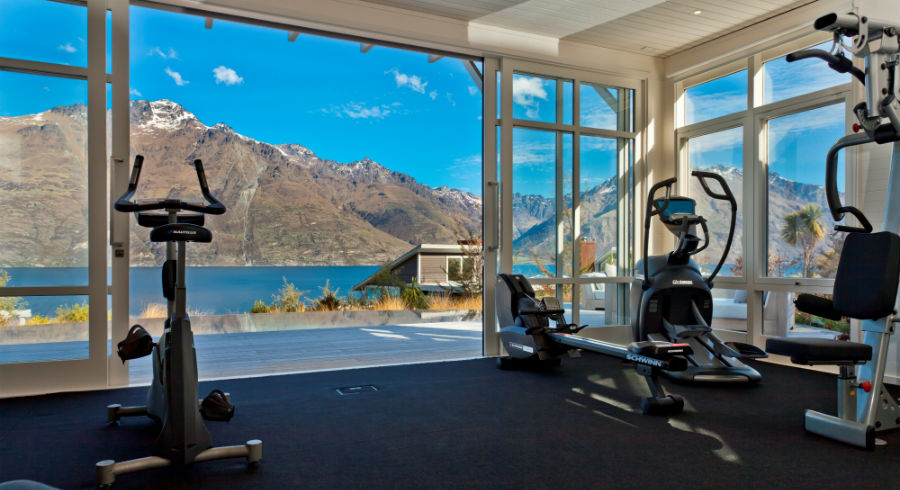 Not all gyms are created equal, and most of them have the workout equipment facilities, views, clientele and yes, price tag to prove it. We’ve collated a dream list of gyms around the world that are so amazing, we hope one day our bank accounts would have enough weight to afford a visit.

Can you outrun a cheetah? Test your physical limits at Sasakwa Lodge’s gym, with an amazing view of the Grumeti reserve. The tastefully decorated gym also adds on to the elegant, rustic feel reminiscent of the old world.

All Madonna fans on alert! Hard Candy Fitness is a collaboration between the iconic pop star, her manager, and the founder of 24 Hour Fitness. Aiming to merge fitness with entertainment, Hard Candy Fitness boasts of traditional training methods such as Zumba, Cardio Kickboxing and Latin Moves, and also innovative classes such as BarWorks, Sculpting and Capoeria. All classes – private or in groups – will be held in uniquely and lavishly-designed spaces all with Madonna’s touch.

Named after Bo Jackson and Lance Armstrong, Nike’s Oregon headquarters not only hosts one, but two gyms for the exclusive usage of their employees. Apart from a full-sized basketball court (where Kobe Bryant was reportedly known to shoot hoops at), they also have an Olympic-sized pool complete with starting blocks and a timing clock, a 44-foot indoor climbing wall, an array of weights, cardio machines, and equipment for spinning, yoga, and pilates. Fancy a good muscle relaxant after an intense workout? Try their steam rooms, saunas or hot tubs! The gyms however, are extremely exclusive; only Nike’s employees are allowed to use them. A former employee was fired for bringing a friend and his son to shoot a few hoops at the basketball court!

Find your inspiration to work out while facing the mesmerising Remarkables Mountain Range and Cecil Peak at Matakauri Lodge in Queensland. You could also do some water aerobics in Matakauri’s heated infinity pool right outside the gym, which faces Lake Wakatipu.

Membership costs $20,000 per year… and also, Princess Diana and Kate Middleton worked out there before. Yes, we are namedropping.

The Lost Angeles Athletic Club is a prestigious, private club that opened its doors in 1880. It has kept much of its antique furnishings, but surprisingly its gym is one of the most luxurious and well-equipped in downtown LA. Apart from two swimming pools including a 25-yard lap, it also has a full-sized basketball court, weight machines and dance lessons like “Dance with Demi: A Seductive Striptease” for the ladies. Hmmm…

This gym makes our list because we cannot fathom how luxurious this gym is for a university! Students can actually enjoy an “indoor beach”, a pool that features a waterfall, and a lazy river after a cramp-inducing work out. As if that’s not enough, they even offer full service spas to help you further relax.

Okay, this gym makes the list for its ingenuity and artistic value. Instead of the normal rock-shaped holding elements, the unusual climbing wall designed by Nendo at Illoiha Omotesando Fitness Club features a series of photo frames, wall mirrors, and decorative wall ornaments.

The draw of David Barton Gym lies in its innovative interior design concept. Built upon the history of the neighborhoods each gym is located at, such as the punk and glam of the East Village, stepping into David Barton is a totally new sensory experience altogether. Perhaps this is their strategy to get you to work harder; they want you to forget the outside world once you’re inside, and to get your heart racing before you ever step onto the treadmill.