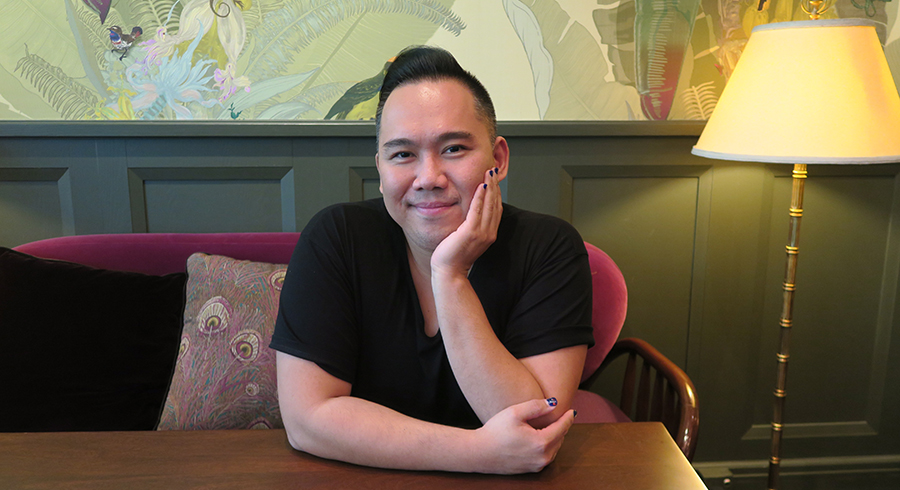 Who would have thought that the Makeup Director for Maybelline New York, who is now one of the judges at the Asia’s Next Top Model 4 (AsNTM4) is born and bred in Singapore? Nigel Stanislaus has worked with celebrity clients such as Olivia Newton-John, Agyness Deynn, Kelly Osborne, and supermodels Linda Evangelista and Cindy Crawford, just to name a few. We caught up with Nigel when he was in Singapore for the filming of AsNTM4, and got him to share with us the latest trends of the season, what it’s like on the set of AsNTM4, and how he went from Singaporean boy to makeup extraordinaire.

Trends of the moment

When we are before one of the movers and shakers in the fashion and makeup industry, we’d never have let him off without sharing with us what he saw in the (makeup) crystal ball. Spending a lot of time working in Australia, Nigel notes the interesting differences between makeup trends embraced by the Australians and Asians.

“For Australia, it’s all about the natural look and inspiration from the ocean. Think bronzed beach holiday looks, and blue hues reminiscent of the sea water. But pearlescent is beautiful in Asia. Defined brows and matte lips are also to look out for.”

Going into details about the key Spring/Summer makeup trends, Nigel explains that matte skin is one of the strongest trends this season. But how do we rock matte skin in humid Singapore?

“You’ll need these products: miscellar water, primer, and blotting paper,” advises Nigel. “And instead of ‘touching-up’, use these products for re-application instead.”

And if there’s one look to invest in, Nigel says, it’ll be the brows. “Strong brows are the new accessories for the season!” he exclaims.

On Asia’s Next Top Model If you have watched Episode 5 of AsNTM4 aired yesterday (6 April), you wouldn’t have forgotten Nigel as a candid judge and makeup director on the show. When asked how it was really like on set, Nigel said: “Some people think that reality shows are scripted. I can’t speak for other reality shows, but we really get to say whatever we want while on Asia’s Next Top Model. We are not fed any lines at all.”

Impressed with the standard of participants in the show, Nigel says the most striking traits of the girls on the show are their sense of determination and perseverance. And like them, Nigel is familiar with what it’s like to chase after his dreams.

From Singaporean boy to internationally-acclaimed professional A graduate from Temasek Polytechnic’s Apparel Design & Mechandising, Nigel Stanislaus will never have thought he’d one day become a makeup artist. “Maybe a stylist,” he mused, and not even a fashion designer, because he could not sew well. But with a stroke of luck, he found himself on an internship in New York and it was also during this stint that he brushed shoulders with top designers and got familiar with what it was like backstage at a runway show.

Nigel eventually picked up makeup, initially as a way to earn extra money. But a one-year long interview with Maybelline will eventually change his life forever – and with many more years of practical training and innate talent, now he’s gone from boy who loves glamour and bright lights, to a makeup maven that is respected in the industry.

The affable and humble and Nigel shared, “I never knew what I really wanted to do. But I got to where I am at eventually by eliminating what I know I didn’t want to do.”

Call it sheer luck, but Nigel has a formula to success that perhaps he didn’t even know until upon retrospect. “Take chances,” he advises, “and don’t be afraid to fail. Have a hunger for your passion, and follow your heart. Of course, you’ll also need to persevere, and have the right character to work hard, and you be happy with what you do.”