Our Writers Ask Their Boyfriends If They Could Name The Makeup Products They’ve Used For Their Looks. The Results? Hilarious! 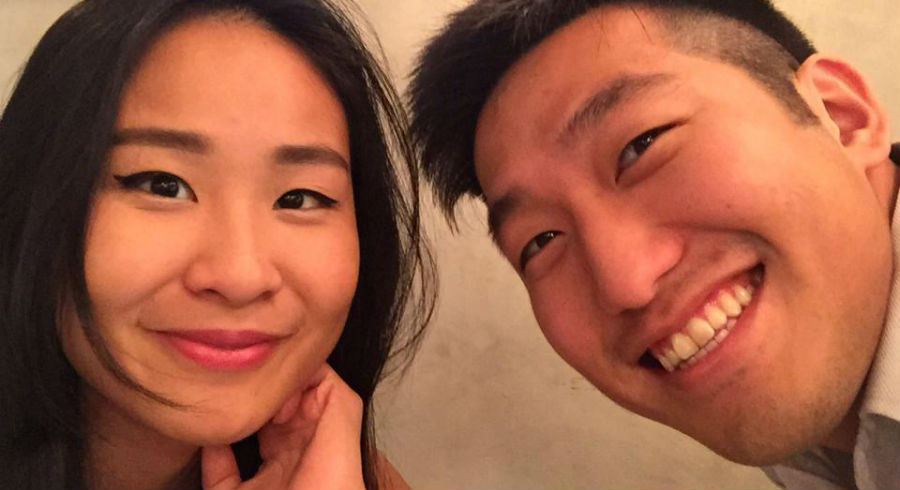 We spend a lot of our time before the mirror, carefully putting on makeup, thinking that we are going to impress our beaus with those perfectly lined eyes (yes, complete with an immaculate wing!)

But do men really know if it’s eyeliner or mascara that contributed to the pair of eyes they love to stare into?

Some of us on the Daily Vanity editorial team put our other halves to the test.

What Kevin thinks she wore:

“It was a huge failure!” Vanessa described the experience. Although she admitted that she made it confusing because she used many products. We could tell he tried his best. At least he managed to guess she must have worn lipstick because “I can’t tell you have used it, but you keep trying colours, you must have used it.”

One thing that stood out: Kevin called the eyeshadow (which Vanessa didn’t wear on her eyelids) this:

The shiny thing on top.

What Khairun thinks she wore:

We thought this was super commendable considering he actually knows what a primer is. How many men know that a product called a “primer” existed? We’re impressed! Good job, Khairun! When Tiara asked how her fiancé knew, he said: “‘Cause that’s how you usually start your makeup.”

Aww, ladies, this is how you know he paid attention.

Khairun also thought that Tiara was wearing “copper-ish eyeshadow” (she didn’t), which makes us wonder if he’s trying to name all the makeup products he can remember by heart.

When Tiara asked what kind of eyeliner he thought she was wearing, he said:

What Wayne thinks she wore:

…and suggested a few other products Jacelyn wasn’t even using, like blusher and foundation. Jacelyn says she doesn’t ever wear foundation. (You hear that, Wayne?)

When asked “which kind” of eyeliner and blusher she was wearing, Wayne also conveniently named-dropped Sephora both times (“The one you bought from Sephora!”), which was very, very smart. But Wayne, Sephora isn’t the only place that sells makeup, just so you know!

Our favourite quote from Wayne at the session:

There’s dust near your eyes. Is that eye sh*t?

It looks like men do know a little bit…

The men in our lives may not know exactly what we put on our faces but they do care (enough). At least they know where we usually get our stuff (always Sephora, according to Wayne), what we can’t get enough of (lots of lip colours, according to Kevin), and notice that we put effort into details (applying eyeliner “inside the eyes”, according to Khairun). They may not be the most observant people, but they know what matter.

Try this experiment with your beaus and tell us how it turned out!