How do our favourite female celebs hold up in the #10YearChallenge? By now you would have seen the #10YearChallenge taking the internet by storm. It seems that everyone, including your favourite celebrities and even your parents, is uploading photos of their glow-ups (and glow-downs, for some) after a decade’s worth of hard work.

Just like any other person, our favourite celebrities also have had their fair share of transformation; some have clearly withstood the test of time, while others took a 180-degrees turn in their styles and vibes. We take a look at some of our favourite female celebrities to see how they have changed (or not!) over the past decade, and share beauty secrets and lessons that we can learn from them.

Read: 7 signs you use ride-hailing services more often than you would admit

Our favourite Korean actress from My Sassy Girl has gone through a lot in the past decade: she not only continued to act in a multitude of award-winning shows and further established herself as a top Hallyu star, but also got married, and even gave birth to 2 kids!

In spite of all that, the 38-year-old still looks like she could pass for a K-pop idol, with such clear skin that a lot of us in our early twenties don’t even have. How exactly does she do it? One beauty secret that the HERA ambassador let on is that she pays a lot of attention to cleansing, and makes sure she gets enough rest.

DV Tip: Go get the recommended 8 hours of sleep, pronto!

Can you believe that this Hong Kong actress is already 52 years old? Neither can we! We could possibly do a 20, or even 30 Year Challenge with Vivian Chow, and she will still look exactly the same. She still sports the same doe eyes and fair complexion; together with her big heart for charity and clean image over the past decades. It is little wonder that she is hailed as the “frozen age goddess” by fans.

While she doesn’t claim to have the elixir to eternal youth, Vivian Chow is a big fan of foods such as braised pig skin, fish, red-skinned grapes, carrots and tomatoes. She also steers clear of deep-fried food, as she says that these are very bad for the skin.

DV Tip: Skip the fried chicken as much as you can, and eat more foods that are rich in collagen!

Even after a decade, the “Queen of Caldecott Hill” is continues to reign in the local entertainment industry. While it seems like she didn’t escape the inevitable signs of ageing (read: wrinkles and fine lines), we still have to give her props for maintaining skin so smooth and taut even when she’s in her fifties.

However, you may be shocked to know that even the queen didn’t start out with skin this great. Zoe Tay actually shared that back in her younger days, she did not know how to do proper makeup removal or proper cleansing despite putting on a lot of makeup, and her skin suffered as a result of that. She has come a long way since then – she now even emphasises the importance of using sunblock!

DV Tip: It’s never too early to start a proper skincare regime, especially when it comes to cleansing.

#TBT Miss World at 18! The turn of the millennium…the year 2000! Wow. It feels like just yesterday I was living this dream. Now, almost 20 years later, my enthusiasm for changing the status quo remains as strong and is at the core of everything I do. I truly believe girls have the power to bring about change if they get the opportunities they deserve. #strivehigher #dreambig

Throwing it back to one of the best parties of the year. Rounding up some of my favorite @VanityFair After Party looks. Swipe ➡️ to see.

This actress and former Miss World ages like a fine wine, and half of it is thanks to her good genes. The other half is her discipline – did you know that she runs by a strict skincare routine? According to the all-rounder (who recently got married to our childhood idol Joe Jonas!), no matter what’s happening in her life, she washes her face every single night and moisturises — even if it’s 4am. Whew!

For those who are in awe of her luscious locks throughout the decade, Priyanka Chopra will also let you know that a coconut oil massage is very good when it comes to repairing hair!

Still remember the Japanese lead actress from 1 Litre of Tears? You may be in for a rude shock to see that she looks completely different ten years later – she has completely shed her youthful, innocent image.

Her fans may know, however, that she is actually a very controversial figure in Japan. Infamous for her love for the nightlife and heavy smoking habits, we suspect that the unhealthy lifestyle has taken its toll on the 33-year-old. Of course, she may be intentionally going for a more mature vibe, so if that’s what you are going for, you can take a few styling tips from her recent looks.

DV Tip: Cut back on the nightlife activities and smoking, for both your health and your skin.

In 2009, she was glowing; in 2019, she is not just glowing, but also helping other people to glow. Rihanna still looks every bit as gorgeous throughout the decade no matter her makeup style, and her skin is consistently clear. Now that’s something most of us can’t boast about, unfortunately.

You may imagine her skincare routine to be complex, but you’ll be surprised. Her quick skin fix? Cutting out alcohol and drinking lots of water. This emphasis on hydration also comes in the form of hydrating masks and moisture sprays, as Rihanna’s makeup artist revealed.

Makeup trends come and go, and obviously Chinese actress Fan Bingbing is at the forerunner of beauty trends. While the old hype was about looking tanned and bronzed, translucent, fair skin is now what many East Asians have a hankering for.

Unfortunately for us, Fan Bingbing swears by an intricate and involved skincare regime; she uses sheet masks daily, and sometimes even twice a day. Keeping up with Fan Bingbing is no easy or cheap task, but there’s a price to pay (literally) for looking so flawless despite your hectic schedules and woes.

DV Tip: Spend time and effort figuring out a good skincare routine that works for you.

You may have seen this child actress in many K-dramas, and marvelled at how beautifully she has grown over the years. We also think that this is an incredible feat – just imagine yourself as a child who has to balance school and filming while dealing with acne during puberty!

Kim So Hyun emphasises the importance of drinking water, but warns that soda and ice cream is not a way to hydrate yourself. Both contain lots of sugar, and will actually cause problems to your skin. She also advocates good cleansing habits: cleanse gently and thoroughly, but not too often!

Although we all know she has changed quite a number of boyfriends over the past decade, one thing that hasn’t changed is her go-to makeup look: a red lip, winged eyeliner, and a “brond” hue of locks.

She does occasionally switch things up with black lipstick and a frequent change of hairstyles, but is Taylor Swift really Taylor Swift without the red lipstick?

DV Tip: Find a lipstick shade that works very well for you – it will save you a lot of time, and help to create an iconic look for yourself as well.

Sky above, Send below, Peace within ?

Most of us may be familiar with the fall of this teen star: after cementing her status as a teen idol in Mean Girls, she became the subject of intense media coverage following a series of personal struggles and legal trouble, as well as stints in rehabilitation facilities.

While she definitely was not spared from ageing, we will give her credit for managing to pull together a more polished look these days. We are not too sure if her makeup skills have deteriorated though.

DV Tip: Stay off drugs, and always make sure that your foundation does not make your face look one shade fairer than your neck.

Read: 7 signs you use ride-hailing services more often than you would admit 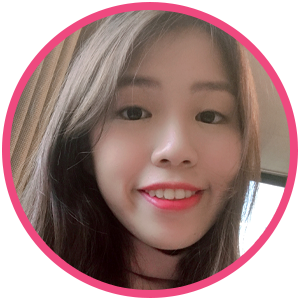