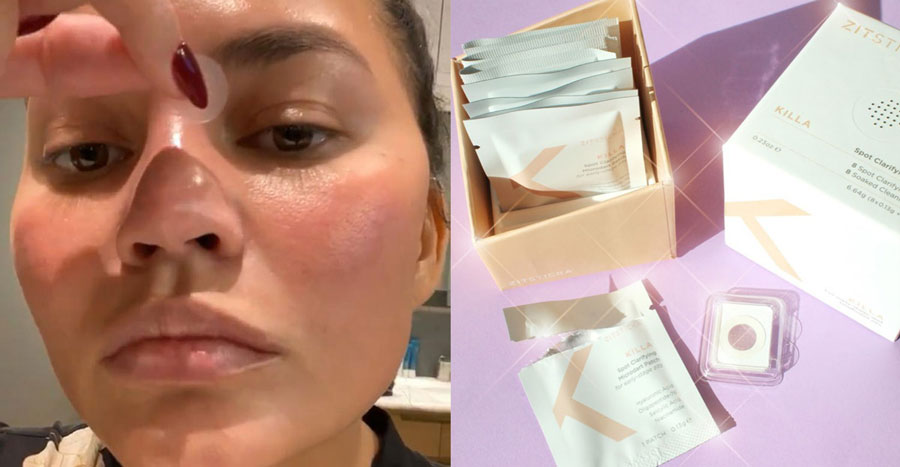 Social media queen Chrissy Teigen may be known for many things, but the one thing we love about her is her honesty. She keeps things 100% real on social media, never shying away from discussing the good, the bad and the ugly of her life.

She also shares very relatable skincare tips that normal people like us could fully get on board with (or not) – such as her inexpensive blackhead fighting hack while wearing a mask.

Suggested read: 80% of reviewers say this acne skincare range is better than their previous one 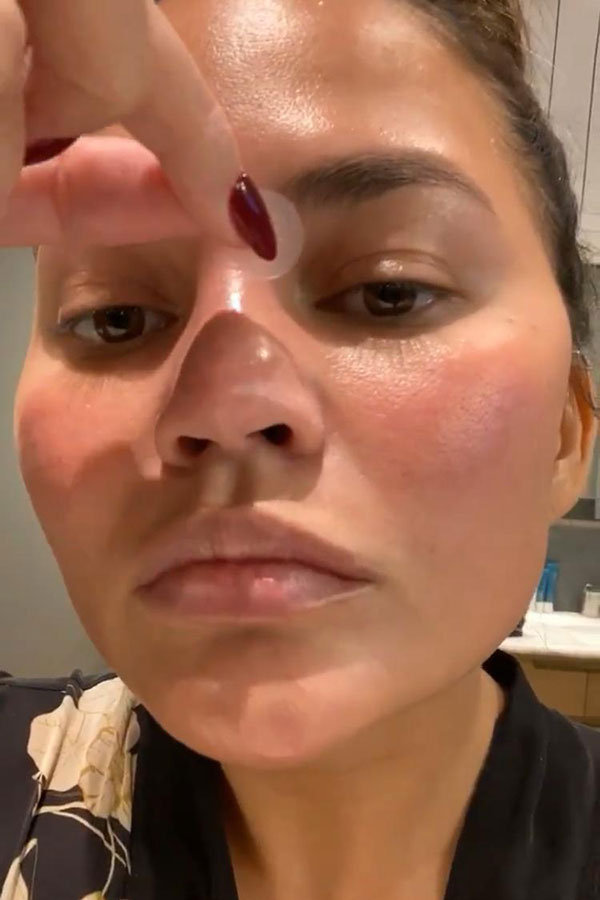 Something that she makes no secret of is her longtime fight against cystic acne. She’s posted Instagram stories about it, including a very real and unedited video of her face sans makeup, with her pimples in all their zoomed-in glory.

She’s also hilariously begged celebrity dermatologist and pimple-popping queen Dr Sandra Lee a.k.a. Dr Pimple Popper to help her with a particularly persistent zit on her chin via an Instagram Story video.

While we’ll never know if she got the help she so desperately wanted from Dr Pimple Popper, we know what product she currently swears by for her recurrent acne problems. Again, thanks to a very relatable Instagram Story. 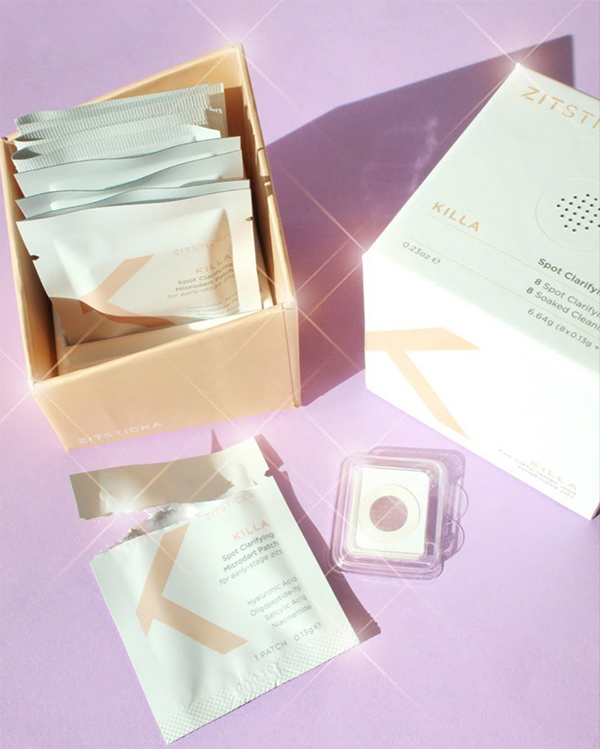 In case you missed it, Chrissy enthuses about her newfound secret to keeping those cystic acne zits at bay: ZitSticka’s KILLA Kit.

Suggested read: 80% of reviewers say this acne skincare range is better than their previous one

How does it work? 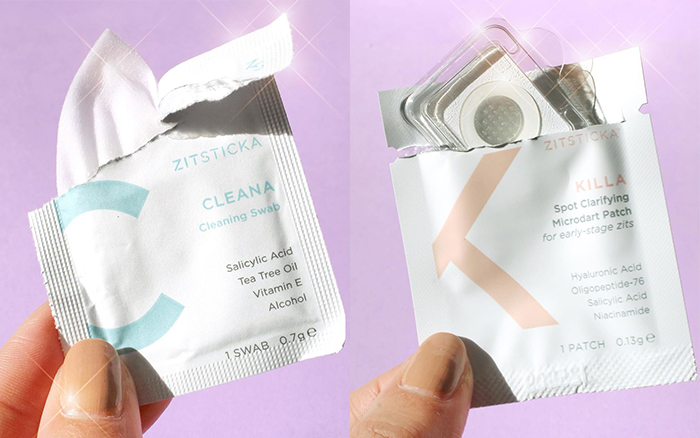 These innocuous-looking bandages are basically like regular hydrocolloid bandages, except they hold a potent secret: 24 fast-dissolving microdarts that will penetrate your skin’s layers to target zits at their source.

Say what? That’s right, these patches are like homing missiles, delivering a potent shot of medication meant to calm your zits down even before they erupt angrily on your skin’s surface. 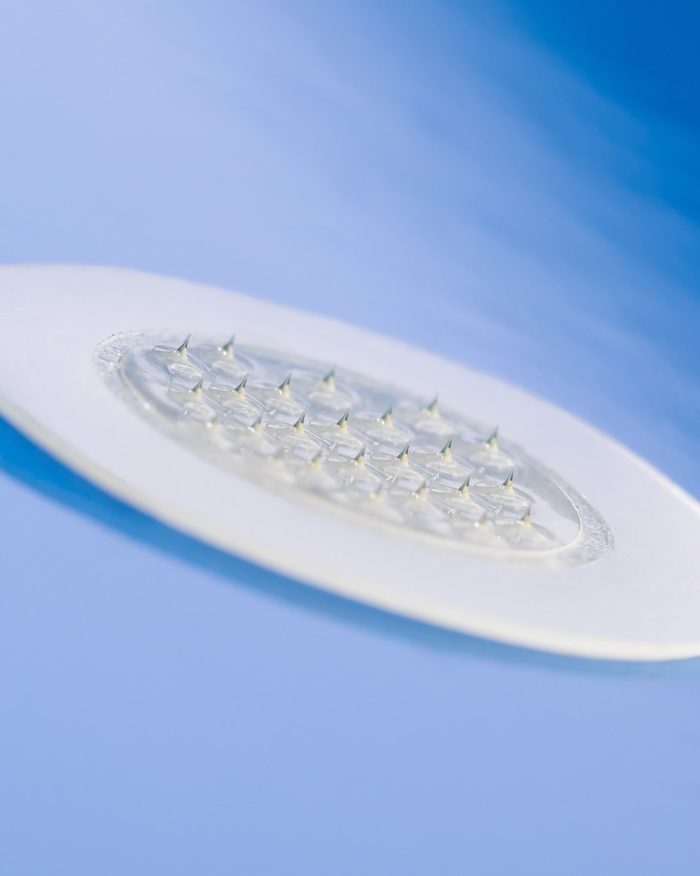 Each dart contains a mixture of acne-fighting and skin-healing ingredients, such as hyaluronic acid to hydrate, niacinamide to reduce inflammation, salicylic acid to break down oil build-up, and oligopeptide-76 to kill acne-causing bacteria.

And it’s as easy as Chrissy makes it look because the kit contains it all from start to end. Prep your skin with the salicylic acid-soaked wipes and pop the patch right on, that’s that.

In ZitSticka’s own words, these amazing little patches work by expediting the life cycle of your zit, treating it at its source under your skin so it never ever sees the light of day. 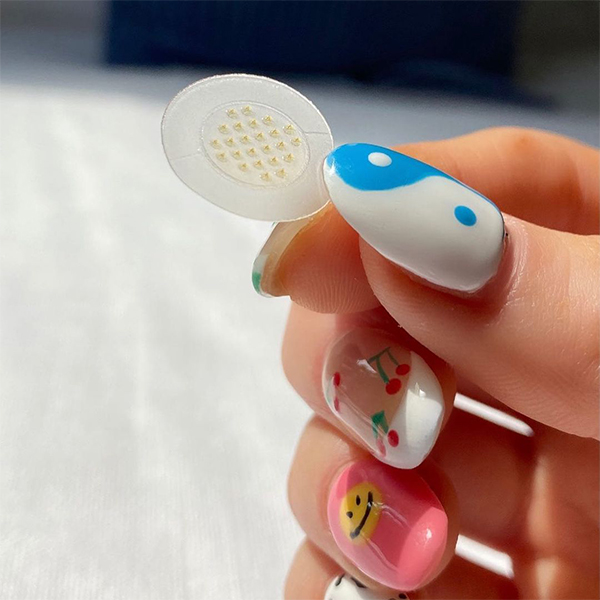 If you’re a bit too late in catching your pesky zit at this early stage, you could still try applying the patch a tad later when you already see it under your skin. ZitSticka says that using the patch at this later stage will force the zit to the surface soon after applying the patch, and you can then quickly treat the zit at surface level.

ZitSticka recommends leaving the patch on for at least two hours to allow the darts to fully dissolve and work their magic, but we think you could just leave them overnight as you catch your Zs and peel them off when you get up in the morning. Easy peasy!

Related read: The cutest pimple patches you’d want to wear even if you’re not breaking out 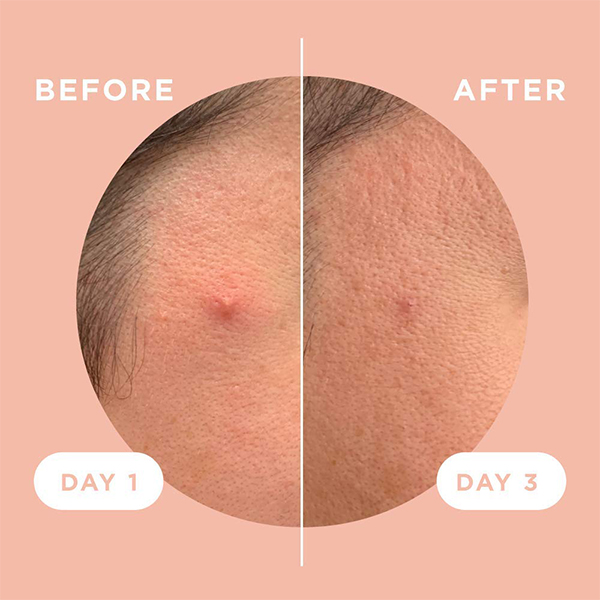 If Chrissy’s love for these patches or the gorgeous ZitSticka Instagram pictures on your feed aren’t enough to convince you to give these wonder patches a try, perhaps some of these reviews from normal women like you and I will.

“Had a huge, hard, tender cystic acne pop up on my 42-year-old chin. It was there for month when I finally decided to order this stuff. Popped on the zitsticka and the next morning the zit was mostly flat. Put another sticker on the next night and it was gone in the morning. This is a game-changer. Honestly just grateful someone invented this. No more month-long zits will be hanging out on this face!” enthuses Rebekah R, who’s been dealing with month-long cystic acne on her chin.

Jasmine Gomez, who is usually not a fan of pimple treatments due to her sensitive skin but loves her ZitSticka Killa patches has this to say: “I think ZitSticka is a game-changer. I was able to spot-treat my fresh zit effectively. I cleaned the area, left the sticker patch on overnight, and by the next morning, almost all of my redness was gone. I would 100 percent use it again.”

While many reviews were enthusiastic about how effective these patches are, it turns out that these patches may be a little pricey for frequent use. At almost S$30 for a pack of four patches, one pack will hardly get you through one week.

The good news is that you only have to use these when you’re fighting a zit, so you needn’t be applying this when they’ve already worked their magic and zapped those zits.

That being said, these patches most definitely will not be replacing your regular skincare routines, they’re only an add on to fight stubborn cystic acne that has long outstayed its welcome on your skin.

The Daily Vanity verdict? Use these for emerging zits because they’re really great at the early stage of pimple development, zapping those pesky zits at the source.

Get the ZitSticka KILLA kit at S$23 from Amazon.sg, additional shipping charges apply. It is also available at LookFantastic, Cult Beauty, and Beauty Bay.