Leaked: Influencers’ posts about Colourpop x Animal Crossing collab are now deleted – but we have the receipts 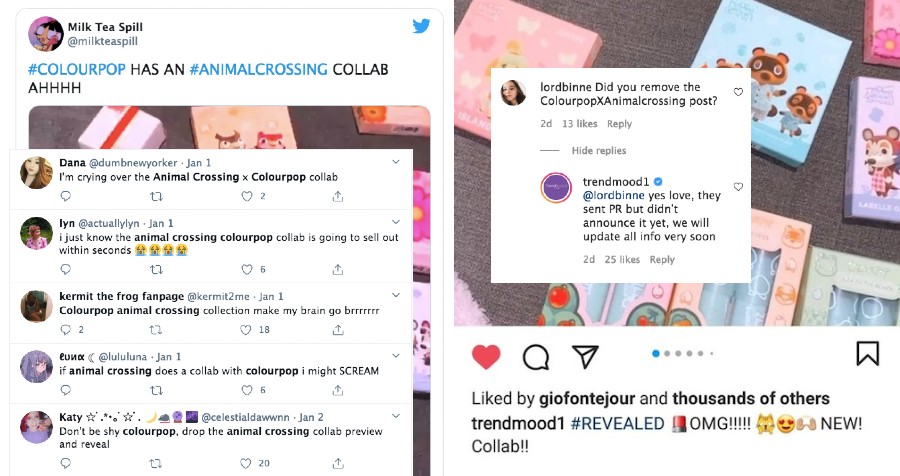 Something bizarre happened over the New Year’s weekend.

Update (18 Jan 2021): ColourPop has made an official announcement about the launch. Scroll till the last section of this article if you want to see the official news.

The story is no longer available but followers have taken recording of it and shared it on Twitter and Reddit. Here’s one of the posts:

@ling.kt’s IG Story was later reposted by @trendmood1 and that’s when the news really exploded. However, @trendmood1’s post was deleted shortly. 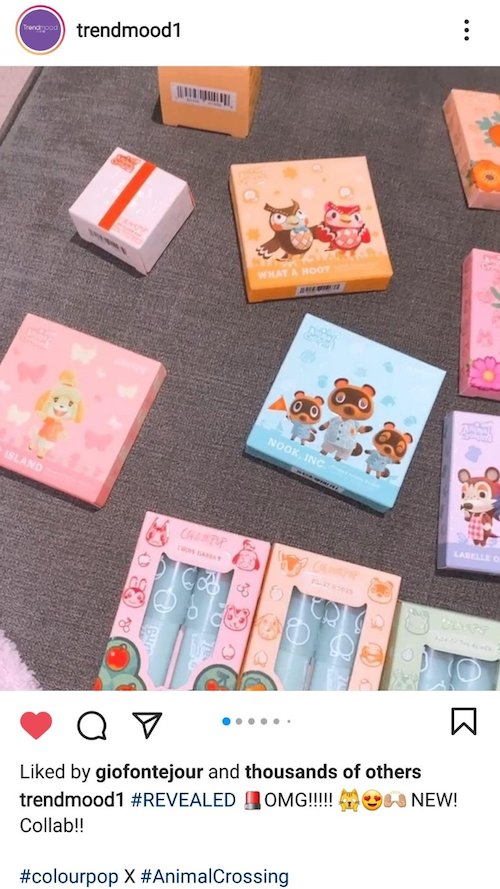 Several followers asked her what happened to the post and she replied one of them. 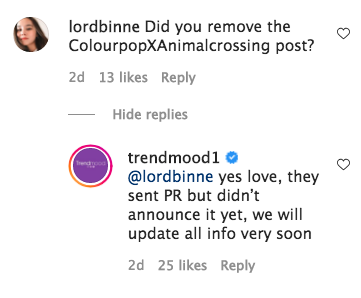 It sounds like the information was accidentally “leaked” by influencers who have received the news from Colourpop but missed the note about an embargo and shared it before the brand wants to officially. There is also no information about when the Colourpop x Animal Crossing collection will be dropping.

Nonetheless, beauty enthusiasts are waiting with bated breath for this launch. 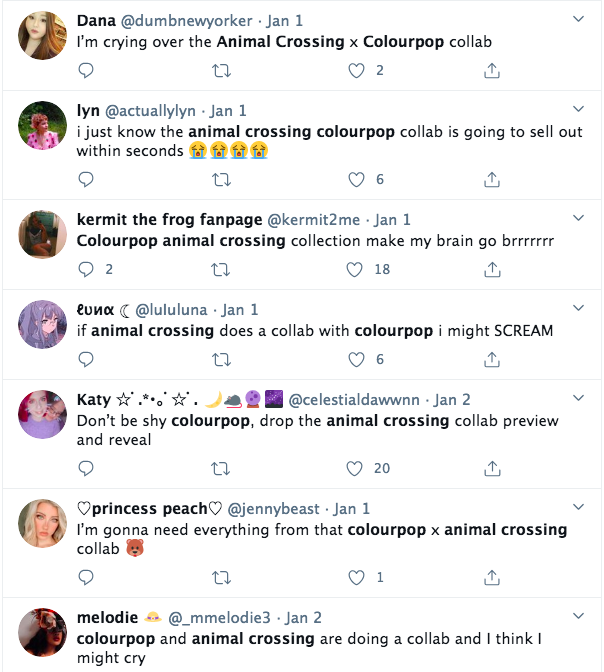 Colourpop has not made a statement about this launch and now we can only wait patiently for them to make the official announcement.

It looks like ColourPop is finally ready to make the official announcement over the weekend.

The brand shared the above post on their Instagram announcing the products that will be available in the ColourPop x Animal Crossing collection. They include four (yes, FOUR!) palettes, three lip duos, two blushes, one single-pan shadow, and one pot of glitter that looks pretty magical.

ColourPop also shares that the collection will drop on 28 January, 10am PST (that’s 29 January, 2pm in Singapore) on their website and on 14 February at the Ulta website.

The swatches look pretty amazing. You can view them in these two posts:

A post shared by Makeup Just For Fun (@makeup.just.for.fun)