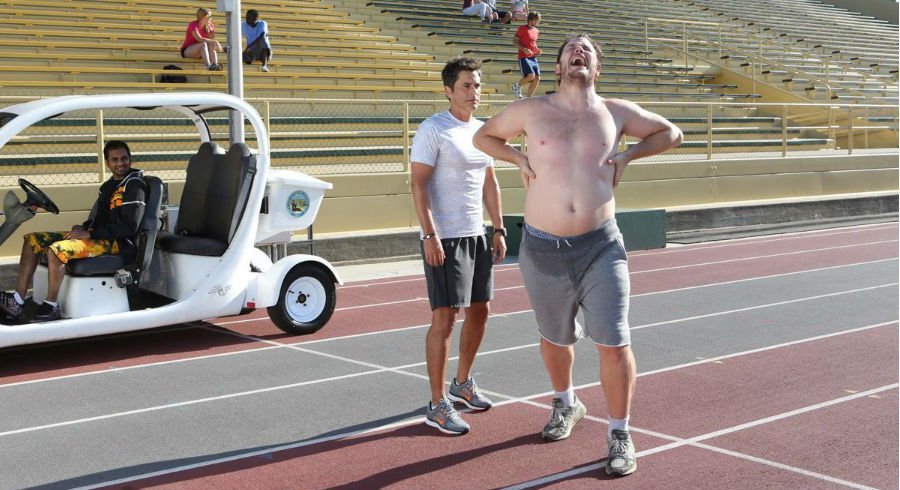 There’s been a recent surge in people talking positively on the idea of the dad bod, originally coined by college-aged girls to describe the a body that is “a nice balance between a beer gut and working out”.

It seems that these girls love the idea of a man who is neither overweight nor the owner of washboard abs. The dad bod is a mix of “pizza beer belly” and “working out”. That is to say dad bods are sort of like Chris Pratt before he became a Marvel movie character.

Since that initial surge of dad bods, both men and women have come out in support of the claims laid out in the initial article that guys with dad bods are more approachable, are better to cuddle with and even suggests that the guy knows what good eats are.

It’s funny then, that no one talks about women the same way. There has not been a single celebrity praised for her slightly flabby “Mom Bod”, or articles that say they’re “easier to cuddle”. Not convinced? Look at this:

So it’s okay for guys to eat pizza and drink beer, but when Jessica Alba has a smoking hot body, it’s SHOCKING that she binges a little. The ugly truth is that media, and people in general, only praise women for having specific body types.

As such, women that have “Mom bods” just aren’t spoken of at all. Post-baby bodies are scrutinised, with weight loss being praised and uplifted as the gold standard.

As a guy, I can’t accept it that we collectively elevate the “Dad Bod” as an ideal body type while we hold a negative mental model for women who put on weight, whether it’s due to having babies or otherwise. It’s a hypocritical stance to take, and something to reject.

I think we should start rejecting these double standards by doing two very simple things:

So let’s call this as it is: This is sexism, and we’ve got to stop it.