Donkey milk makes a resurgence as… a skincare ingredient 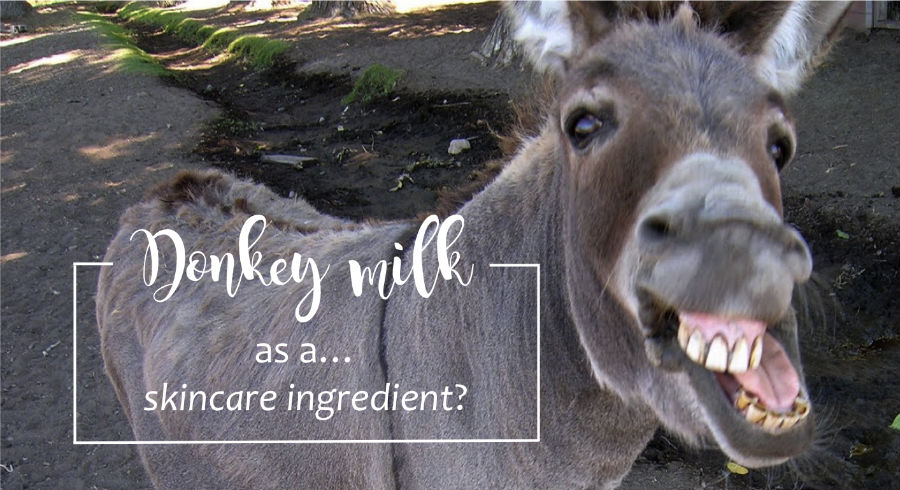 Donkey milk has been making its resurgence as an ingredient in skincare and a healthier option to cow’s milk lately, especially after Pope Francis’ recent revelation that he was fed it as a baby.

The history of donkey milk in cosmetic and medicinal use

But you’ll be pretty surprised to note that the beloved Pope did not pioneer the use of donkey milk. We can’t even credit the Asians for this either, however well known they are to use anything natural in their skincare formulas.

Cosmetic usage of donkey milk actually dates back to Cleopatra’s reign; the Egyptian Queen had a legion of 700 donkeys supplying her with milk to soak in for her daily bath that was purportedly the secret to her soft, moisturised skin. Apart from cosmetic use, the ancient Greeks were also known to use them for all sorts of ailments. The Greek physician Hippocrates reportedly recommended donkey milk to cure liver problems, fevers, infectious diseases poisoning, joint pains and nose bleeds.

Donkey milk is actually the closest substitute for human milk, scientifically speaking. It is rich in lactose and low in fat, and makes it suitable for those who are lactose intolerant, or for babies whose mothers have problems lactating.

Although yet to be supported by official studies, many (including doctors themselves!) have sworn by the effects donkey milk have in curing skin ailments. This is perhaps due to the natural substances present in donkey milk that enhance immunity, which is indirectly helpful for suffers of asthma, eczema or psoriasis.

But as the saying goes, good things are hard to come by. Despite the many benefits donkey milk might have, it is actually very hard to produce on a commercial level, simply because donkeys are not able to produce milk in the absence of their foal, unlike cows. Even then, a donkey is only able to produce two precious litres of milk on average, as compared to thirty per cow. This probably explains why donkey milk has not hit most skincare shelves yet – it is simply too rare!

But I really want to try donkey milk on my skin!

The best bet would be to hit the stores that have them commercially, although all of them do not have a physical store in Singapore (we’ve warned you). But if you are still undeterred, here are some interesting products that you might like to keep in mind:

This is a milk cleanser from Napoleon Perdis that gets rid of all makeup, dirt and impurities at one go. It also helps hydrate your skin, leaving it moisturised and plump. Although suitable for all skin types, those with dry, dehydrated complexions would notice the biggest difference.

Because donkey milk is so rich in fatty acids, minerals, nutrients and given its similar pH level to human skin, it is easier for the product to penetrate our skin, leaving it hydrated and moisturised for long periods of time. This hand cream is also said to improve skin elasticity and brightness.

This is an overnight, anti-aging facial mask that uses donkey milk to repair skin tissue, improve skin elasticity and shrinks pores, as well as visibly reducing the appearance of wrinkles and fine lines. With regular usage, your skin will emerge softer, smoother, brighter and more hydrated.

This mask, like all those mentioned above, provides hydration and moisturising benefits. But what this sleeping pack has that the others don’t is that it improves skin damage.