Fan Bingbing adds her favourite skincare product to her beauty line – find out what it is! 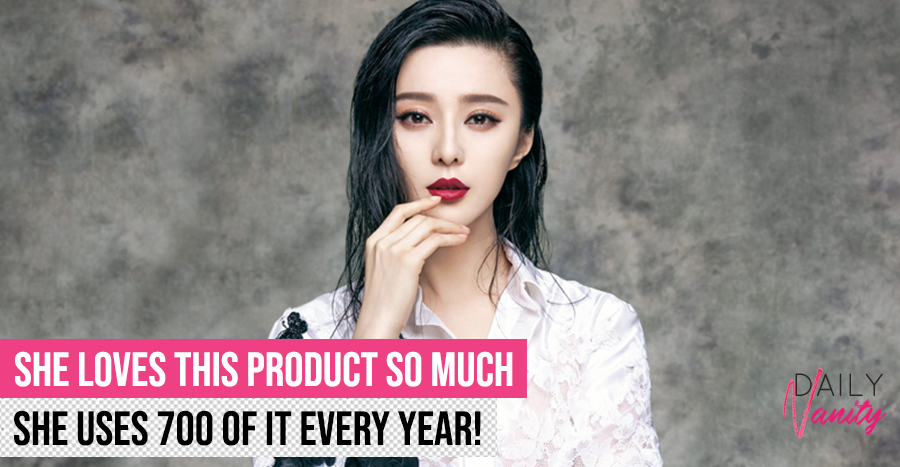 You may be familiar with Chinese actress Fan Bingbing’s tax evasion scandal: she evaded more than USD7 million in taxes and subsequently dropped off the radar for six months. It sparked wild speculation in China about her fate, including reports that she had been detained.

However, Fan Bingbing dispelled such rumours in April this year when she made an official appearance to promote none other than the latest addition to her beauty brand, Fan Beauty. 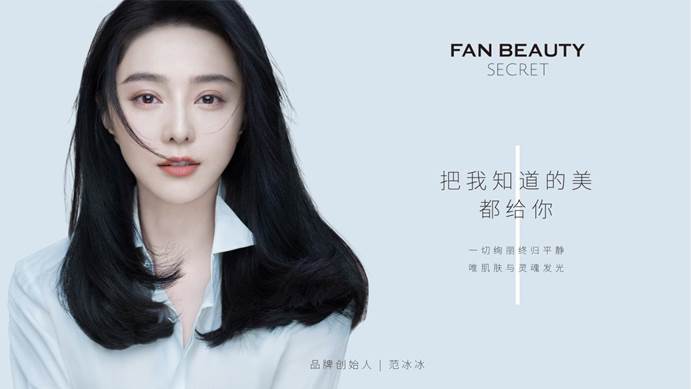 Contrary to popular news reports, Fan Bingbing launched her beauty brand, Fan Beauty, in March 2018. The brand has been exclusively available on Alibaba’s Tmall, and its first product was a skincare device that promises to lift your face and remove the appearance of wrinkles. However, Fan Beauty received backlash from netizens at that time for sounding too similar to Rihanna’s ‘Fenty Beauty’. 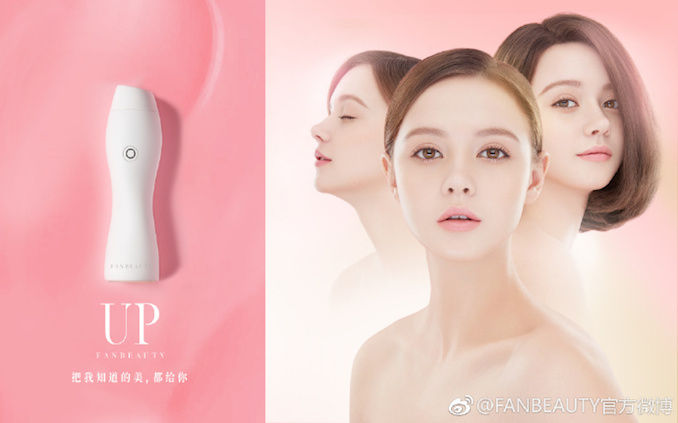 The actress is well-known for her love of using facial masks: she is said to always have a face mask on whenever she’s not working to refresh and pamper her skin. It was also once-reported that the “Queen of Masks” used over 700 masks in one year: that means she uses at least two masks a day! Hence, it is only apt the brand makes a comeback with the Seagrape Deep Hydrating Water Gel Mask. 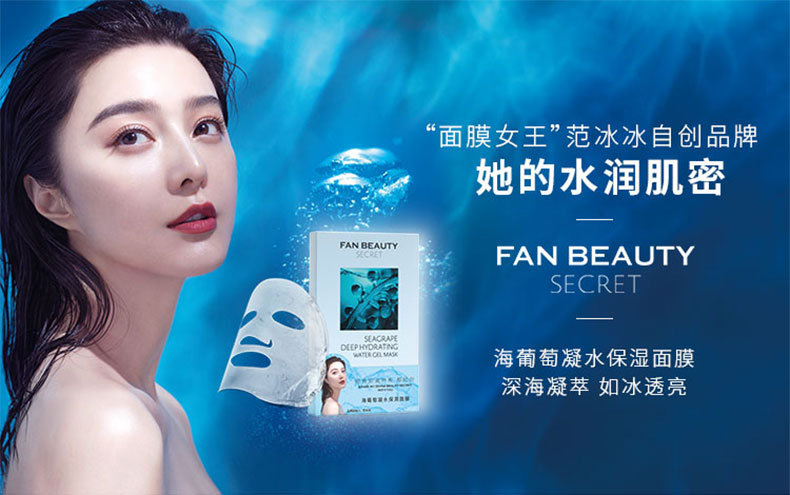 Fan Bingbing personally supervised many months of research, development, and production, which was conducted by elite researchers from Korea. 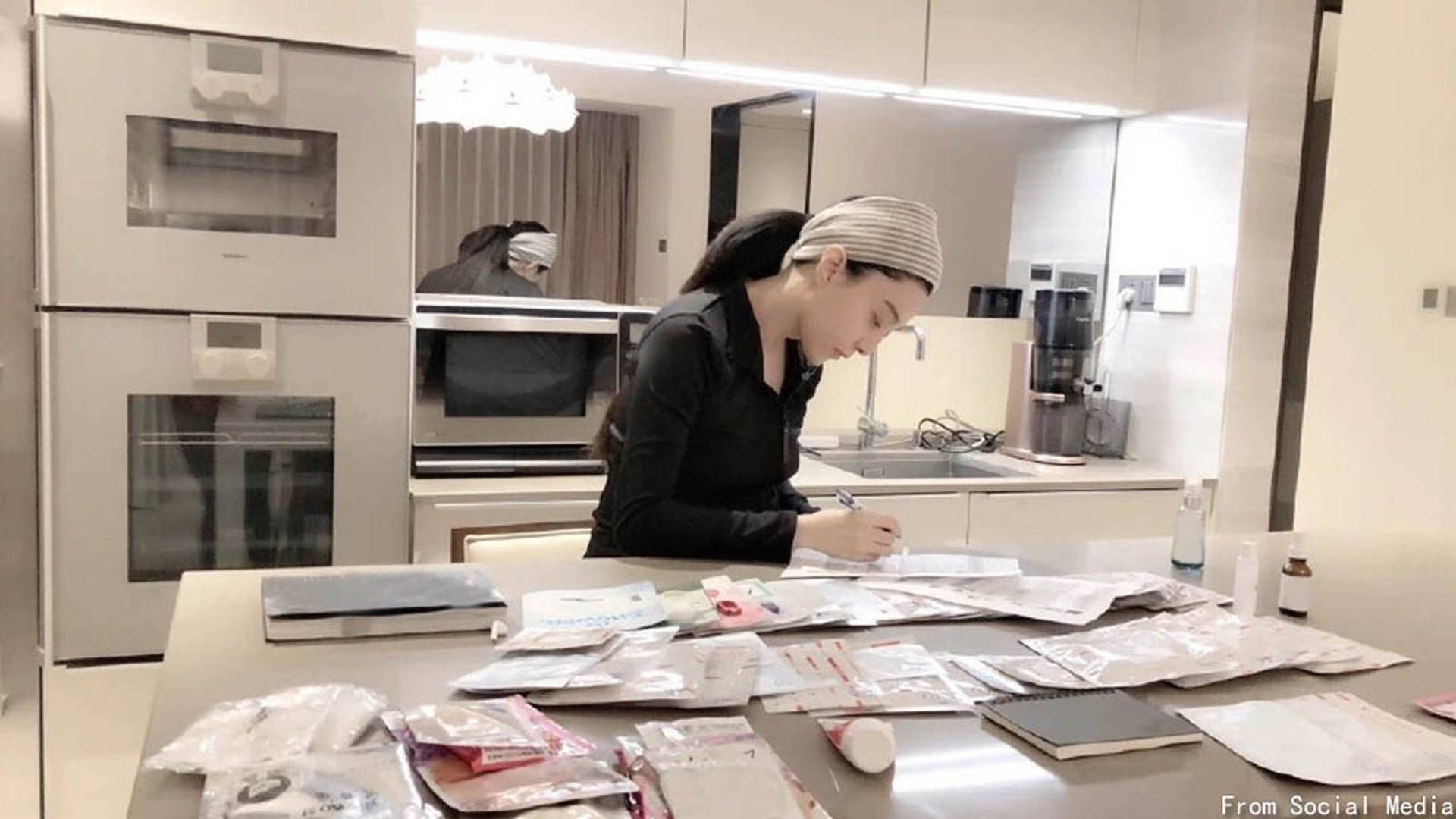 It has since received mixed reviews from users: some love that the mask is very hydrating, and that the essence is easily absorbed by skin.

However, others are a bit more skeptical about its star ingredient, sea grapes, which has been claimed to be able to “help increase the production of collagen”. They pointed out that collagen cannot actually be absorbed into one’s body through the skin. A number of negative reviews have also been made about the “poor quality” of the masks.

While Fan Bingbing has not clarified about the collagen claims, she has since posted several photographs of her using the mask and advocated for its high quality. You can check out a beauty guru’s review of the Water Gel Mask below (video is in Chinese):

If you are interested in trying out Fan Beauty’s products to see if you can achieve the same beautiful skin as Fan Bingbing, you have to either get them on Tmall or Hong Kong’s Sasa stores & website. However, Sasa currently only carries the newest Seagrape Deep Hydrating Water Gel Mask, so if you want to try her other skincare devices, you can only purchase them on the Tmall site.

The good news is that there are plans to export her products to more countries in future, so keep an eye out for them!