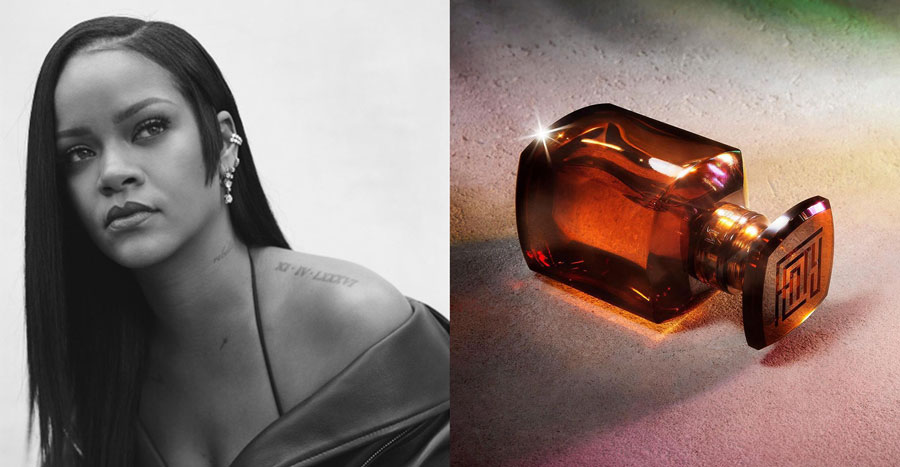 Fenty Beauty has officially revealed its very first fragrance. The unisex scent, named Fenty Eau de Parfum, claims to capture Rihanna’s essence – something that both her fans and perfume enthusiasts would get excited about.

Update (2 December 2021): This fragrance will be returning on 6 December with international shipping for the first time on the Fenty Beauty international site. There are only limited quantities available, so grab them before they’re sold out again. Teaming up with perfumer Jacques Cavallier Belletrud, the scent is spicy yet sweet, and it draws inspiration from the singer’s favourite places – Bridgetown, Barbados; Grasse and Paris, France; Los Angeles, and New York City. Expect notes of magnolia and musk, combined with fruity and floral accords including blueberry, tangerine, rose, and geranium. RiRi played a part in the bottle’s design process too. The amber-brown glass bottle is her favourite colour, and it reflects her aesthetic that merges vintage and modern, as well as masculine and feminine.

Fenty Eau de Parfum will retail for US$120 (S$162.36) at the Fenty Beauty website from 10 August. Get exclusive pre-launch early access when you sign up on the website. Watch this space, because you’ll be the first to know when it’s coming to Sephora Singapore.

Seriously, what can’t our Queen RiRi do?

From makeup to skincare, and even lingerie, the Fenty umbrella seems to have covered it all. But now, Rihanna is expanding her beauty empire into fragrance — and the internet is going wild.

Captioned “Something sensual, confident yet sexxy coming your way very soon…”, the post shows what seems to be a shadowy silhouette of a brown glass bottle.

After which, the Queen herself shared these black and white portrait shots on Instagram and Twitter to officially announce the launch.

While this isn’t the superstar’s first foray into fragrance (she previously released 11 perfumes including Reb’l Fleur, Rogue, and Nude via a licensing deal), this certainly marks the first perfume from Fenty.

And with very little specifics on how it is going to smell like, we can only imagine how heavenly it will be just based on Rihanna’s reputation of being the ‘best-smelling celebrity’. Her go-to scent is Kilian’s Love, Don’t Be Shy, which has sweet olfactory notes of neroli, orange blossom, and marshmallows.

For now, keep your eyes peeled for more updates on Fenty Beauty’s socials because we expect it to be a massive hit.