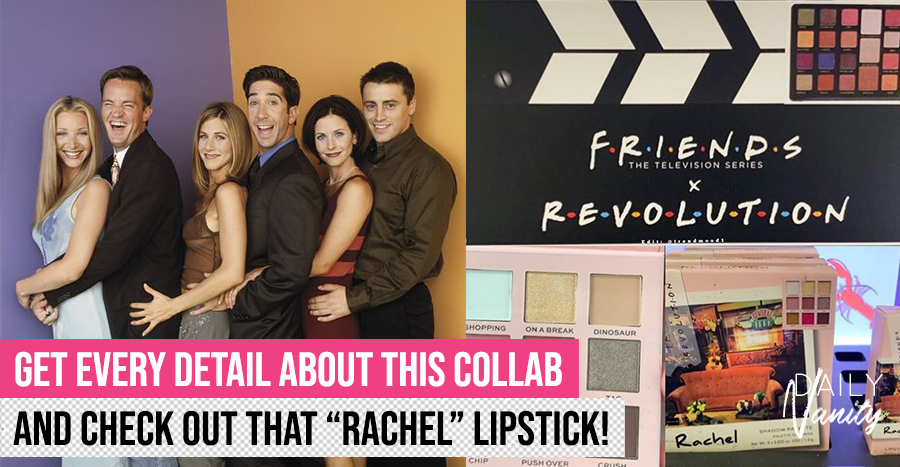 Fans of cult favourite TV programme Friends had been waiting for a reunion that was supposed to be launched in May, but production was halted because of the pandemic and we don’t know when it will finally be out.

But while fans are waiting for the special episode with bated breath, perhaps this surprising makeup collaboration will please you.

London makeup brand Revolution surprised us with the announcement of a makeup collection in collaboration with Friends that is slated to launch on 16 September.

The collection appears to be exclusively available at ULTA in the USA, and products have already been put out in select ULTA stores, ahead of the official launch. 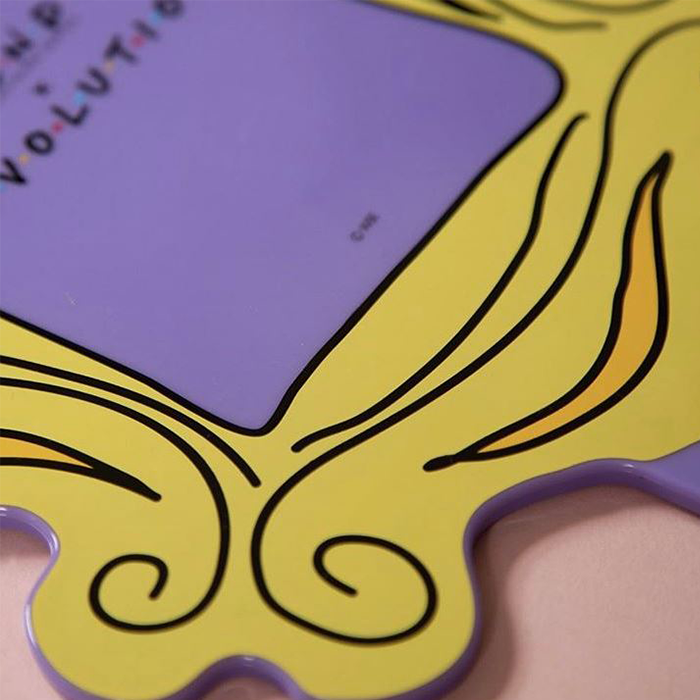 The Friends x Revolution collection consists of accessories and makeup. Accessories that are likely to be most sought after include a purple hand mirror that features the iconic Friends picture frame. 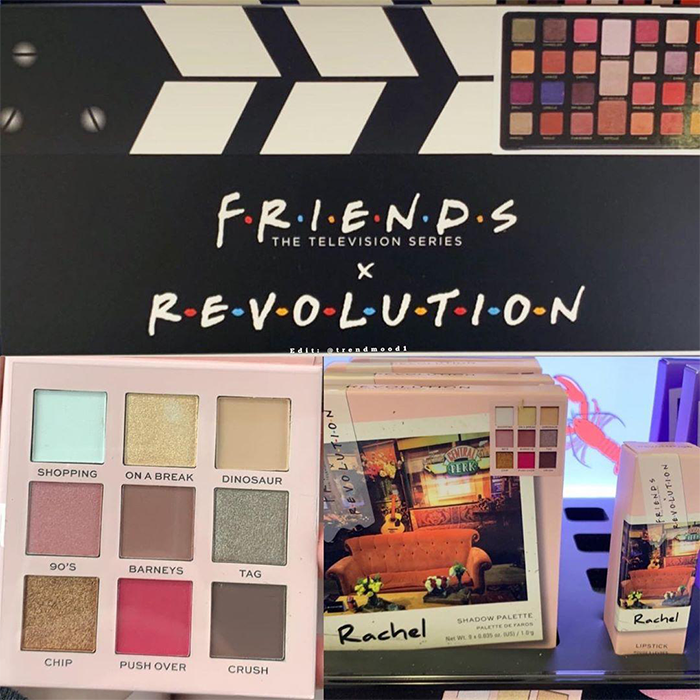 In terms of makeup, the most exciting launches are three mini nine-pan palettes (US$12 each) named after the three leading characters.

Monica Palette is a lilac palette that features the yellow picture frame on the cover, Rachel Palette is a nude pink one that has the Central Perk sofa on the packaging, and Phoebe Palette has a blue case, and features a yellow taxi on it.

Eyeshadows are also carefully named and are themed around the characters of their namesake. For instance shadows on the Phoebe Palette are named Science Boy, Bike, and Smelly Cat, Monica’s shadows are called names like Bing, Obsessive, and Geller Cup, while Rachel’s are called Shopping, On a Break, and Chip. 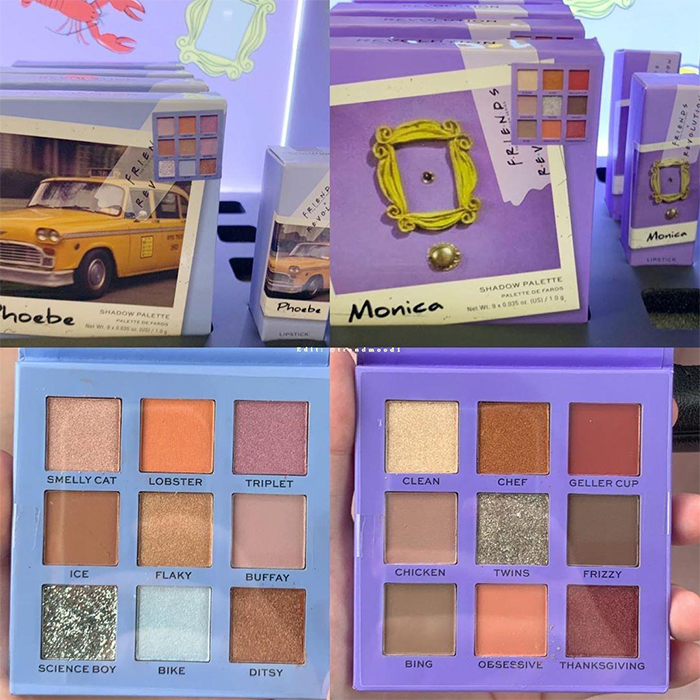 Besides the mini palettes, you can also look forward to three lipsticks (US$8 each), named after each of the three leading female characters. 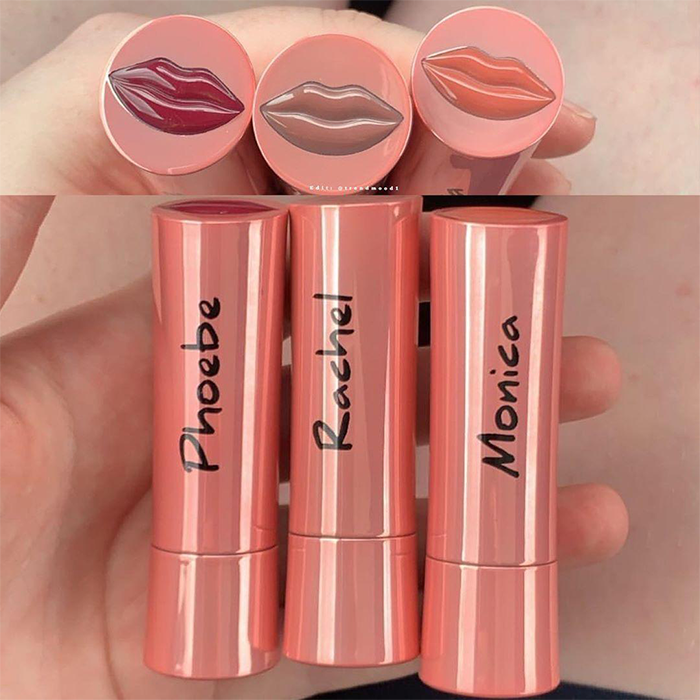 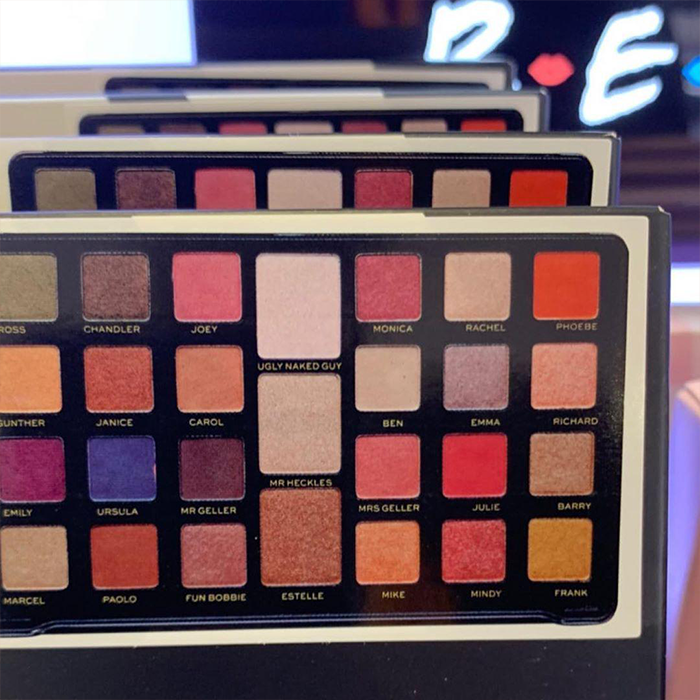 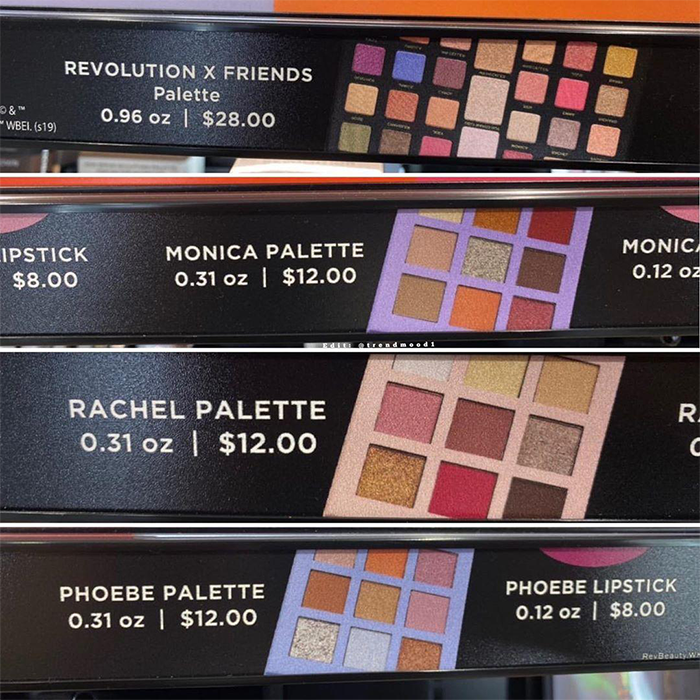 Finally, if you believe in the “go big or go home” mantra, then you’re going to be excited about the huge Revolution x Friends Palette (S$28) that contains 27 eyeshadow shades, each one named after a different Friends character.

Unfortunately, the makeup collection is not available in Singapore, and Ulta.com does not ship to international addresses. However, you can use a freight-forwarder to shop on the website.

All photos taken from @trendmood1