This is awkward: using erection cream for fuller lips is the latest hack on Tik Tok 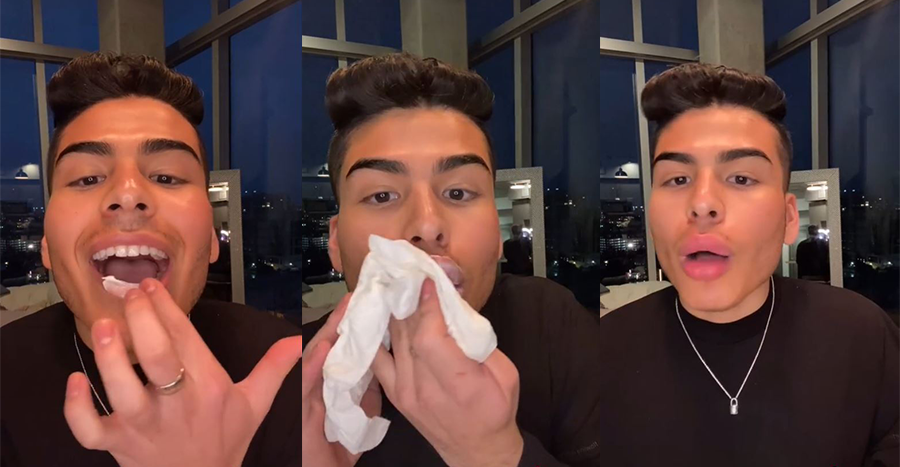 Tik Tok may have given us some wonderful beauty hacks, but have also started weird trends like creating dark eye circles.

While the ones we’ve just mentioned may either work or not on you, here’s a new Tik Tok trend you should probably not get on board with.

Tiktoker Jerry Mal said he saw a hack in a movie and decided to try it. The hack he was talking about? Using an erection cream on the lips so it looks plumper.

He described the experience saying, “It kind of tingles. It’s not terrible, but we’ll see.”

He told his viewers that he was going to leave the cream on for another five minutes to see if his lips could get bigger, but he removed it after a few minutes because it started stinging.

He then removed the cream and declared, “I kind of like it.” This video has received over 3.5 million views so far and more than 2,000 comments, including many suggesting that they’d like to try it.

However doctors that the media spoke to warned against this hack.

“Individuals trying this could suffer an allergic reaction such as stinging, soreness, blisters and uncomfortable swelling.”

The expert also said that there can be other side effects such as headaches, blood pressure issues, heart problems, and even flare up cold sores if the user is prone to them.

But it looks like Jerry Mal is pretty committed to his beauty hack and has been seen answering questions about it and using it as the first step of his beauty tutorial in a subsequent video.

You can watch the video here if you’re curious, but remember, professionals warn against this, so do not try this at home.