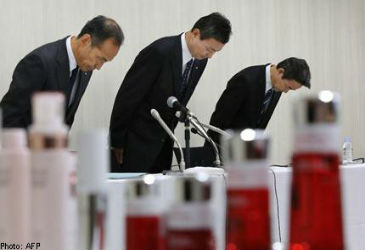 54 skin whitening products under Japanese Cosmetics brand, Kanebo, has been recalled from all over Asia over fears that they could cause problems like white patches and uneven colouring on skin. The announcement was made by Kanebo today. 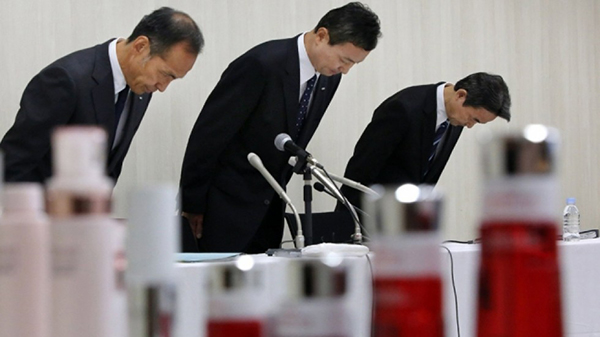 Source: scmp.com. Masumi Natsusaka (centre), president of Japan’s cosmetics maker Kanebo, and other executives bow to apologize during a press conference in Tokyo.

The products are said to contain 4HPB, a substance that was developed by Kanebo, and is derived from birch bark.

A spokeswoman said that consumers complained of white patches on their skin after using the product, and the brand suspects a link between the condition and 4HPB.

As such, the company is recalling 450,000 products already sold, and inventory from the Japan, as well as 10 other Asian markets. Markets affected include Taiwan, Hong Kong, South Korea, Thailand, Singapore, Malaysia, Indonesia, Myanmar, the Philippines, and Vietnam.

From our research, the affected range is likely to be the Blanchir Superior range, which promises whitening by inhibiting the formation of melanin. 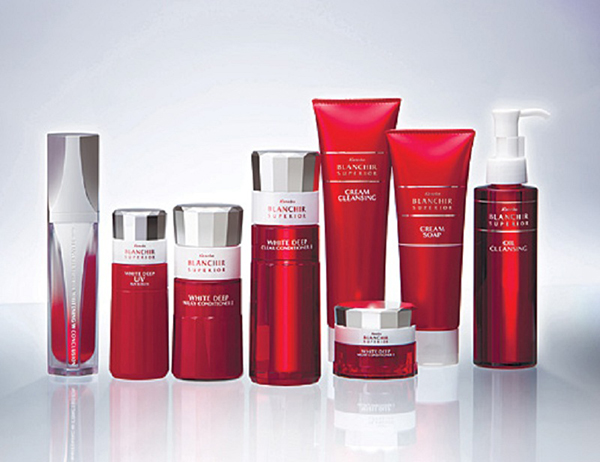 Kanebo also has another whitening range, called the Freshel White C, which is highly popular.

UPDATES: Of the 54 products recalled, only 17 are sold in Singapore.