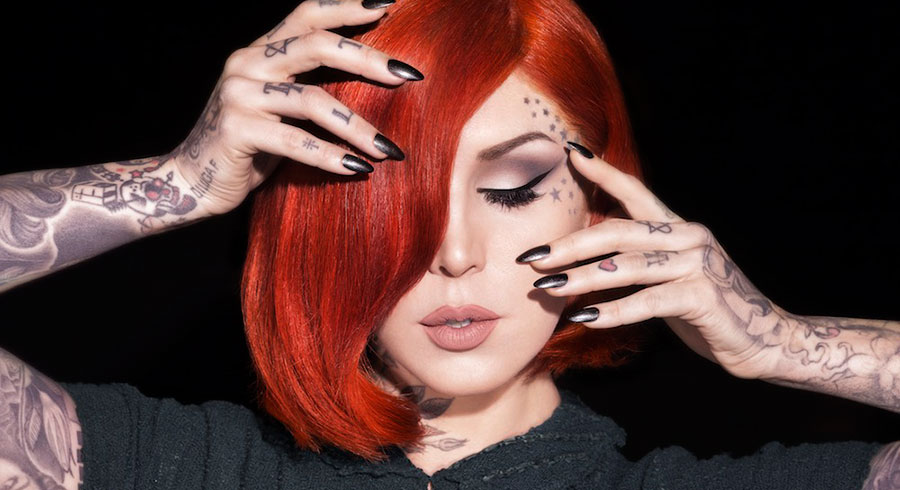 Someone of power must’ve heard us because one of the brands that we count among the 8 most raved-about beauty brands we wish were in Singapore, is making its way to our little island!

The rumours are true, and the news is out: Kat Von D Beauty will be available from July onwards, and will be sold exclusively at Sephora!

So you must be wondering, what is a tattoo artist doing creating makeup?

Well if you must know, Kat is a beauty and makeup junkie (like all of us!)

“I think I started wearing makeup when I was way too young… I must have been 12 or something.”

If she hadn’t started a career in tattoo artistry, she said that she would’ve gone into the makeup industry. She loves how makeup, just like tattooing, is a freedom of expression.

With her Studded Kiss Lipstick being the #1 Best Selling Lipstick line in the U. S, you must be itching to know what you need to get your hands on when the brand launches in Sephora on July 2016. (27 June online at Sephora.sg!) Save this article because we are about to give you the insiders’ guide to shopping Kat Von D Beauty.

We featured this in our previous article, and we’ll mention it again. The Kat Von D Tattoo Liner in Trooper is a jet black liquid eyeliner pen that has over 325 bristles to help the user create a line as thick, or thin as they want. Kat even admits using this hero product to draw stars on her temples to make them more prominent!

The Everlasting Liquid Lipstick is available in 26 shades that ranges from nudes to straight up black. It dries almost instantly upon application and the best part is that it doesn’t dry out the lips too much, and it doesn’t crack even after a long day of wear! As the name suggests, it is able to power through food and drinks, ensuring that you’ll still have your lipstick on after a plate of char kway teow.

This universal contour palette is great for everyone with every skin tone. The powder is so finely milled that it’s dummy-proof. If you’ve accidentally used too much of the product, all you have to do is to keep on blending it and it will soften itself out!

What’s interesting about this foundation? It is able to cover up tattoos (And we haven’t even talked about the Lock It Concealer yet!) Eric Soto, the official Makeup Artist for Kat Von D Beauty demonstrated this himself:

So you know this foundation definitely offers high coverage.

The Lock It Foundation is available in a whopping 17 shades and is perfect for a weather like Singapore. Once it sets, it promises to never budge!

You might think it’s rather ironic for a tattoo artist to create a product that is able to cover up tattoos. “I received some negative feedback from my tattoo artist friends when I told them I was going to create a concealer that can cover up tattoos. Well, to me it’s like, if someone has the choice to get a tattoo, they also should have a choice to cover it up when the situation calls for it,” Kat explained.

This is pigment compressed in an eyeshadow. It comes in nine shades and it will definitely add some flavour to your eyeshadow look. The best part? This can be used for other things as well! When mixed with a mixing medium (you can use the Kat Von D Lock-It Featherweight Primer for this too) , you can create lip highlights, and cheek highlights with it too!

You’ll definitely be able to pick out a colour from the 39 shades available. There’s a reason why it’s the #1 best selling lipstick in the U.S. Created with a Colour Cushion Technology, you’ll be able to get an opaque swatch with just one swipe. It also has a velvety finish, and is long-lasting.

Other than the products mentioned above, the others that will be available are:

Can’t decide what to get?

Here’s some “advice” from Kat Von D herself: