Kat Von D steps down as owner of Kat Von D Beauty. Find out what changes to expect 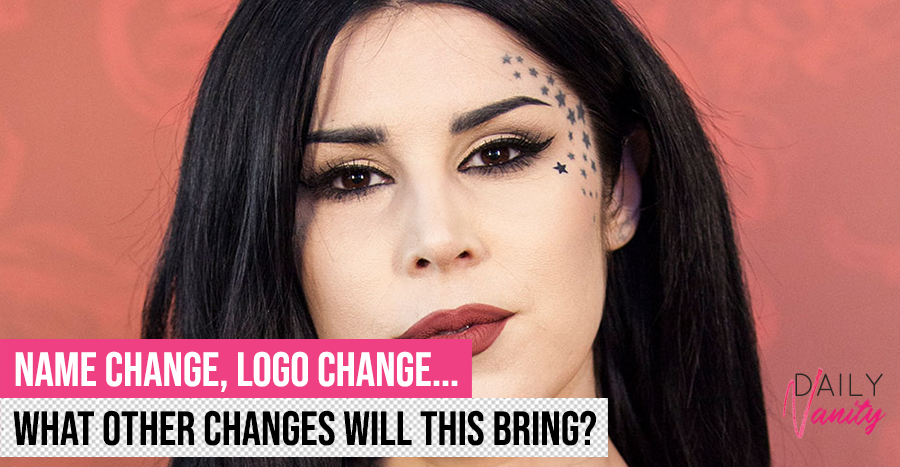 Kat Von D Beauty, your favourite vegan brand that is best known for its impressive range of liquid lipsticks and a much raved about eyeliner, is going through a massive change. The brand as you know it is going through a transformation because founder and owner Kat Von D is stepping down as owner.

This was announced on 16 January and Von D’s departure will take effect immediately; she will no longer be involved with the brand in any capacity.

Besides the change in ownership, the brand has also changed its name to KVD Vegan Beauty, effective immediately, and has announced a new logo.

According to the press release that announced her departure, Von D is leaving the beauty brand she has founded to devote more time in other creative pursuits, including her music as well as her vegan shoe brand, Von D Shoes.

“This past year has been one of great change for me,” Von D says in a statement.

“As many of you know, I gave birth to my beautiful baby boy, launched my vegan shoe line, and am now busy prepping to release my long-awaited album in the spring, followed by an international tour. As much as I wish I could balance all of this, on top of continuing my makeup line, it has become clear to me that I just can’t do everything at the maximum capacity.”

Kendo, the beauty brand incubator that also takes care of Marc Jacobs Beauty and Fenty Beauty is the sole owner of the brand now. While there is a name and logo change, the good news for fans is that the product lineup under the former Kat Von D Beauty will remain the same, and it will continue to develop new vegan and cruelty-free beauty products just like before.

Von D also says that her departure was a hard choice to make, but she is confident in Kendo’s ability to helm it. Kendo Beauty has been partnering Kat Von D Beauty since its launch 12 years ago.