Korean makeup trends 2017: Dark, straight brows will no longer be in trend 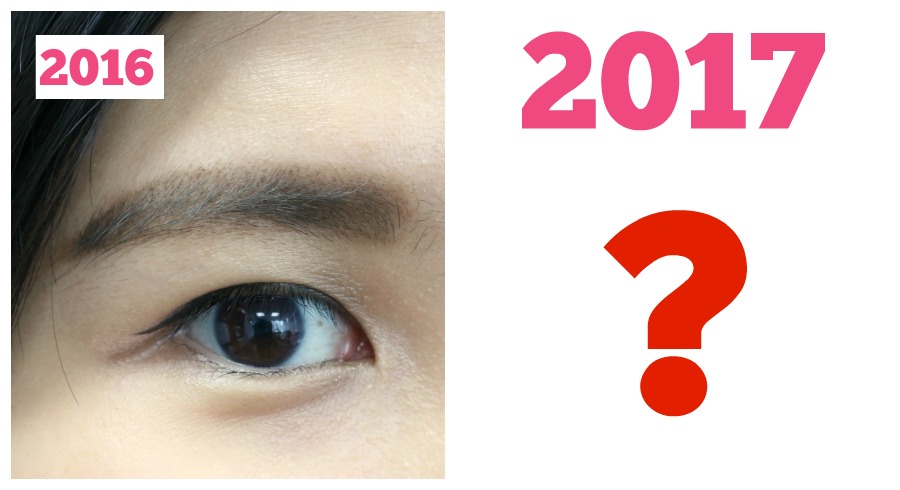 We know that dark, straight brows, dewy complexion, and gradient lips are the key Korean makeup currently. But it’s time to update your Korean makeup look in 2017! We spoke to Cat Koh, Global Training Manager of popular Korean makeup brand Laneige to find out what are the newest trends in Korean makeup next year.

1. Brows are slightly arched and of softer shades Are you still keeping to the straight brows look that are signature to Korean makeup? It’s time to re-learn it for 2017. Cat says that while straight brows are still popular because they help achieve a youthful look, “the trend is moving towards rounder and arched-shaped brows to look more feminine”.

And if have been sporting dark-coloured brows inspired by Cara Delevingne, it may be time to invest in brow makeup in light shades. “Colour of the brows are tending towards softer and lighter colour such as Khaki Brown, Light Brown or Yellowish Brown, with a ‘see through’ and natural effect,” shares Cat.

2. Been doing the puppy-eyes eyeliner look? Try something new!

Puppy-eyes eyeliner are still trending as it creates a young and innocent look. But there’s a new, trendy way to do your eyeliner, recommended by Cat. “It will be to line and extend the top lash line in darker shade, and to line the outer corner of the under eyes in brown. Be careful not to join both lash lines at the corner of the eyes but to leave it open to create the illusion of larger, wider and longer eyes,”

The trend and technique on eyeshadows are still about creating “shadows” (or “蔭影” in Korean). As such, Cat says that eyeshadows in brown and earth tones are still going to be a big part of a trendy repertoire. Apart from that, coral, pink, and red tones are going to be the trendiest shades to use too. Coral shades will be trendy for eye makeup in 2017. Pink eye makeup will also be a big trend.

Beautifully curled lashes are going to be a big trend in 2017, according to Cat. “Invest in a good mascara that has a long-lasting curling effect. I recommend the Laneige Jet Curling Mascara_EX,” Cat advises.

We know that dewy-looking skin is integral to Korean makeup, and it will continue to be trendy in 2017. However, Cat says that in the new year, complexion with dewy finish will be worn according to your skin type and concern. Use different cushions based on your skin types and needs.

She gives examples, “People with dry skin will love a dewy finish to enhance a well hydrated & dewy glowing complexion, while people with oily skin will choose a semi matte finish to balance out the oil on the face.”

Strobing has been a huge Korean makeup trend in 2016. Cat says that the see-through “con-strobing” makeup will be a key look in 2017. The term is coined by Cat and her professional makeup team, which refers to a combination of strobing and contouring techniques to achieve the perfect natural-looking complexion.

The “hangover look”, which originated from the “igari makeup look”,  a Japanese trend that was popular a few years ago, is very popular in Korea recently and will continue to be a hit in 2017. “It captures the sexy and carefree look of a girl who is mildly inebriated,” Cat explains, “At the same time, it has the adorable look of innocence.”

How do you achieve it? “The trick to create this look is to use two types of blush colours – usually pink and coral or orange shades – to create layers on the cheeks so that skin looks moisturised from inside out,” Cat shares.

“Apply blush in an inverted triangle shape placed closely to the eyes to create a reddish upper cheeks.”

Gradient lips will continue to be popular in 2017, and you’ll be seeing many more two-tone lip products launched in the new year to help achieve the gradient effect. But if you don’t think you can pull off the gradient lip look, you’ll be happy to know that dark-coloured lipsticks are also gaining popularity in Korea. Cat says that we’ll start seeing more and more people adopting dark-coloured lips in Korean makeup looks. Instead of using specific colours that are trendy in the year, Cat explains that Koreans are more aware of their personal skin tone and in 2017, you’ll see an emphasis on choosing eye and lip colours that are flattering to each individual’s skin tone.

However, if you want to keep a tab on the most trendy colours to wear, look to popular K-dramas.

“Korean makeup trends are highly influenced by the popular dramas that are aired at that time,” Cat explains.