Lancôme Broke Another Mascara Milestone In Our Books. Here’s A Look At Its Mascara History 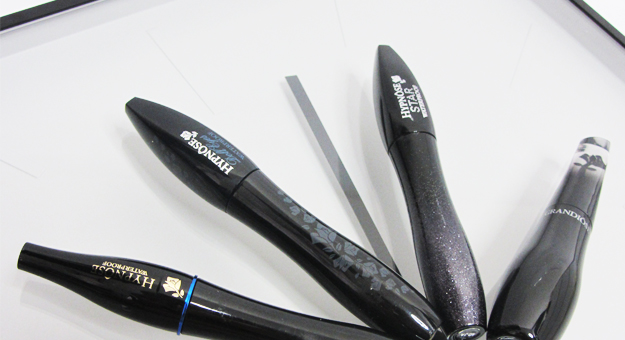 The first mascara I’ve ever owned was a Lancôme Hypnôse. I remember that was almost eight years ago when I was a fresh graduate, and was looking to start wearing makeup to work.

I asked around and a friend who was into makeup told me that it has to be from Lancôme, which, in her words, is “really good in mascara!”

I trusted her recommendation, bought my first mascara from Lancôme despite my heartache from its price tag (hey, I just started working then!) and never looked back. I am sure my first mascara set a high benchmark for the many mascaras that I used for the next eight years – if any mascara doesn’t come with a sleek packaging, good wand and superior formula, I will dismiss it.

A Look Into History: Mascara Innovator My friend wasn’t wrong to say that Lancôme is a mascara expert. In fact, the first-ever Lancôme mascara that comes with an automatic applicator is called Lancomatic and dates all the way back to the 40s, when mascaras were still solid.

And then from basics, Lancôme was on fire in developing mascaras for different and more specialised needs. In 1970, Maquicils, was launched – a pioneer that doesn’t just give the appearance of lush lashes, but also curls them as well. Come 1975, Immencils, a thickening and curling mascara formulated for sensitive eyes was launched, and in 1987, Keracils treats, fortifies and hydrates the lashes, on top of thickening and darkening them.

While our mums or even grandmas may be more familiar with the mascaras that we mentioned earlier, the mascara innovations by Lancôme that we probably remember and have used are nothing short of impressive too. Hypnôse, yes, that’s my first mascara, was launched in 2004 and is the brand’s number 1 mascara globally. Building on the great formula of this bestseller, Hypnôse Doll Eyes and Hypnôse Star were launched in 2012 and 2013 respectively.

Hypnôse Doll Eyes comes with a cone-shaped brush that helps to load mascara even on the lashes that are close to the inner corners of the eyes, to achieve a doll-eye look, while Hypnôse Star features a “black diamond” shade and dual-sided brush to create glamorous-looking lashes.

And who can forget Virtuôse Precious Cells and Oscillation. The former preserves the stem cells of the lashes to boost the appearance of lashes and also extends lash life cycle so lashes are stronger, while the latter is the first-ever powermascara that vibrates so that every lash can be coated 360° with its smudge-resistant formula.

The It Mascara Now: Grandiôse An issue that women face when applying mascara is that it’s easier to apply it when it’s on the same side of our master hand, but when applying to the other eye, we’d probably do one of the following:

Another issue is the difficulty to reach all our lashes because of the curve of our eye contours. At different part of the contour, our lash point in a different direction.

With these two issues in mind, Grandiôse was born. This mascara is equipped with the first Swan-Neck wand with high-tech bristles, which has the ideal shape effortlessly adapt to all of the eye’s curves with a flick of the wrist. The Grandiôse brush is built to be able to follow the eye’s shape precisely and access all the lashes. Curved at 25° to its axis, the stem is able to avoid the cheekbones, nose and eyebrow arch so that mascara application becomes much more effortless. On top of a revolutionary wand, the mascara also contains Lancôme’s exclusive Native Rose-Cell Extract to treat lashes, an ultra-black formula and transparent polymers that form an invisible protective film that holds the lashes without stiffening them.

Grandiôse is available at all Lancôme counters at SGD60.