9 Things We Bet You Didn’t Know About Elizabeth Arden! 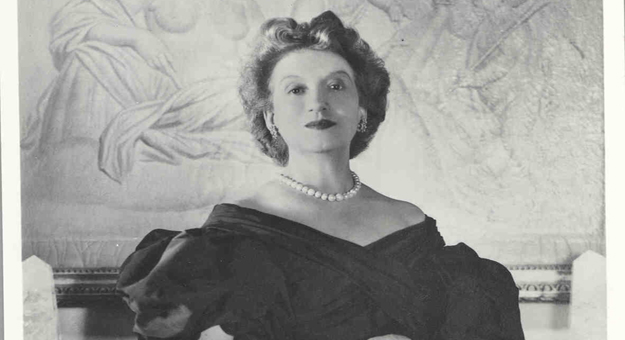 Intrigued yet? From trivia to inspirational facts, here are nine things we bet you didn’t know about Elizabeth Arden. 2)   She was named after a nurse in the 19th century who changed the nursing profession as she believed that with proper care, patients have the potential to heal.

3)   Not knowing what to do in life, she decided to follow in the footsteps of her namesake, and pursued a career in nursing – which didn’t go so well, because it wasn’t what she wanted to do.

4)   When you’re out getting a foundation, you’d spend awhile trying to figure out your shade. You have Elizabeth Arden to thank for! She was the first to create a foundation that matched a person’s skin tone. Can you imagine if we didn’t even have the choice to pick a foundation shade nearest to our skin tone? It’ll be like wearing a mask all the time. Yikes!

6)   You would think that a woman who created a beauty empire would just be in the salon, coming up with new products and doing all things ‘girly’. Elizabeth Arden does that, and she’s active in horse-racing too! She was known to be a great hands-on manager, bred her horses well and even treated them just like how she would treat her customers in a spa. 7)   Despite her success, she never forgot about those who desperately needed aid. She worked with chemists to come up with a cream that could help heal those who were injured in World War II and gave it to them herself by going to the respective hospitals – particularly children’s hospitals.

8)   She never skipped her skincare regime! Not only does she practise a good skincare routine, she also made sure she had time for yoga each day, followed by a mani-pedi session twice a week. Talk about leading a healthy lifestyle! 9)   The Eight Hour Cream, one of brand’s oldest and most popular products, got its name because Elizabeth gave the cream to one of her girls whose son scraped his knee. Eight hours later it actually got better.

Now wasn’t that fascinating? Elizabeth Arden left behind a legacy that will carry on for generations to come. She always believed in living life with a balance: giving back to the community, and achieving not just outer beauty but inner beauty as well. She’s definitely an icon to look up to.