These 7 People Went Through Plastic Surgery For Ridiculous Reasons 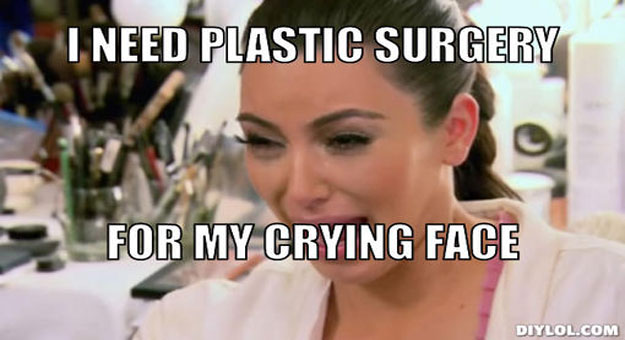 Plastic surgery is no longer a taboo subject to talk about. Many people are doing it- whether or not they literally go under a knife, or get a dose of botox. As you may know, our editor Kristen Juliet went through a session of botox for her wedding. On her big day, she looked beautiful and it was clear that the botox enhanced her features. Just like makeup, we think that plastic surgery should be done to enhance (an appropriate amount!) a part of oneself, or if it will benefit you in the long run because there are people who need to go through reformative surgery to eliminate problems in the future.

Moving on to the sole purpose of this article, if Kristen Juliet’s reason to get botox is justified, what constitutes the wrong reasons to go under the knife? Some will literally shock you, and possibly make you lose faith in humanity. She’s the lady who gave birth to octuplets. She went through plastic surgery to look like… Yup, Angelina Jolie. This is her- In interviews, Nadya says that she did not do plastic surgery to look like Angelina Jolie. But the resemblance is uncanny, no?

2. Because “Plastic is Perfect” : Mum with LLL Sized Breasts (And perhaps a LL sized butt) Lacey Wilde is a mother of six who has gone for 36 surgeries to enlarge her breasts. She now has size LLL breasts. She also recently underwent surgery to make her rear bigger. How? Well, fat from her stomach, arms, back and legs was taken and pumped to enlarge her backside. To her, “plastic is perfect.” The amount of pride she has for her boobs and butt is crazy, because she broadcasts them like how one would when we’re excited to try a new lipstick.

3. To be a better parent: Bigger Boobs = Better Mummy?

If you think that’s too much, check out this young mum who claims that having big breasts make her a better parent. Before enlarging her breasts from an A to G cup, the nineteen year old mum said that she felt conscious about wearing a bikini and so she can’t bring her son out to the pool or a beach for a swim. The size of her boobs somehow correlates to her level of confidence as she now often brings her son out on holidays. Thanks to her G-cup breasts, she can now wear skimpy clothes and bikinis.

4. To Make Your Engagement Ring Look Nicer on Your Hand: She did fillers to smooth out the lines on her hands so she can show off her engagement ring better on social media.

Sureeeeee.
(Is there even a difference other than the redness?)

5. To be a toy: Living Barbie and Ken

We’ve all heard about the infamous living Barbie who claims she can live on light and air. Move over Valeria Lukyanova, because you just got yourself a contender, 16-year-old Lolita Richi. She has a tiny 20-inch waist, a 32F bra size and wears contact lenses that give her a wide-eyed, doll-like stare. She is a real, living person.

Of course, there just HAD to be a real life Ken right? KEN (Did you see what we did there?) we just take a moment to realise how much money these people must have spent? And in other parts of the world, people would just want some money to buy food. We’re not saying plastic surgery is wrong. It’s just that it should be done for the right reasons and in moderation.

6. Because you just want them

We know there are so many people who just want bigger breasts, a smaller nose and the list goes on. Not sure about this dude though- Kurt Tay is a regular security guard who underwent surgery to get breasts. Why? Because he claims he’s vain and he just wants breasts. Another point to note is that he’s not transgender. He’s straight and recently got married to a Vietnamese woman earlier this year.

Have you heard of any other strange reasons people go under the knife?