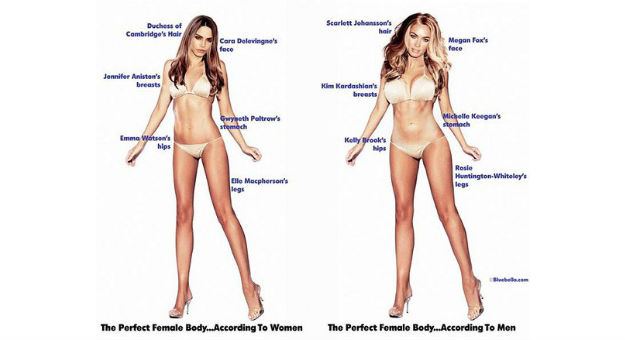 We’ve established that men and women have sometimes opposing beauty perceptions and their celebrity favourites for facial features are very different. A recent survey conducted by British lingerie and sex toy retailer Bluebella.com finds out that the perfect female body is perceived different by the two genders too. 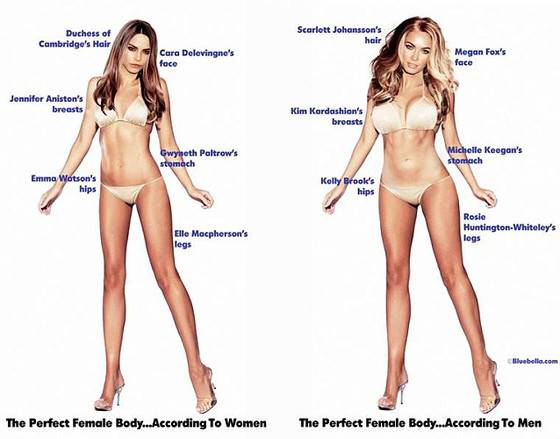 The perfect female body according to men in the survey has Kim Kardashian’s fuller breasts and English model Kelly Brook’s fuller hips. On the other hand, women who participated in this survey would rather have Jennifer Aniston’s breasts and Emma Watson’s hips.

How About The Perfect Male Body? 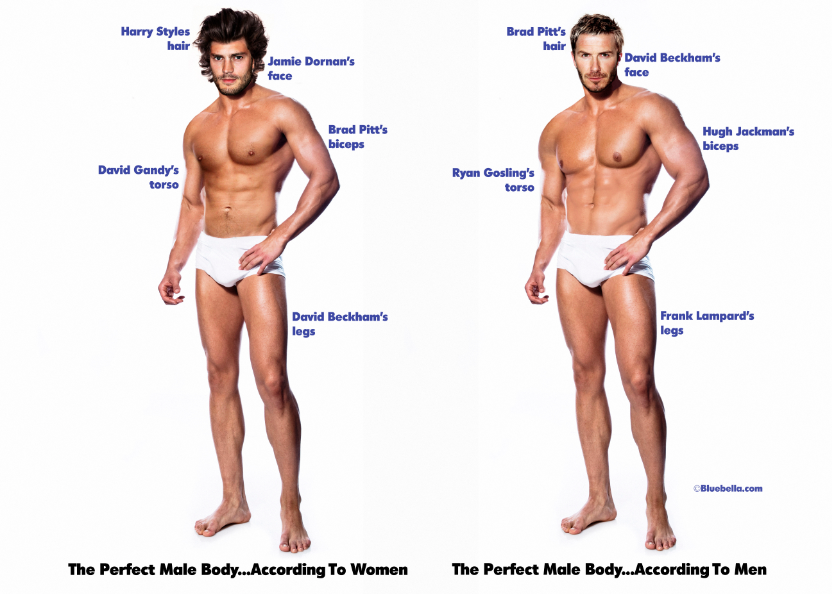 In the survey, women show a preference for British model David Gandy’s torso, Brad Pitt’s biceps and David Beckham’s legs. Men, on the other hand, would rather have the body structure of David Beckham, Ryan Gosling’s torso and soccer celeb Frank Lampard’s legs.

Do you agree with the survey results?