This is why you need to take breaks between acrylic nails 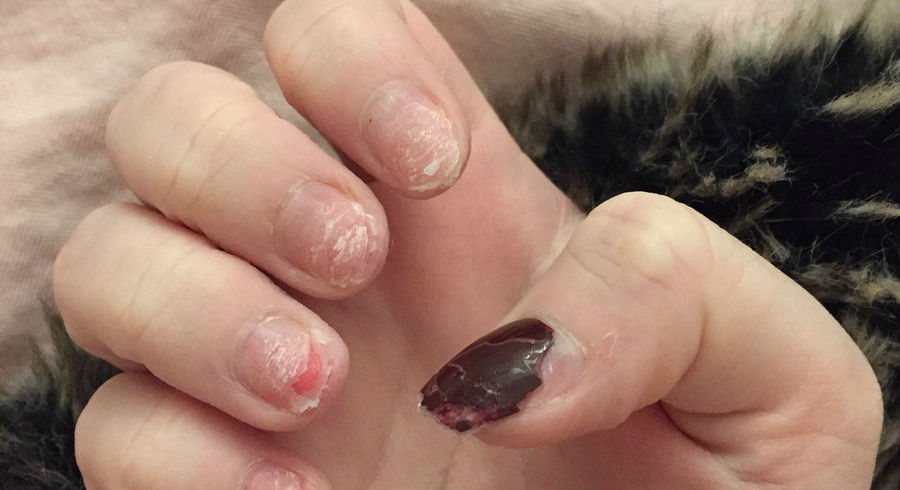 Some of us are addicted to manicures and who can blame us? Once you start getting your nails all blinged up, it just feels somewhat weird to see them bare.

An old tweet (dated 2016) that recently went viral reminds us that there’s such a thing as “over-wearing” acrylic nails. Beauty blogger Amelia Perrin tweeted a photo of her destroyed nails, no thanks to wearing acrylic nails.

a lot of people on curiouscat ask me about my acrylics, presumably wanting a set themselves. sharing these to show u the reality lol pic.twitter.com/aqVRGjPiMO

According to reports, the damage could have been due to improper removal of fake nails or the use of cheap adhesive that can cause the falsies to stick too snugly to the nail bed. When these happen, your natural nails can be ripped right off and you’ll be left with the bloody, raw mess that you see in the photo.

Amelia shared that it was painful to even shampoo her hair with her fingers. Ack!

Besides poor removal of fake nails, Amelia is also guilty of not taking a break between acrylic nail wear. Wearing them for too long disallows your nails to “breathe” and weakens them. This can result in fragile nails that look dull and break easily. Take note that nail polish can have the same effect on your nails if you don’t take breaks between manicure sessions.

What it means is this: feel free to go for manicure sesh because we all want our nails to look great. However, always remember to schedule breaks between them so that your nails can take time to recuperate.

five days later after taking two different kinds of biotin every day, still not amazing or beautiful but LOOK AT THE DIFFERENCE pic.twitter.com/T3OGcW56Tv

Thankfully, Amelia was able to reverse most of the damage by consuming biotin. We’re guessing that the break from manicure probably helped with the healing process too!