Your False Lashes May Be Why You Have Dry Eyes, Scientists Say 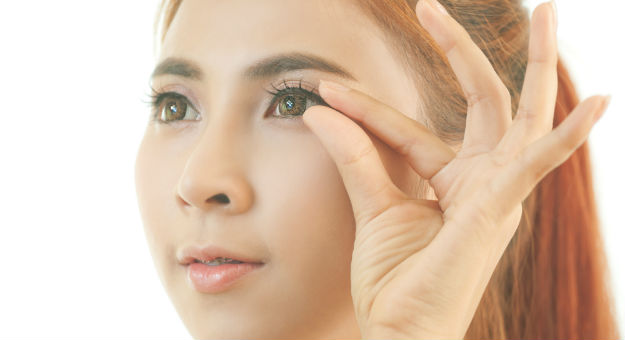 When it comes to lashes, most of us may agree that “the longer, the better”. But a recent study discovered that longer lashes cause the eyes to dry out more.

The scientists found that the length of eyelashes have evolved to be one-third of that of the width of the eye. This evolution helps ensure that lashes keep our eyes from dust and drying, without obstructing vision. They do so by reducing air flow to the eyes. Air hits the eyelashes instead of the eyes, keeping them moist for longer and also preventing particles from entering them. This study, published in the Journal of the Royal Society, warns that wearing longer lashes (from falsies or extension) may increase airflow around the eyes, hence reducing your lashes’ natural ability to prevent dust from hitting the eyes’ surface. It also means that your lashes will be less able to reduce evaporation, leading to drier eyes.

Guillermo Amador, a PhD candidate at Georgia University of Technology, who is the author of the study explained that this is why long, fake eyelashes may look good but are not good for the health of the eyes.

How the study was done

For this study, scientists measured the length of the lashes of 22 mammal species, and found that the length was always the same proportion: one-third of the width of the eye.

The scientists also put synthetic lashes on an artificial eye, and place them in a wind tunnel. Water loss and amount of particles accumulated in the “eye” during the breeze were monitored.

This experiment showed that when the lashes were in the “normal” length of one-third the width of the artificial eye, they were able to reduce evaporation and particle accumulation by 50%. When the lashes were longer, they channelled the airflow directly onto the eye surface instead, hence drying out the eyes more.

Our advice? You can wear false lashes but not for long hours. Keep them to special occasions. Also, pick those that look natural, and those that offer more volume, rather than dramatic lengths.