He Says: Unnecessarily gendered products aren’t sexy at all 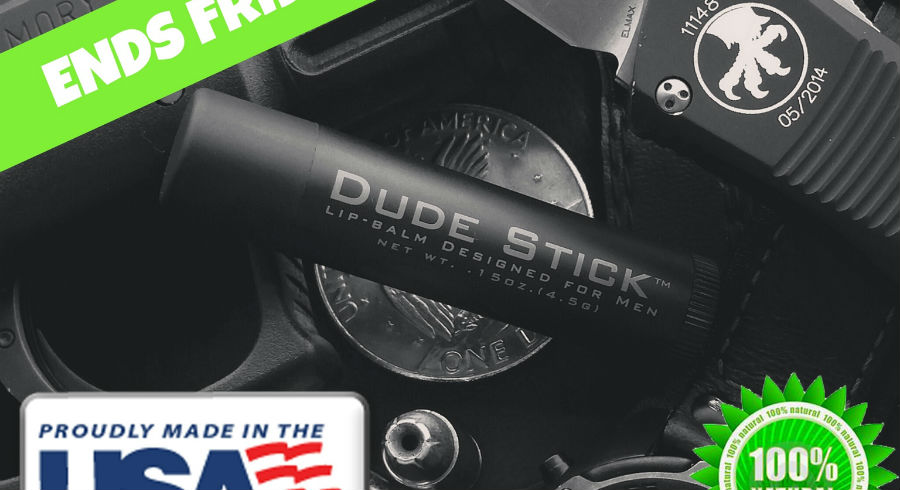 I’ve always thought that certain products didn’t need a “for men” or “for women” tag on them. I get that certain other products like tampons and even health insurance are needfully gendered, but when it comes to products like skincare, credit cards, lip balm and even toys, I’ve almost always disagreed with a gendered branding approach. It’s exclusionist (and hence, sexist) to define products as only suitable for one gender when they are actually unisex.

The product that really got me going was lip balm. There’s a lot of lip balm available on the market, largely marketed to women. Somewhere down the line, lip balm producers decided that men didn’t need to moisturise their lips, regardless of the weather. It seemed like all of us manly men were satisfied with simply walking around with chapped lips during winter season. Until another stupidly gendered product was brought to market.

Ladies and gentlemen, I present to you the manliest of chapsticks: The Dude Stick.

Look at how it has to be placed with a gun, a chunky watch and a badass knife. Look at the gunmetal black and chromed words. You can feel the insecurity dripping off the words “EDC (Everyday Carry) tactical”, a term that was initially conceived to mean the concealed carrying of handguns. That’s right: An ordinary chapstick has to be likened to a weapon before it’s socially acceptable for men to use it.

It isn’t just chapsticks. In fact, it’s gotten to the point that we’re just slapping black ink and using words like “Powerful” on things just to make them manly. Case in point:

The amount of “BRO” this ad has is ridiculous. Cut abs, a raging bull logo and a font that says “Powerful” shout masculinity issues. It’s ridiculous because yogurt isn’t a traditionally female food and nutrition-wise, it’s really all the same.

It’s not just the guys…

Ladies also face similar gendered products. Take Kellogg’s Special K, for example, is sold as a women’s breakfast cornflakes. There is no men, nor does it speak to men.

Weirdly, it’s not as if Special K has specific ingredients or is formulated for women. It’s supposed to just be a calorie-light, high-fibre, vitamin-enriched cornflake. That means men can eat it too! So why make it so female?

When it comes down to it

There isn’t a single needlessly gendered product that is not packaged to exploit the insecurity, and desire to be special, that exists in both men and women. I understand the need to feel exceptional. After all, that’s the basis behind Facebook likes. What I think needs to stop is the exceptionally lazy branding thought processes that entail the creation of these products. Products like these inherently, and invisibly, draw a senseless line between men and women and set our progressive drive towards equality back just a little bit every time.

Don’t believe me? I’ll leave you with the most pointlessly gendered product then: Tissue Paper for men.

This month they discuss gendered-specific marketing for unisex products. Click this box to find out what a woman thinks.
Topics:
brogurt yogurtdudestickspecial k