He says: Women are really bad at receiving compliments 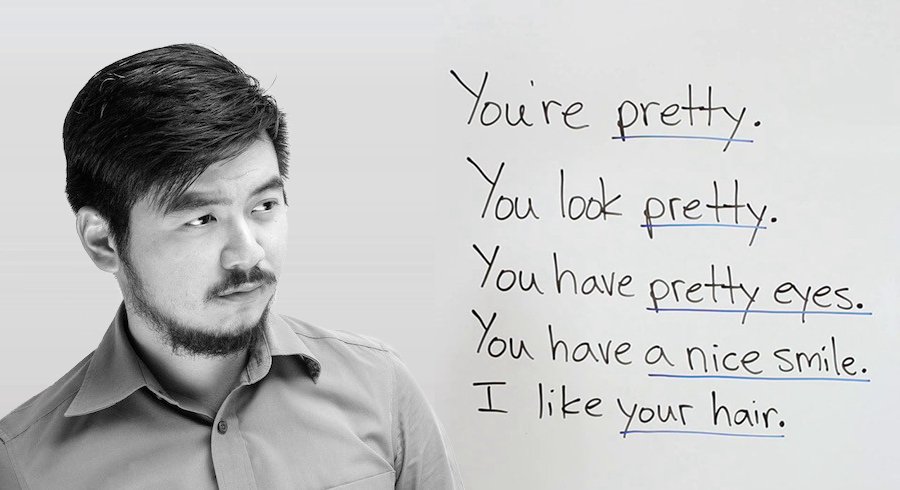 Women are generally just really bad at taking compliments and being happy with them. It sounds judgemental, but as a man, I can safely say that we get judged heavily by women whenever we make a compliment. It’s rare to get a woman to even acknowledge our compliments.

I hang around women enough to know that a large subset of the female population does like to be complimented. The problem is that each woman is uniquely specific on which compliments that are made by men are valid and which ones aren’t. I mean, just look at this list of what is or isn’t valid:

That’s just the tip of the iceberg.

Compliments sometimes crest that thin red line between positive and downright creepy. Problem is that the line keeps shifting. You see, let’s say a girl wears a nice dress that makes her look really hot. If a guy makes a safe compliment like “You look good in this dress”, it may not be enough. But if he risks it and say “You look very hot in that dress”, it could blow up in his face as well because he could come across as creepy. It’s not easy, and either way, we stand a good chance of a negative outcome.

What if we’re talking about a colleague?

You know, the thing about colleagues is that you have to be close enough before you can compliment her as a man, without sounding creepy. Make a compliment too soon, and suddenly the guy is a creep and could potentially be making a visit to HR for an education in the company’s harassment policies. So you see, when anything can be misconstrued as harassment, it’s easier to say absolutely nothing.

If you’re close, that a problem too. Closeness is a double-edged sword because once you’re close, it’s hard to compliment her without being put down. Common retorts include “Oh, so I only look nice today?” or “No lah, where got nice?”

At the end of the day…

I think the only time a women accepts that she is indeed worth the compliment, is when she actually wants to let you compliment her.

So maybe, just maybe, women should open their hearts a little bit more and accept our compliments. If we say you’re pretty, you really are pretty. If you didn’t do something to your hair, but it’s looking good effortlessly to us, that compliment isn’t BS. A quick “Thanks” will suffice. If we’re looking good as well, a quick compliment back at us is more than welcome!

Of course, if the compliment is “nice ass”, then you’re at complete liberty to shut him down like the douchebag that he is. Heck, I’ll even slap him in the face for you.

This month they talk about the 'dilemma' of giving and receiving compliments. This is one of the rare occasions where they agree on several things. Click this box to find out what a woman thinks.
Topics:
complimentshow to give compliments