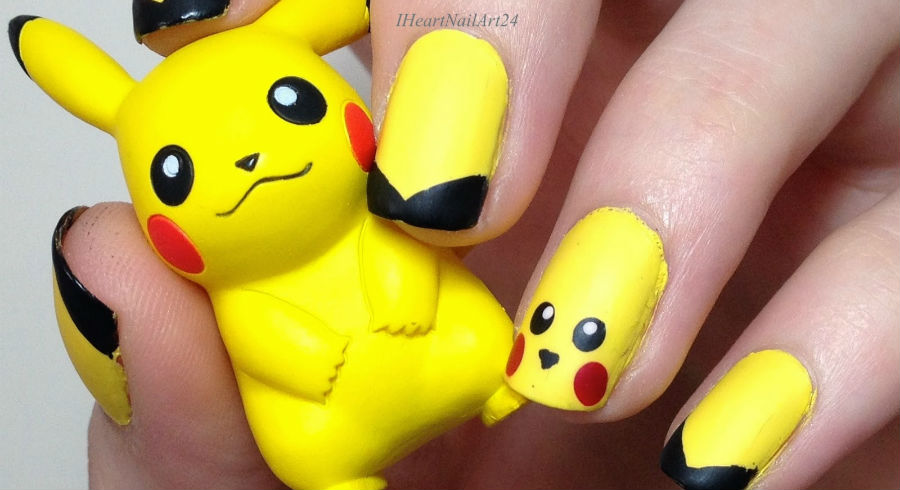 Pokemon Go fans have been eagerly waiting for the game to arrive in Singapore and now their dream has finally come true! But whether or not you’re going to get busy with catching some virtual Pokemon, you can still be part of this fun craze – by sporting Pokemon-inspired nails! We’ve curated some of our favourite ones that you can recreate yourself or show to your manicurist.

Even non-Pokemon fans will be familiar with Pikachu, the adorable and chubby character in the popular game and anime. Creating Pikachu-inspired nail looks is also a great way to use that bottle of bright yellow nail polish you’ve bought but never found the chance to use. Here are five we love: Click to the next page to see more Pokemon-inspired nail looks.

The simplest Pokemon manicure ideas to pull off are probably those that feature the Pokeball. Made up of just red, white and black, and very clean lines, Pokeball-inspired nail looks are achievable even by nail novices. We chose these four to include in our list: Click to the next page to see more Pokemon-inspired nail looks.

Nail looks with a variety of Pokemon characters

If you’re up for a challenge, these “catch ’em all” inspirations will definitely be up your alley. Here are eight we love: