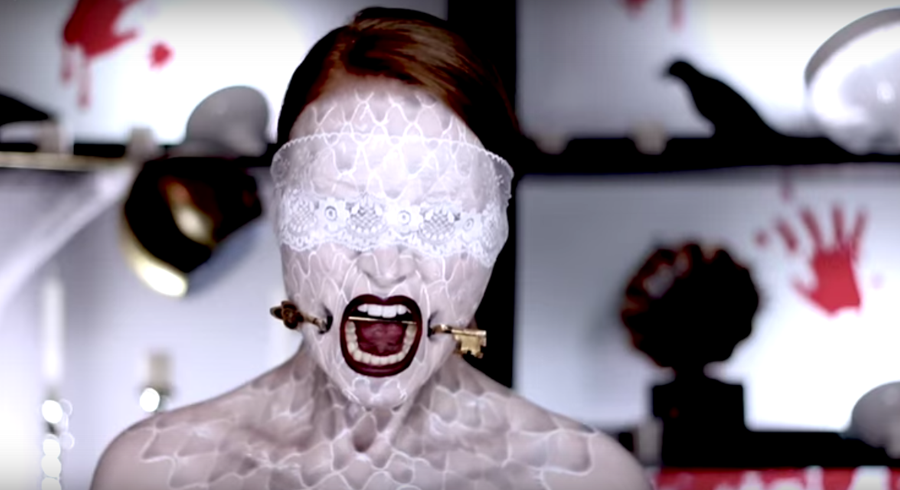 Halloween (31 October) is just two Saturdays away! For the past week, we brought you some Halloween-spiration; nails worthy to go trick or treating with, scary zipper looks that give glimpses of your insides, fancy and adorable hairdos, special makeup effects… But if you are still looking for more ideas, why not turn to your favourite fictional character or celebrity spirit animal? Here are six of the coolest Halloween looks inspired by pop culture.

1. Disgust from Inside Out

Inside Out is this year’s cutest movie and Disgust is my favourite character (Mindy Kaling, yay!) To look like her, have fun with a lot of green face paint and crazy big eyelashes. Don’t forget to match it with a sassy attitude!

I’m not really into villains but I love how queer Harley Quinn is and I’m not the only one. Earlier this year, DC Entertainment made February 2015 ‘Harley Quinn Month’! While we wait anxiously for the release of Suicide Squad next year, why not dress up as her for a night?

American Horror Story is into its fifth season and I’m still way too frightened to watch it (Recaps are the way to go.). This basically means that most of the characters actually make very good Halloween looks. If you appreciate elaborate details, and have quite a bit of time to spare before the party, this is one look you should try.

Ruby Rose is everyone’s new girl crush. She is a model, a DJ, a television presenter and recently starred in the latest season of Orange is the New Black. We will probably never be as cool as she is but we can attempt to look like her at least for one night. Check out Kandee Johnson’s awesome step-by-step tutorial!

My messages cannot live without emoji-s. And if you’re like me, show some love for your favourite facial expression by becoming one.  ;-)

Snapchat rolled out lenses last month to up our selfie game and one of them has us puking rainbows. I thought it was the coolest thing ever and promptly downloaded the app, just so that I can have a rainbow cascade down my neck. But guess what? We can have that in real life too. Let YouTuber Brittany show you how!