Would You Wear Your Hair Band At The Back Of Your Head? 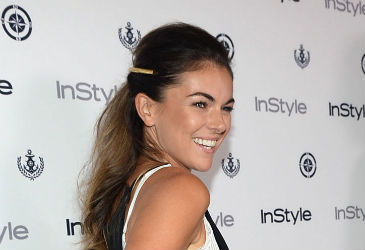 I love hair bands. It’s my favourite hair accessory since I was a girl. Besides wearing them everywhere, I also love to get “creative” with them. Sometimes I slide my hair band to the front of my head and imagine it were a crown, and sometimes around my neck as a choker. There are other times I wear them at the back of my head, but I never knew what it resembled.

Now, I realise I’m probably ahead of the style pack. The “trend” of wearing the hair band at the back of the head was probably first seen on the runway, on Balenciaga’s models in Spring 2013. This look reappeared again on the runway of Chanel for its Fall 2013 showcase. And it’s not just the runway that loves this look. Serinda Swan, actress of Tron, has also appeared on the red carpet, sporting her gold hair band proudly at the back of her head. Looks like it may just be a trend to stay. While it looks kind of odd at first, the look grows on me. It also resembles having two hair pins on each side of the temple from the front, except that it is more convenient to wear and gives photographers more angles to take.

Would you try this trend?