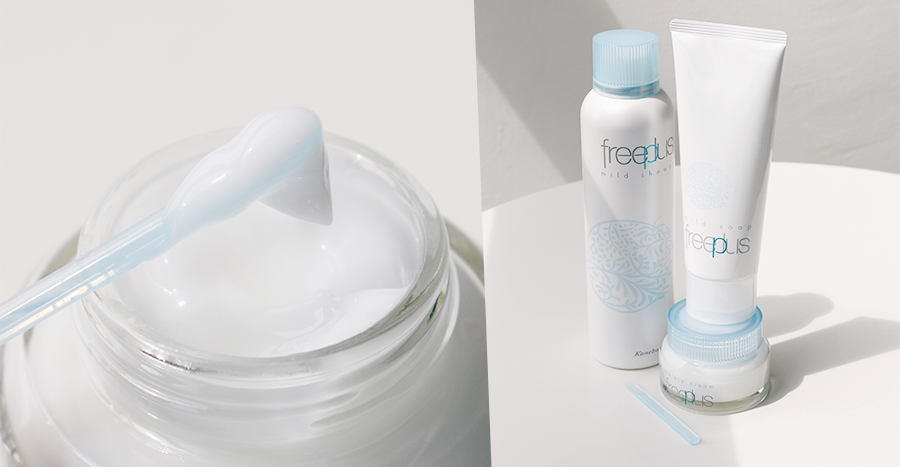 Our skin isn’t just the largest organ in the human body – it’s also the first thing others lay eyes on when they look at us. It’s a huge part of our very being, so it goes without saying that having sensitive skin would cause problems to surface (pun intended) in our daily life.

Those with sensitive skin will tell you just how unpredictable things can be. You’d never know which beauty product will trigger a reaction and send you off in waves of unbearable itchiness. In fact, external aggressors like our urban environment as well as stress can also cause redness and dryness.

A hot day will have you scratching away like a maniac too, which reminds us how blessed we are to live in one of the most humid countries in the world. 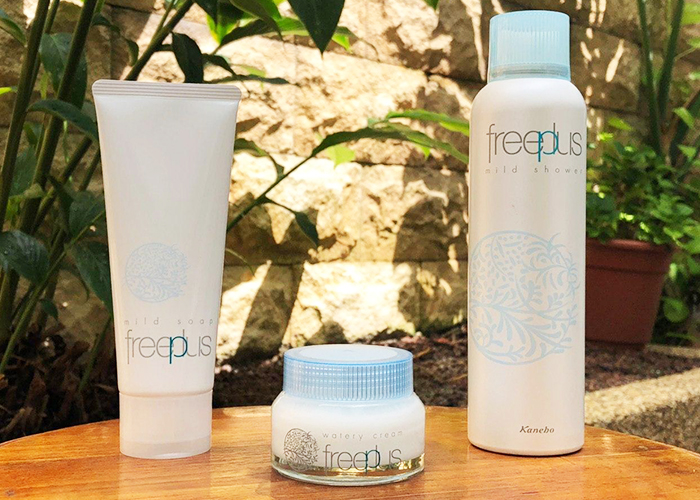 If you’re itching at your skin this very minute or swallowing antihistamine pills on a regular basis, fret not. There are still viable solutions out there, and one of them is the Freeplus range for sensitive skin. All three products from the skincare line have taken common irritants like fragrance, alcohol, and colouring out of the equation to soothe irritated, red skin instantly. The formulas are also hypoallergenic and made with oriental herb blends, so they’ll definitely get along with your skin. 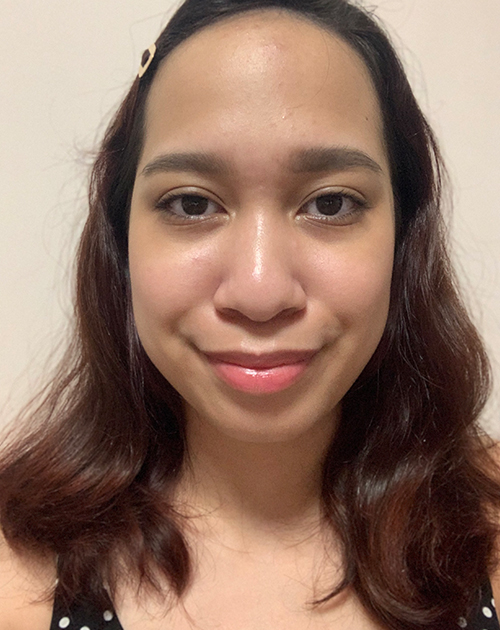 “There’s no denying that good skin is a huge confidence booster. I’m a fan of insane makeup looks, but I like being able to take things down a notch and wear as minimal makeup as possible, which is why I’d love to be comfortable in my own skin. In this industry, it’s all about first impressions, so I want to be able to look good and feel good.

Having sensitive skin is more of an inconvenience to me. When I need to give my skin a little scratch, it erases some of the makeup on my face and leaves patches everywhere. It makes me feel a little insecure when I’m out, so I constantly have to check on my skin.

Thicker formulas that don’t absorb well and intense fragrances are the main triggers for my sensitive skin. When my skin encounters those, it gets itchy and breaks out sometimes. I’ll also experience redness, especially around my nose area, and a stinging sensation around my eyes.” “I am quite particular about having good skin as it’s the very first thing that affects the way you look. With good skin, I’ll be able to wear less makeup and have a more natural look – I’m not a huge fan of heavy, cakey makeup.

My skin is extremely sensitive to fragrances and essential oils – I’ll get red, itchy patches at first and eventually pimples. It’s also very sensitive towards occlusive ingredients that are usually present in moisturisers, such as petrolatum. As such, it’s hard to find an effective moisturiser that keeps my skin hydrated without causing breakouts. Whiteheads would start to form on my skin when the air is dry too.

I often cover red patches and whiteheads with concealer when they suddenly appear, especially when I’m on the go. I’m aware that covering these sensitive areas with makeup may make things worse, but I feel unpresentable if I don’t do so.” 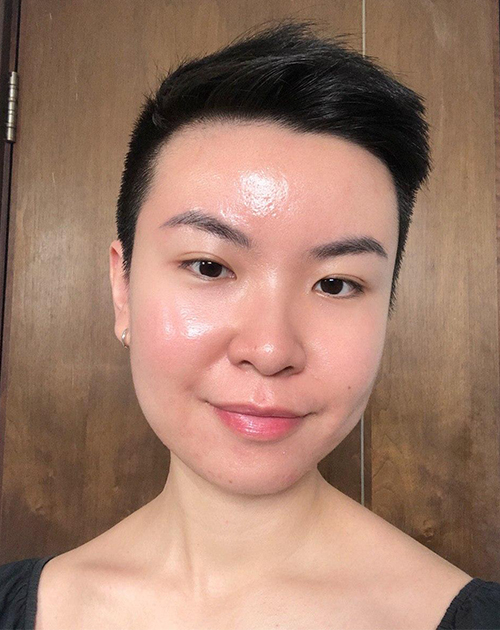 “Since my teens, I’ve been plagued with a double whammy of acne-prone, sensitive skin. Choosing the right beauty products for myself always felt akin to conducting a science experiment. After scrutinising the ingredient list for alcohol and fragrances, I’d cross my fingers and hope I don’t get a nasty breakout.

I’ve experienced surprise allergies and acne that have sent me straight to the dermatologist the very next morning. Rashes, dry and flaky patches, red flare-ups – you name it, I’ve had it. Oh, and my body also comes with a built-in stress alarm that’s embedded in my skin. If I’m feeling frazzled, the activation of extreme itching will act as a literal red alert. How fun.

My sensitive skin affects my daily interactions too. When people cut me off in the middle of a conversation to ask about my skin, it makes me want to crawl into a ditch. It doesn’t help when their eyes are fixed on the red patches too – it only makes me feel more self-conscious and well… sensitive.”

First impressions of the Freeplus range 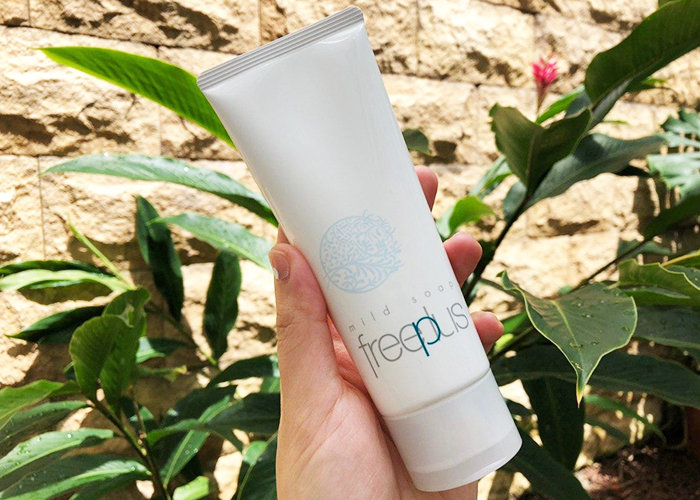 Alyaa says: “I particularly liked the minimalist design of the product! After cleansing, my skin felt soft and supple and I noticed that the pores around my nose seemed a little smaller and tighter. It also effectively removed any residual makeup on my face and eyes without irritating it or causing any redness, so I was very happy about that.”

Melissa says: “The first thing that gave me the green light to try it out was the fact that there’s no fragrance. It lathers up really quickly and feels extremely soft on the skin. My skin didn’t feel too dry after but it felt and looked clean. My skin appeared slightly brighter after cleansing too.”

Jade says: “This cleanser has a silky texture that lathers up effortlessly to produce a soft foam. It felt nice and smooth as I massaged it on my skin. When I rinsed it off, my face didn’t feel taut and stretched like it usually does with other cleansers. There were no signs of redness on my face after cleansing too, which bodes really well.” 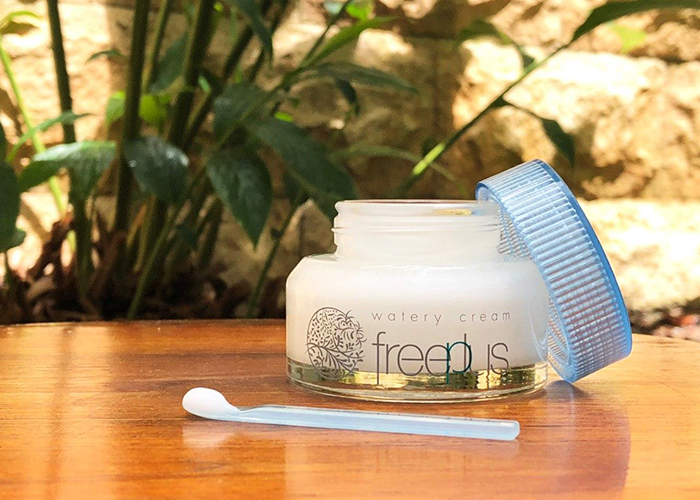 Alyaa says: “After applying the Watery Cream, my skin felt very nourished and moisturised – almost as though it was parched and drank every ounce of the product I applied. I was feeling a bit of irritation on my forehead, nose, and chin because of the hot weather, but this had a cooling sensation that helped to calm down my skin. It absorbed quickly and left no greasiness behind, which is very important for me.”

Melissa says: “The glass tub the moisturiser is housed in feels quite luxurious! Like the cleanser, the texture of this moisturiser felt comfortable when I spread it on my skin. It absorbed pretty quickly too, leaving my skin feeling adequately moisturised.”

Jade says: “I’m a sucker for gel creams, so I was thrilled to slather this moisturiser on. Once I spread it across my skin, it melted into a refreshing liquid, which felt incredibly cooling and soothing on a warm morning. When all the goodness had been soaked up, my skin looked plump and hydrated without a trace of greasiness.” 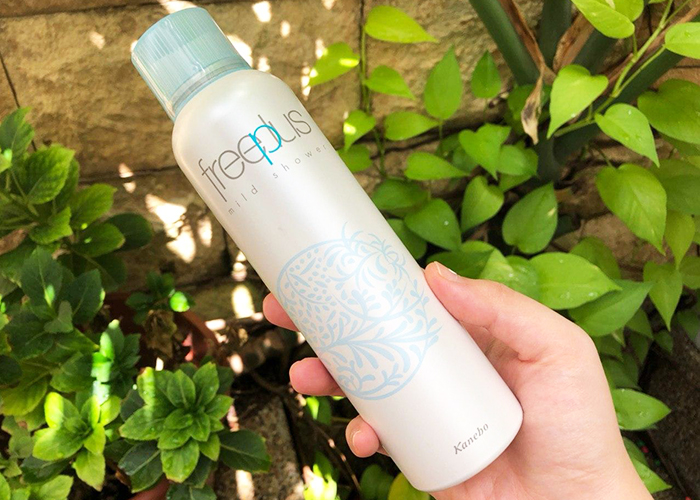 Alyaa says: “More body lotions have been coming in the form of sprays, so this isn’t exactly new to me. But I was pleasantly surprised by was how fine the mist was. It really feels like a shower and it’s easy to use too! It leaves the skin feeling refreshed right away. My skin felt hydrated and I didn’t feel any dryness or itchiness after.”

Melissa says: “Indeed, it feels like I just took a shower right after spritzing it all over my face. It absorbed really quickly and left a cooling sensation. This will work as a good midday pick-me-up!”

Jade says: “I always have a mist within arm’s reach to extinguish a flare-up fast. Thankfully, this water-light spray-on lotion does the trick. It spritzes a fine mist that covers large surface areas like my arms, legs, and chest, so it’s an effortless product to use. The Mild Shower provides an ample amount of moisture and it doesn’t feel heavy or sticky on my skin too.” 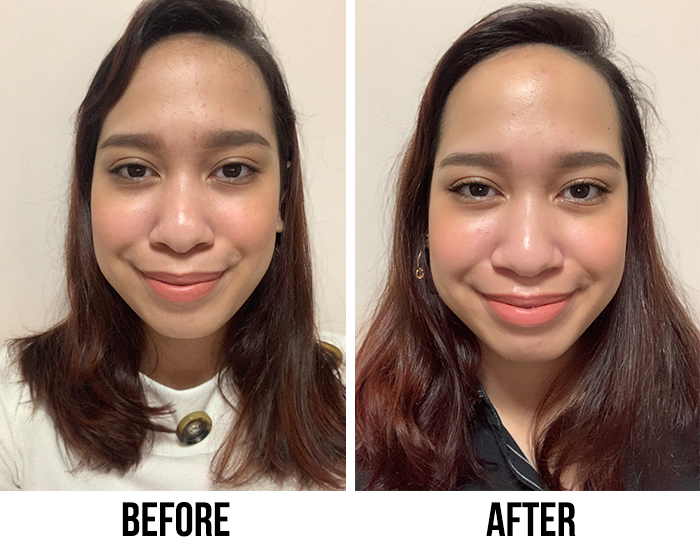 Alyaa is wearing blush, lipstick, and has her brows done, but she’s not wearing any foundation or concealer in both pictures!

My skin looked and felt more balanced and my eyes had gotten zero irritation. I also realised that my skin was less irritated when it was hot! It felt much softer and looked healthier. The dry patches on my face smoothed out over the week and the bumpy texture on my forehead disappeared.

Sensitive areas around my nose felt more moisturised too, and my T-zone doesn’t look overly greasy. The Freeplus Mild Soap A is my favourite product from the lineup as it helped smooth out the texture on my forehead, so that’s a big winner for me! On top of that, it thoroughly cleansed my skin and removed residual makeup without causing irritation to my eye area.

Overall, I’m happy with the range and how it made my skin look healthier, smoother, and more radiant. 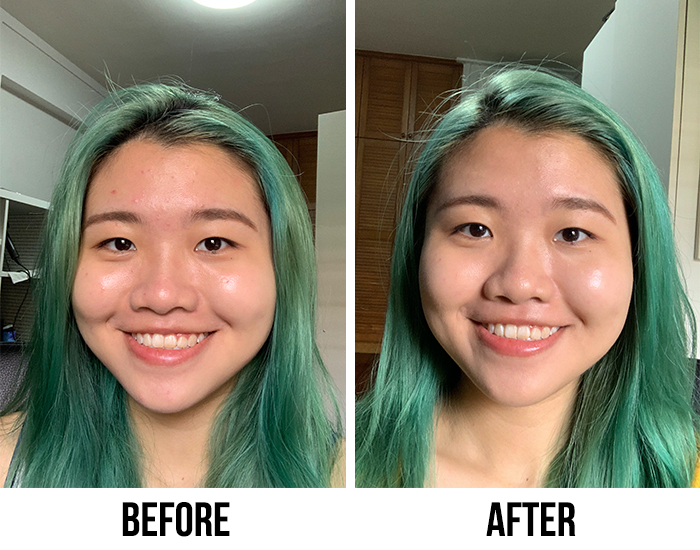 Melissa has her brows done, but she’s not wearing any foundation or concealer in both pictures!

I experienced fewer red patches and breakouts, so I don’t have to apply concealer as much now! My face doesn’t feel as itchy as before too. The combination of products has also kept my skin adequately hydrated, so my skin produces less oil during the day.

I noticed much less flaking too, which helped my makeup stay on longer and look better. Out of the three products, the Freeplus Mild Shower is my favourite! It acts as a 2-in-1 product: it refreshes my skin throughout the day and calms down any sudden sensitivity. 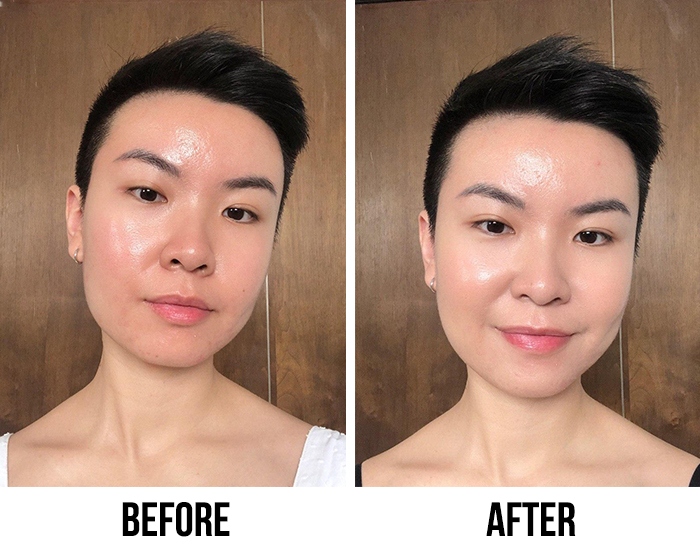 Jade has her brows done, but she’s not wearing any foundation or concealer in both pictures!

After using these products for a week, I literally feel more comfortable in my own skin. My skin doesn’t appear as flushed or irritated as it used to, so I’m glad I look less like a tomato and more like a human. Red blotches on my body used to stand out starkly on my face and chest, but after using the trio of products, they’ve been significantly reduced.

My favourite product of the bunch is the Freeplus Watery Cream. It’s light enough to be used during the day yet hydrating and nourishing enough to be used as a night moisturiser. I don’t turn into an oil-slicked creature in the middle of the afternoon, and my face doesn’t feel tight when I’ve been cooped up in an air-conditioned room for hours. My skin tone looks more even after a week too, which is an unexpected bonus!