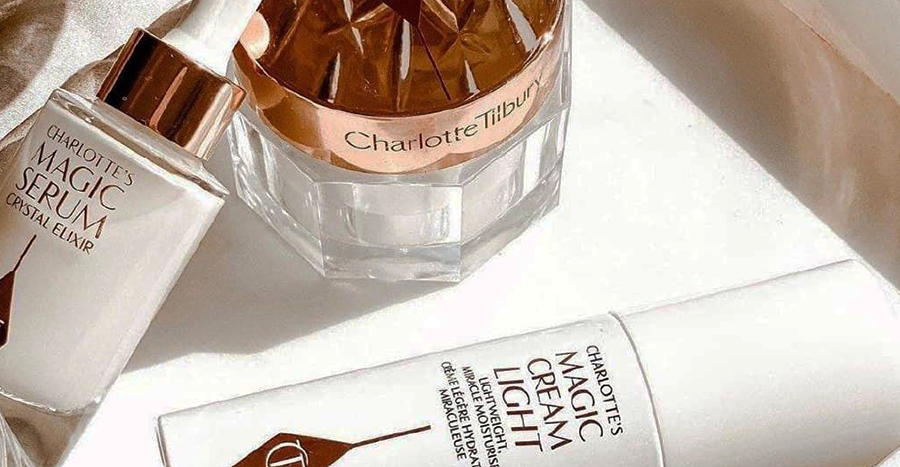 When it comes to skincare products by Charlotte Tilbury, the Charlotte’s Magic Cream is definitely at the top of most people’s minds.

In fact, during an interview Daily Vanity had with Charlotte Tilbury herself, the celebrity makeup artist said that if she had to lose her entire beauty stash and could only save one product to use on all her clients, it would be the Magic Cream.

On Sephora, where Charlotte Tilbury products are stocked in Singapore, this product received a 4.5-star rating, with many impressed with the glow they were able to achieve from this moisturiser.

The Charlotte’s Magic Cream is formulated not just to nourish the skin but also to prep the skin for makeup. The Magic Cream Light, on the other hand, is also super hydrating, but is a lot lighter and offers less of a priming effect.

However, the Magic Cream light comes with SPF20 to defend the skin from UVA and UVB rays, making it a great option for indoors use if you don’t intend to pile on more product.

The texture difference between the two products is definitely the most apparent feature you’ll notice. 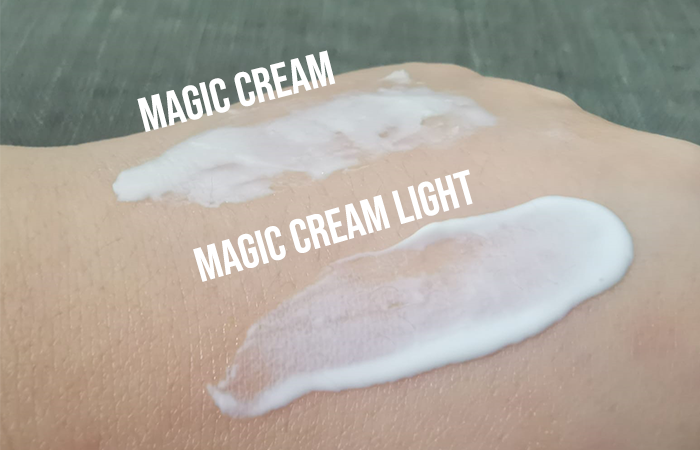 The original Charlotte’s Magic Cream is significantly thicker than the new Magic Cream Light. The first time I used the Charlotte Tilbury Magic Cream, I felt that its texture is similar to that of Hazeline Snow Cream (the traditional moisturiser that perhaps your grandma or mum have used in the past). It’s got a balmy texture that “melts” down into a cream once you warm it up with your fingers.

The Magic Cream Light, on the other hand, pumps out as a fluid that is lighter than a lot of other moisturisers in the market. It glides on easily onto the skin and absorbs almost immediately.

Like I’ve mentioned, I’ve been using Magic Cream for a long time and while I find that it’s a little thick and rich, I’ve always found that it soothes and nourishes my skin, especially on the drier areas, such as around my nose. It delivers a very obvious glow right after application and interestingly, while it’s a little rich, it primes the skin nicely and doesn’t interfere with my makeup.

Magic Cream Light is a lot more comfortable as it glides on more easily and doesn’t weigh down on your skin at all. In terms of hydration, it is still sufficient, even though it is evidently less nourishing than the Magic Cream. Like the Magic Cream, it also delivers a natural-looking glow to the skin, but I find that it has less of a priming effect.

Because of the lightweight of Magic Cream Light and its inclusion of sun protection, I find that I tend to reach out for Magic Cream Light in the day, especially if I’m not intending to wear makeup or am working from home.

I like that it nourishes the skin without weighing it down, and gives my complexion a subtle glow so I won’t look tired in video calls, even if I were bare-faced.

And as a side note, the Magic Cream Light is packaged with a pump, which makes it a lot more convenient and hygienic to use, compared to the Magic Cream, which comes in a jar.

Charlotte Tilbury Magic Cream, however, is still my go-to for heavy duty. On days when my skin feels parched and tight, the Magic Cream never fails to perk it up immediately, giving it the intense hydration that it needs.

So which Magic Cream should you go for?

Go for Charlotte’s Magic Cream if:

If you’d like to try a smaller jar of the original Magic Cream, you can get it at S$50 for a 15ml – it should give you a good sense of the product before you invest in a larger one. You can get the smaller jar here.