This teeth whitening kit is not HSA-approved and causes migraines?! How many of us shy away from warm-toned lipsticks because it makes our teeth look more yellow? How many of us are self-conscious when we laugh or smile too widely because of the colour of our teeth?

Several common reasons can cause the yellowing of teeth, such as smoking, and caffeine. Furthermore, the teeth’s natural healthy state is not paper-white but actually slightly yellow, which has come to be seen as aesthetically unpleasing in our society.

It’s totally understandable that many of us actively seek teeth whitening solutions, but do make sure that whatever you’re buying is at least HSA-approved for its stated purpose. A recent article published by SureBoh highlighted the importance of this point when a contributor (who asked to remain anonymous) exposed the Beautiful Teeth Whitening Kit as not only not being approved by HSA, but also causing teeth problems with users. The contributor had sent in an email to HSA to ask whether the Beautiful Teeth Whitening Kit had been approved by them, and also sent in an ingredient list.

HSA had replied that the product was not approved by them. They also mentioned that it contained a much higher concentration of hydrogen peroxide at 4% than is allowed to be sold for the purpose of teeth whitening without going through a dental practitioner. 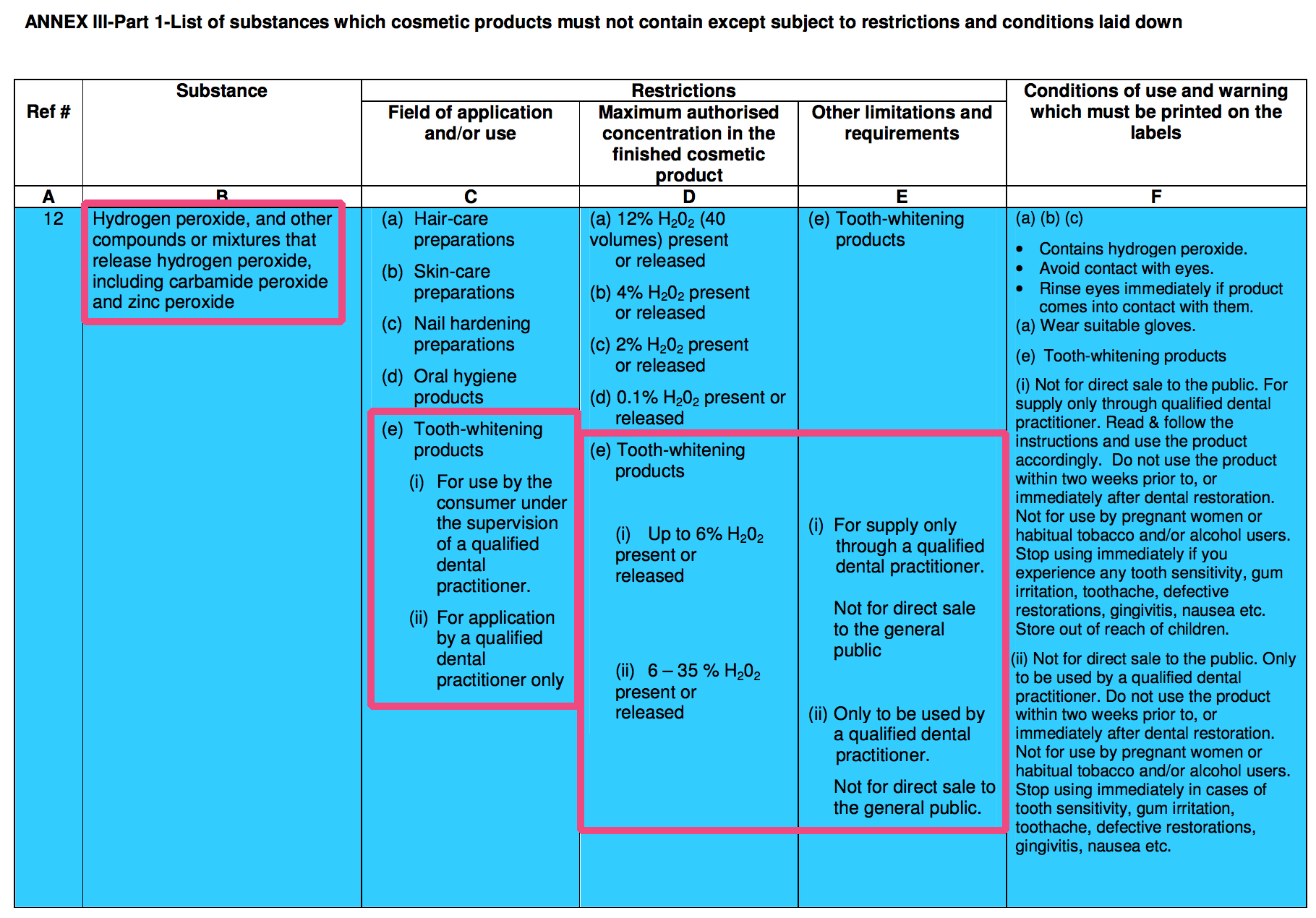 Daily Vanity has verified this by looking at the ASEAN Cosmetic Directive mentioned in the email. Under Annex III Ref 12, it is mentioned that hydrogen peroxide can only be used in tooth-whitening products if they are dispensed under the supervision of a qualified dental practitioner and “not for direct sale to the general public”.

Instead of going through dentists, the Beautiful Teeth Whitening Kit is being sold freely through online channels, as well as via a business pyramid.

It’s also important to note that the ingredients list provided to consumers does not at least provide the concentration of hydrogen peroxide being used, which is generally required for an active ingredient.

From the screenshots provided by the contributor, it seems that he or she might have been involved in the business pyramid selling the whitening kit, which might explain how he or she was able to provide a concentration of hydrogen peroxide within the product for HSA’s perusal.

It is particularly disturbing to note that this anonymous supplier of the Beautiful Teeth Whitening Kit found it a waste of time and money to send the product to be approved by HSA for the safety of their consumers. 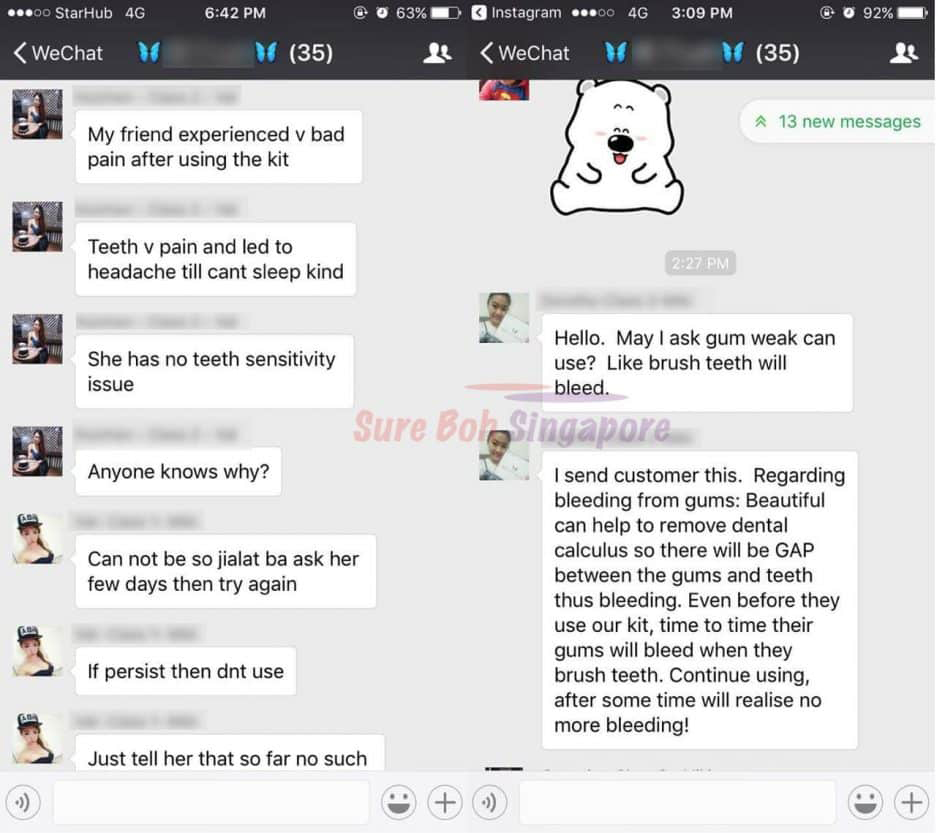 Of course, it is also possible that many consumers have used this product without any significant problems, and perhaps even with positive results.

However, unfortunately, it seemed that the product did cause problems for some of its users. According to this screenshot, which we speculate might be a group chat for the business pyramid selling this product, a consumer was reported as having toothache so painful that she had trouble sleeping even though she had no prior tooth sensitivity. Another user may have reported an issue with bleeding gums, which caused the dealer to double check with other dealers if the product was suitable for those with weak gums.

Hydrogen peroxide is, of course, used quite freely in other preparations such as hair bleach, skin disinfectants, skincare products, and even some mouth gargles. However, the difference here is that the hydrogen peroxide in tooth whitening solutions contacts our gums, typically a sensitive area, for as long as 30 minutes straight. Because you have to let it sit there for so long, there’s also a high chance that the user might accidentally swallow some amounts of it via saliva.

It does have efficacy for tooth whitening, but it’s likely that some users with underlying gum or oral nerve issues might not be suitable for this kind of treatment, and there’s no way of telling if you are one of these people unless examined by a qualified dental practitioner first.